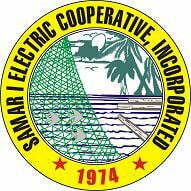 The end of April/beginning of May has not been a good time for keeping the electricity on around here.  Today is Thursday, 1 May, and so far this week we have had 4 brownouts.  Brownouts, for those that may not know, are what they call blackouts in the Philippines.  Brownouts seem to be pretty common in the Philippines, at least they are in my neck of the woods.  At least a couple of those brownouts were short.  They were less than 10 minutes each, but not so for the other two.  The first long one, a couple of days ago, was over an hour.  It was not so hot that day, so that was not so bad.  Today however is a different story.

Around about 1145 we had a brownout.  I figured it was “just another brownout”.  Well maybe it was, now that I look back on it “just another brownout” also.  It seemed that at least today there was a good reason for the power being out.  After logging off my computer, I went outside where I could feel a little wind blowing on me.  It’s a hot/humid day today.  While outside it was suggested that the power is off because of a truck hitting the wires.  I looked down the road, by the end of the Ciriaco, and, sure enough, a large truck that was going by with a bulldozer on the back of it was too high and hit the low hanging cable.  When I first saw it, the cable was wrapped around part of the bulldozer and the driver was checking it out.

At this point I’m not sure if the wire is live or not, but I decided to go get my camera to take a picture of things.  It was not sparking while it was wrapped around the bulldozer, so it’s probably not live.  If it’s not live, then why is the power off?  I stopped for a quick CR break and by the time I got outside with my camera again, the truck was gone.  I didn’t even consider that he might just leave.  The cable was laying in the road with cars driving and people walking up and down the street.  Everyone here at the house decided to stay away from the wire until Samelco arrived, just in case it was live.  I’m thinking to myself, oh great, this is going to take all day to repair.  After getting the camera, it turned out to be too sunny to get a good picture of the wire.  Besides, I wanted the truck with the wire on it.

By now I’m wondering if anyone has even called Samelco about the problem.  None of my relatives have called because they say they don’t know the phone number.  I don’t know it either, but I have a lot of receipts and things from Samelco, so I figured there would be a phone number on one of them.  I figured wrong.  Not one phone number on any of the 3 different kinds of correspondence I have from them.  That just doesn’t seem right.  That’s something I need to put on my To Do List.  Also today is Philippine Labor Day, and I’m not sure if Samelco is even working today.  I think it’s only for government employees, but I don’t really know.

Just when I’m about to start cussing to myself, I noticed a Samelco truck by the cable.  I’m not sure if someone called them or they just happen to be passing by.  It is the main highway and they do travel up and down past here often.  I guess the wire was not hot because the guy picked it up bare handed and tossed it to the side of the road.  I walked away for a couple of minutes and when I went back to see how things were progressing, they were gone.

Okay, I’m thinking that they did not have the proper equipment to fix it and that they would be back later.  Regardless, I figured that the lights would be off for most of, if not all of, the day.  Right about the time that thought left my head, I noticed that the light over the table outside was on.  With Samelco’s track record, no way did I think the lights would be on so soon.  It turned out to be only about 30-35 minutes of no power.

Now I’m wondering if that cable had anything to do with the outage at all.  It just doesn’t seem like they could fix things as fast as they did.  Of course maybe they have a back up or something.  I don’t know much about the electrical stuff.  Maybe it was all just a big coincidence and that cable had nothing to do with the power at all.  Oh well, the power is back on and I can now type this up and hopefully check on my check later in the day.  That’s the most important thing at this time.  I do still to check on that phone number though.

2 thoughts on “Samelco Power or Not”