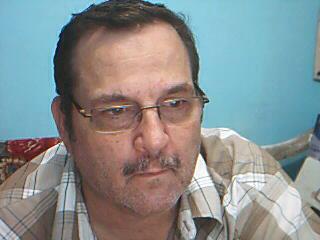 I was reading a comment by a guy named Steve at the website Philippines Plus.  I wanted to respond to his comment, but it got to be so long that I decided to make a post of it and just reference the link.  It sounds like Steve doesn’t like the Philippines much, but it also sounds like he hasn’t really given it a fair shake either.  He talks about things that are not really necessary  and are just flat out wrong.  Of course he does make a couple of good points also.  You can read his long comment by going to this link.  This is my also long response to that comment.

Wow Steve, why don’t you speak your mind a little clearer.  Okay let’s see. At first living in the PI, the food is not great, but you get use to most of it after awhile.  Of course there are still vegetables and chicken that tastes about the same as in the US.  Just buy the meat at a regular supermarket and not the wet market and cook it yourself.  The fruits and vegetables are not a problem.  I can buy fresh pineapples for P30 (.75), coconuts for P8 (.20) and bananas for about P3 (.075, less than a penny) each.  You can’t do that in the US.  Heck even in the US I can’t stand Mikey D’s, so that’s not a problem for me at all.

As for gas, who pays for that, not me.  There is so much public transportation, your own vehicle is not needed.  For P250 ($6.25) per person with one of the van services here, I can go all the way to Tacloban and that is a 2-3 hour drive away.  If you get your own vehicle, well you know the price of gas, so that’s on you.  I will agree though that the gas is too high, especially for a country with such low wages.

Fresh milk?  I find other ways to get my calcium because the stuff they call fresh milk here (in a box), I don’t even like much.  They do have plenty of cheese though.  You can also get your calcium from nuts, seeds, herbs, soy and green vegetables.   There are always vitamins too.  You only need about 1200mg per day.

You got me on the electronic stuff, except on often do you buy that?  It’s not all expensive, but it’s not all the best quality either.  We have survived almost 3 years without paying anything except a refrigerator and a freezer.  Bring your stuff from the US and buy a transformer if you don’t want to buy things here.  That way it’s already paid for.

Who pays for a Visa to live here, not me.  In fact my wife and I have been here almost 3 years and we have yet to pay a penny for a Visa.  We are here in balikbayan status.  Not everyone can come in that status, but if you are moving to the Philippines, the odds are that you are married or soon will marry a Filipino citizen.  You can get the balikbayan status now or later.  We do need to leave once a year to another country, but with the P88 deals on Cebu Pacific, plus tax that’s comes out to about $200 per year for two.  If you are that short on money, just go to Hong Kong and spend the night at the airport.  You just come home the next day (if you want to), get a new visa and you’re good for another year.   We just treat it like a yearly vacation and you can stay gone as long as you want, up to a year I think.

You must be in the big city of Manila if you are encountering beggars everyday.  I rarely see them around here anymore.  Once the people get use to seeing you they just about leave you alone.  At least that has been my experience.  Again, I’m not in a big city.

About the noise, again you must mean in the big city.  Most of the time around here, it’s pretty quiet.  We leave next to a highway and the only time that I have to plug my ears is when someone decides to play their music too loud.  If you don’t live with the relatives, as we do, then the noise shouldn’t be a problem in most cases.  In most of the smaller provinces I’d say it was too quiet 90% of the time.

P24,000 for an apartment. Good Lord man where were you looking. We have our own house, paid for, so no payments, but there are people, including Americans, renting here for about 1/5 that.  You must be trying to keep up your expensive American lifestyle or something.

Paying $1200 for a one way ticket to the PI is also pretty high, but even if that’s true, it’s a one time thing.  If you are retired military and not in a hurry, you can take Space A to Korea, then a cheap Cebu Pacific flight to Manila or Cebu.

I don’t know what that ‘abandoning’ children thing is all about, but I can tell you that here people watch after their families and I know of no abandoned children here.  There are a lot of poor ones, but they all have homes to the best of my knowledge.  Maybe not in the big city, but they do around here.

So maybe the Philippines ain’t paradise, and it sure ain’t for everyone, but it’s better than having to live off the US Government because you lost your job because of the place shutting down.  Of course being over 50 is a big strike against you for getting a job in the US.  If you have been planning to retire, like you should, then it’s very possible to live here on less than half of what you can in the US.  Unless of course you insist on maintaining your American lifestyle, then it could get expensive.

If your goal was to get responses, then I think you will meet your goal.  Especially when some of my readers see it, they will have things to say, a couple of them for sure will have written responses.

So to sum it up, no one is going to ‘force’ you move to the Philippines, it’s a choice.  Come check it out, if you don’t like it, don’t move here.  We live here because we want to.  If you don’t want to be here, then we don’t want you to be here either.

10 thoughts on “Response to Steve at Philippines Plus”