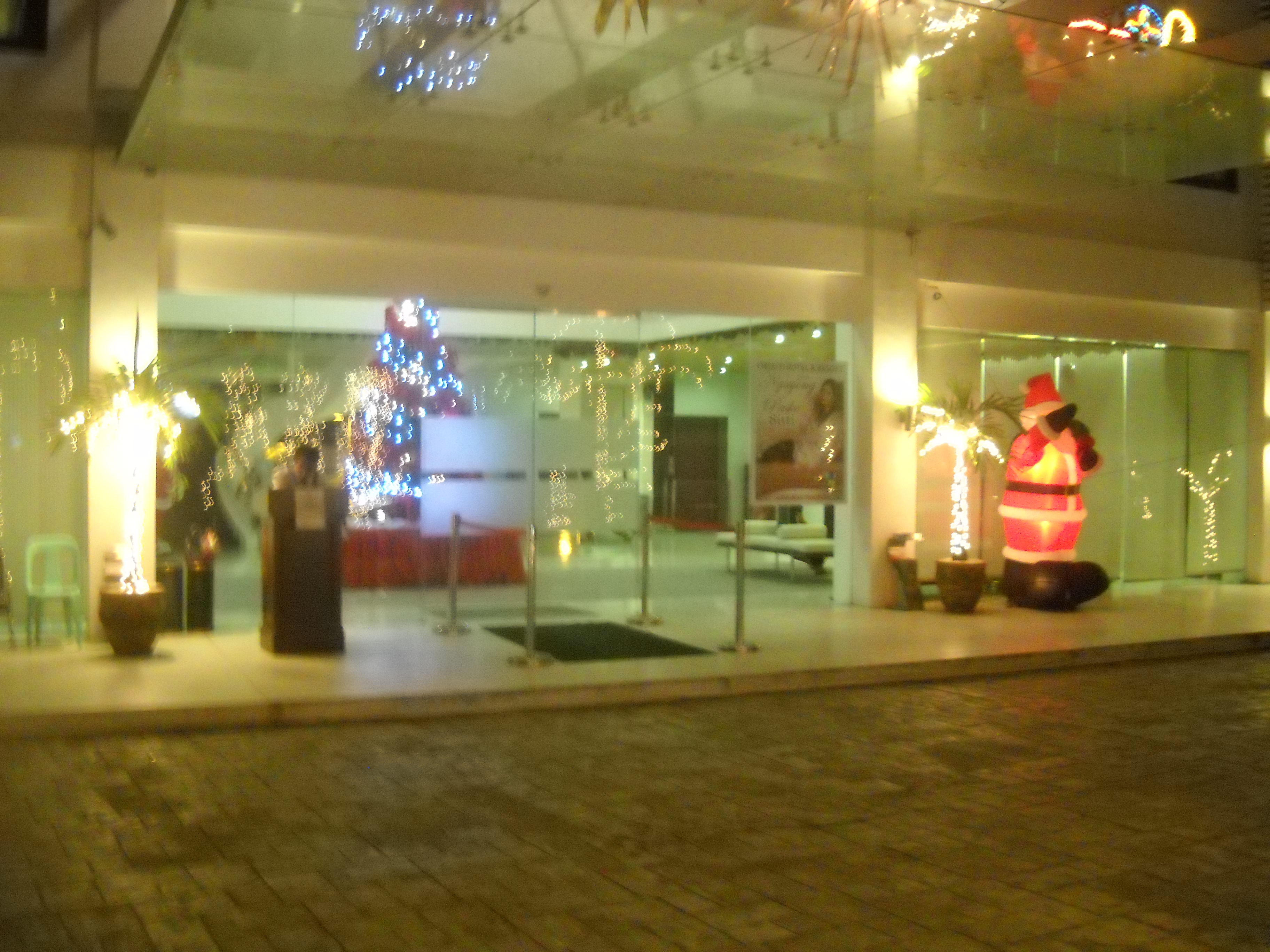 I thought I’d write down the events of our Christmas experience here in the Philippines this year.  Although the Christmas season runs from 1 September until 1 January here, I only started 2 days before Christmas Day and will continue until 2 days after.  These are the 5 days a year that are more like Christmas to me.  This Christmas in September thing has not caught on in my mind.

The 23rd of December started out with me realizes that all the 12/21/12’s throughout the world must all be done by now, and we are all still here.  I guess all those crazy people predicting the end of the world were wrong again.  I suppose we will have to wait until the next doomsday prediction, whenever that is, for people to go into a panic.  I did not see anyone panicking around here though, at least not outwardly.

Early this morning Bebie and Khany arrived from Tambis.  They are here to spend the holidays with their grandchildren.  Who can blame them?  I would like to be able to see my grandchildren also and not just for the holidays, but on any day I felt like it.  We would like to celebrate Christmas with them before Christmas becomes so commercialized that no one even cares anymore.  It is not too far from that now.  Anyhow, Khany and Bebie will be here for awhile.  I asked Khany how long, but I didn’t get a direct answer.  I did find out that it is more than 2 weeks and less than 365 days though.  I figure it is going to be about 1 month.  They will be sleeping upstairs where Victor has done a lot of remodeling recently.  There are now 4 or 5 beds up there.  The area that would not be our restaurant is where he did most of the remodeling.  Yes we still have thoughts of a restaurant up there but with little money and higher priorities at times it is taking us longer than it normally would someone.

Lita bought some pancit from the little restaurant next door.  She said it tasted pretty good, but I would not like it.  It is made with the rice noodles instead of flour noodles, which I like better, but I can eat rice noodles.  The big reason why she ‘knows’ I won’t like it is because the little pieces of meat in it is liver.  It must be the same stuff they make the pancit (goes to a different link then the other pancit link above) at Chow King with.  The restaurant next door is not a concern of our because when/if we do start our restaurant, we will have a different type of food, catering more to the foreign clientele.   Of course all would be welcomed to eat there.

The hams we ordered a couple of weeks ago finally arrived.  I thought I ordered 3 of them, but we only got 2.  We received 2 honey glazed hams and, as advertised, were only about 1 kilo each.  Actually the net weight on it was 1.1 kilos, but the water in there probably took care of that .1 easily.  It’s okay though if a 3rd one does not show up.  They are a pay as you receive, but they let us have them until the collector comes by later.  Mar gave us some money for Christmas that will be enough to cover the cost of the hams, just barely, but it’s fine and we are happy about that.

Lita sliced half of one and I heated it up in a skillet.  I made a couple of sandwiches of ham and cheese for my supper and Lita cut up the other slices to share with the relatives around here.  She put it in a plate and put a dipping cup in the center because these hams came with some sauce.  I didn’t try the sauce yet, but I probably will before they are both gone.  I think most of them have not tasted pork in this form before.  They all seemed to like it, especially Cathy.

It was good enough that Lita says on our next trip to Tacloban and Robinson Mall, we will be sure to buy one of the picnic hams they have there.  At least Lita says they are there, I have not seen them, but that doesn’t mean much.  I hope when the mall/malls get built here, they also will have the ham.  We all have a taste for the ham now, if they are there, we will get 1, maybe 2.  We probably will not go until February though.   We could go in January, but I’d rather use that money to fix my computer that is way overdue for a makeover.

Poppa seemed a little indifferent towards the ham, but I suppose when you are 90 years old you like to stick with ‘what got you there’.  It’s hard to argue with that philosophy.  We gave him his own pieces of ham on a separate plate from everyone else, but he still shared part of his with others, even Cathy.

My camera is on the blink.  I think the batteries are getting too old.  I tried to take current pictures, including a couple of the ham, but the pictures are coming out fuzzy.  I’ll have to go with older pictures today.  I’ll do my best to put some in that I have not yet posted.

Lita will be going to the little local church tonight at 7:30pm.  They have services the five nights immediately preceding Christmas.  It’s only about a 2 minute walk from the house so even Lita can walk that far.  She is preparing to leave as it is about 7:20pm right now.  I doubt anything ‘exciting’ will be happening this evening.  If it does though don’t worry.  I will be sure to include anything that I deem exciting or even close to exciting at the beginning of the next post.