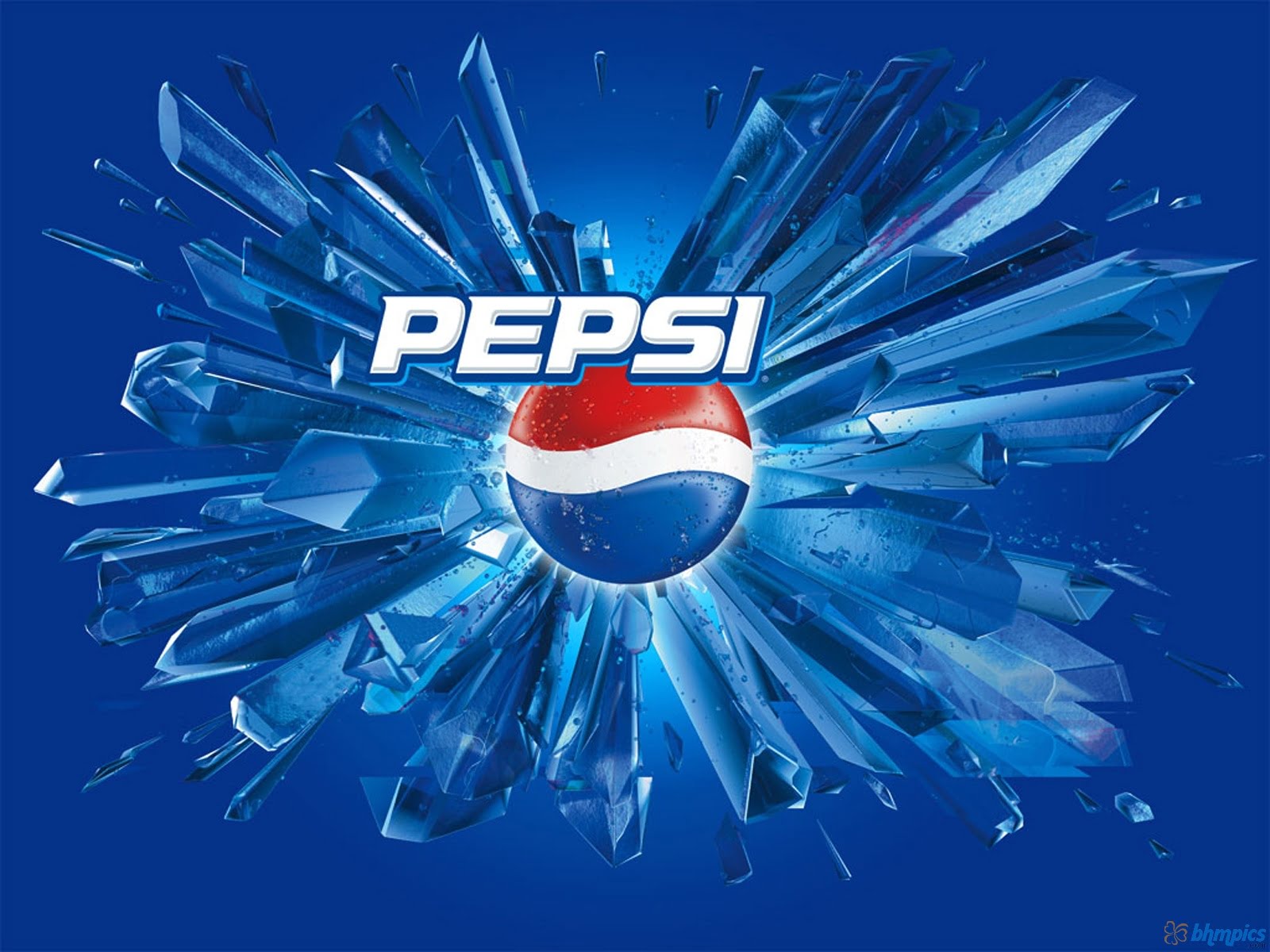 [smartads] Well I figured I better put something in here to let y’all know what’s been going on recently.  Most of my day is either spent updating the new blog, but it’s such a boring task that I have to take a break from the computer so I will be able to come back and finish it.  I have about 845 files to update and I’m pretty close to 600 now.  It should take me 2 or 3 more days to complete, depending on my “Honey Do” list and how bored I get.  Lita has kept the “Honey Do” list to a minimum while I am trying to switch over to the new site, but she can’t just eliminate it.

A few other things is that in the last few days I have weighed in twice to see if I should be kicking myself, praising myself or just being okay with myself.  I’m okay with myself.  The first day I weighed, on Sunday, I was at 120.5 kilos (266 lbs) and a couple of days later on the 24th (Tuesday) I was at 119.9 kilos (265 lbs).  Not a big difference, but a difference in the right direction.  My low weight in about the past 12 years was while I was here and it was 117.7 kilos (260 lbs), so I’m still working on beating that.  I’m still not sure how much I want to lose.  It depends on how I feel when I get to different weights.  Right now I feel it could be anywhere between 190-220 lbs.  I would like to see a “1” at the beginning of my weight instead of the “2” that I’ve seen for so long, although the “2” is much better than a “3”, which I also had to deal with for awhile.  I know that when I was 18 years old and just joining the Air Force (1976) I weighed 173 lbs.  I seriously doubt I will ever, or even want to, be at that weight again.

We still have not sold the Pepsi truck.  I was hoping it would be sold by now and Titing would have started getting his bakery built.  Maybe it will get sold soon.  Maybe even while we are gone to Texas.

Speaking of that, in case you missed it, we do have our tickets.  We will be leaving from Tacloban on 15 May at 6:35pm.  It’s actually one of the better flights for us because we only have a 5 hour wait in Manila before we have to head for Seoul.  There was 1 better flight, but it cost more.  There is only a 3 hour wait in Manila, but it’s the same flight to Seoul anyway.  I don’t really like waiting for more than about 3 hours for a flight, but when you wait so long and don’t have much choice, we have to take what you can get.  We are still not sure of what will happen when we get to Osan yet.  The flight schedule is only 72 hours so I will check it out on the Facebook accounts the morning before we leave and see whether we should be trying to get to Seattle or Travis AFB in California.  I think we should leave somewhere around noon on the 15th.  It only takes about 4 hours to make it all the way to Tacloban, but I’d like to add a couple of hours just in case.  I don’t mind hanging around the terminal for a couple of hours, at least I’m there.  Lita wants to leave at 0600 on the 15th.  I asked her what she would do for the 8 hours that would had nothing to do and she said, well I wish we had the money to go to Robinson Mall.  Well we won’t have the money to go to Robinson Mall.  We need to save whatever we have in case we get stuck someplace and have to spend the night in a hotel.  I’m worried about having enough money to do that, so anything extra is out of the question.  We’ve still got to pay the bills before we leave, so I’m thinking that we better not have to spend more than 2 nights anywhere or we could be in serious trouble, unless we are at an airport that is open 24 hours, then we could just stay there.  Naturally I’m hoping for a smooth transaction all the way through.

When we get to Texas I can use a computer there to straighten out the Paypal mess and I hope it stays straightened out.  I fear that even after I fix it, the first time I try to do a transaction from my computer here in the Philippines, it will flag it again and I’ll right back to the same place.  If they do that, then maybe I should just close my account.  Or maybe I could leave it open and if any money goes in there, I can always fix it again and just collect the money whenever I’m in the US.  I can understand why they are reluctant to do a transaction the first time from a terminal out of country, but once it’s been established that I’m here, then they should be able to flag that in their computer and let the transaction go through.  If they could give me a solution to fix it, I’d do it, but they can’t even do that correctly.

We got a surprise visit from Jay and Julianne last night.  It seems that they have patched things up with her parents, mainly her Dad, and they are staying with them for now.  Julianne does look like she is pregnant, but she is not overly big.  Lita talked to them for about 1/2 an hour and it seems that they will continue to live in Tambis and they want to open a sari-sari store.  I think there are too many sari-sari stores in a small town like Tambis already, so another one won’t be that wonderful or profitable.  Lita said that they want to open it close to the school.  That might help, but maybe if they are going to do that, they should open up a little eatery or just a food stand that caters to children and teenagers.  Make some food and when the kids go to and from school, they should be open.  The could be there before school, after school and at the lunch times.  Seems to me that would be more profitable that another sari-sari store.  I’ll let Lita know my thoughts so she can pass them on to Jay and Julianne.

Oh something that I’ve been keeping from you for about 8 1/2 months now.  Juvic is pregnant.  The baby is due next month (May).  I’m not sure of the day, but I believe early May, so 1 or 2 weeks from now.  She is having a little girl and even though she has a bigger belly than me now, she still looks good.  I might be a little prejudice in that department because she’s my niece and I’ve known her since she was 9 years old (she’s 20 now).

Speaking of Juvic, her and her whole family do have to leave their house.  The owner has other plans for it.  They will be moving here, because they have no other place to go right now.  They will be staying in the area that Jay use to sleep, probably in the store also and maybe over the Pepsi Warehouse.  Judith and Victor will be staying in the house where Jay slept before.  Judith wants to continuing cooking and selling food, just like at Joyous Eatery.  She will be using LolyKat for that purpose until the Pepsi truck gets sold and Titing is ready to start the bakery.  Also Victor says he will make some more cheap stairs to get to the 2nd floor and the plans are to make a couple of bedrooms and a CR in the back.  The restaurant will still be in the front when we are ready for that.  That has been the plan all along anyway.  All the details are not worked out, but we’ll get to that in due time.  A ‘good’ set of stairs will get put up eventually, but the ones we had lasted for about a year before they started deteriorating, so that probably will be the case for next ones too.  I think we will be ready before those stairs are rotted out though.  I’m always trying to think positive though.

Since I mentioned LolyKat, Lita told me today that this Friday, the 27th, will be the last day LolyKat is open.  That’s 12 days longer than she told me before, but we are leaving later than we wanted to.  If we left when I wanted to, we would have been gone for 2 days already.  Maybe it’s better this way.  At least now when we go, we will have someone to watch the house for us.  We will lock our bedroom door though and my computer will be completely disconnected.  We will leave a key with Neneng in case of emergencies, but I don’t see why anyone would need to get in our room while we are gone.

I’m going to inform everyone around here that I hope they find a home for those kittens while we are gone.  They will be about 9 weeks old when we are ready to go and that is old enough to give away.  I like cats, but not too many of them.  Of course it’s okay if they catch rats because I’d much rather have a lot of cats than a lot of rats.  I don’t think the cats here catch rats though, unless they are extra hungry.  So if you are around here and you want a kitten, please stop by in about 2 weeks and take a look.  There are 5 of them and you can have 1-5 of them.  I haven’t said anything to Lita about this, but I don’t think she wants to have so many cats around either.

Sometimes my Yahoo Messenger doesn’t work correctly and I haven’t been able to figure out why.  I have Yahoo as my homepage, but sometimes when I try to get to Google from there, it doesn’t work.  At least it was doing that, it hasn’t done it the last week or so, so maybe it’s a non-issue now.  I had to delete a few of the videos I had because even though they are on You Tube, they have been discontinued for various reasons.  I like using Google to look up pictures because their image section is easier for me to use than the Yahoo images.  I believe Google is better for the website rating though.  I don’t really know, but I’m learning and I’m glad that Rich is helping me with that.

Well this post turned out a little longer than I expected, but that good.  This gets y’all up to date on everything that I can think of right now, but if I think of anything else, I’ll write it down for the next post.  I hope that will be soon, but I really need to finish the work on the new website so we can activate it.  It’s suppose to be a money maker and of course that is good for us.  It will help us travel around.  Getting rid of our storage in Texas and starting Lita’s social security will be bringing in some dollars too.  I really think that when we return, things will be a bit different for us.  We will have less bills and more money.  We are looking forward to different being better.

I was just thinking that when we activate the new website, instead of closing with Salamat, Paalam (Thank you, Goodbye), I should come up with something else.  Any suggestions on that will be considered.

Interesting Knowledge:  The men who served as guards along the Great Wall of China in the Middle Ages often were born on the wall, grew up there, married there, died there, and were buried within it. Many of these guards never left the wall in their entire lives.