[smartads] It is now 0900 and here I am once again sitting at my little table in LolyKat.  I’ve got my Red Horse glass, but it is full of coffee this morning.  I found that a combination of 1 regular Nescafe, 1 coffee mate and 1 Nescafe 3 in 1 mixed together makes a nice double cup of coffee.  I’m going to try to get out to the coffee shop this weekend, but most likely it will be the weekend after we return from Cebu.  That would mean I would probably be going on the 11th or 12th of February.  I’d like to go this Sunday though.  Rick I know you’re reading this.  I’ll let you know via e-mail and/or Facebook if I can go or not.  It’s not that I need permission to go, it’s just having the money available at the time.  Wayne if you are reading this, you’re welcomed to come too.  I’ll leave a comment here no later than late Friday night on whether or not I’ll be able to go.  I don’t think it will be a problem though.

Manila (Tagalog: Maynila; pronounced [majˈnilaʔ] in Tagalog and /məˈnɪlə/ (mə-nil-ə) in English) is the capital of the Philippines. It is one of the sixteen cities forming Metro Manila.  Manila is located on the eastern shores of Manila Bay and is bordered by Navotas and Caloocan to the north, Quezon City to the northeast, San Juan and Mandaluyong to the east, Makati on the southeast, and Pasay to the south.

Largely due to industrial waste and heavy reliance on automobiles, Manila suffers from air pollution in the form of smog which affects 98% of the residents of the city and results in more than 4,000 deaths per year. Open dump sites and industrial waste contribute to increasing pollution within the city. Several rivers in Manila have been considered biologically dead. The Pasig River, where 150 tons of domestic waste and 75 tons of industrial waste were dumped daily according to a report in 2003, is now one of the most polluted rivers in the world.  Lack of adequate infrastructure is one of the causes of pollution in the city. The district of Ermita was the most air polluted district in the city 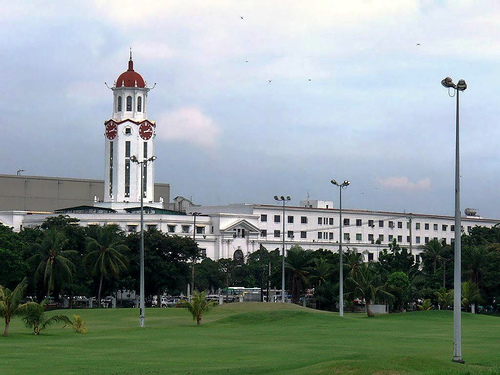 Damn, someone just showed up that is playing music too loud.  It is a friend of Jay’s that works at the Ciriaco and he is a regular customer here for food and the store, so I don’t really want to say anything.  Besides, Lita and Vicky are also out there and they don’t seem to mind the music.  Well at least now he has turned it down a bit.  Jay is here today because there is no school for some reason or another.  I don’t know how they can talk to each other over that music.  It always seems silly to me to have to scream over the music when it would be easier just to turn it down or off.  Oh good, he’s leaving now.

Our cooler is now full of Mountain Dew, Pepsi and 1/2 liter bottles of water.  We haven’t had so many soft drinks recently, but probably today is the turning point for that.  I expect to have the soft drinks from here on out.  Hopefully they will all be within a bakery soon though and will be for someone else to have to worry about.

It’s noisy outside right now because a truck carrying about 6 or 7 large pigs had a flat tire out front.  He is parked in front of the gate for the Pepsi warehouse changing it now.  It sure is taking him a long time to change that tire too.  At least the pigs do not stink.  Actually they all look very clean, all pinkish.  I guess they are going to their final destination.  They sure to get loud, especially when they get excited.  Before they wanted us to raise pigs, but I’m glad it’s not allowed now.  I get enough noise around here with the children, I don’t need any pig noises added in. 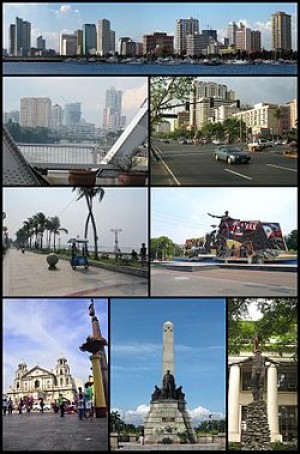 Manila Collage (Click to see names of each picture)

I’ve been checking out airline ticket prices to Korea.  As you may know, I always use Cebu Pacific Air because they often have sales.  At the present time there are no good sales to Korea.  I hope some come up shortly.  I will get a couple of tickets as soon as I see them come up.  The prices right now are really too high.  The least expensive one I could find without a lot of waiting was P8748 ($218) per person, one way.  It is a flight that we could get on in Tacloban, go to Manila, wait for 5 1/2 hours, then on to Korea after that.  That’s actually the shortest wait time I saw available.  The next shortest was 7 hours in Manila.  I could get the tickets slightly less, but it is a more complicated procedure and it involves riding one of the planes that Lita doesn’t like (the prop).  If it will get us there for P5K or P6K less, I’ll take the prop, but it’s only about P600, you have to have the extra tickets and the wait time is longer.  It’s just easier to sign up all the way through from the beginning.

I’ve sent an e-mail to Korea to ask them about the days/times that those flights leave there, but I have not gotten a response yet.  They are pretty good about responding, so I expect a reply within a day or two.  I’d like to know, but we still need to be prepared to have to stay 1 or maybe 2 nights in Korea.  I’d actually prefer to have to stay at least 1 night so I can make it to the NCO Club, the BX and the commissary.  We will be stopping there again on the way back anyway.  Then we will be sure to stay at least 2 nights, maybe 3. 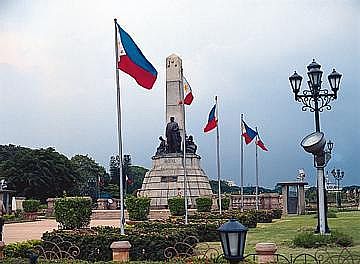 I also found some decent flights on Southwest Airlines going from Seattle to Austin.  The tickets are $109 + tax, per person, one way.  I think for 2 people, one way, including tax, was $261, but I don’t have those figures in front of me right now.  Since I can’t guarantee when or if we will be able to get on a flight out of Korea, I can not get an online flight yet to Texas.  I’ll have to get to a computer in Korea after we get confirmed seats to Seattle and take care of that.

I don’t remember what time it was when I left out of LolyKat, but I’m back now.  I checked out the blog and answered some comments, but spent most of the time answering e-mails.  The prominent one being from my BFF in Texas.  He wanted to know when we were coming for a visit, so I wrote him a short story back, explaining everything to him.

Even though this fan is blowing air directly on me and it’s a mostly cloudy day, I’m still sweaty.  I also need to shave.  Next time Lita comes out here, I’m going in to shower and then shave.  Maybe I’ll feel fresher.  I took a shower around 0100, but it’s time for another one.  Lita told me today that we should get one of those machines like Rick Smith has that will supply you with hot water.  We want to hook it to our shower.  According to Rick, it works great and the hot water is unlimited as long as the water is on.  Just the other day Lita was telling me that we didn’t need hot water, but something must have changed her mind.  It didn’t really matter anyway because I want one and we’re going to get one whether she knows it or not.  I won’t force her to use it if she doesn’t want to, but I’m going to use it.  I think I will get that just as soon as we return from Texas.  So that means August or September check will be used for that.  I also need to get a transformer for our convection oven.  It is 1200W and since I don’t really trust transformers as from as appliances go, I think I will get the highest wattage transformer I can find.  Well 2000W should be plenty.  I know they have 1500W around, but I want to be sure. 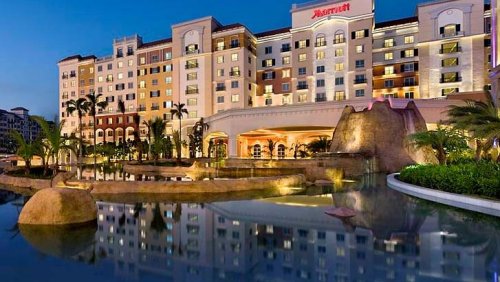 Titing is walking around listening to those songs I uploaded to his phone.  He is out of my earshot most of the time though, so I don’t get to listen.  It makes me wish I had something out here to play my CDs on.  I looked for that portable CD player I was talking about before, but Lita said she gave it to either Juvic or Grace for their birthday last year.  It’s okay.  I’ll get a new improved version while in Texas or better yet, in Korea on the way back here.

An Interesting Clock at this location.

Useless Knowledge:  Well-dressed ladies in Europe went wild over wearing lightning rods on their hats and trailing a long ground wire a fad that began after Benjamin Franklin published instructions on how to make them in his almanac Poor Richards Improved in 1753.

5 thoughts on “Music for Flying Pigs”