[smartads] At this time of day I am usually sitting in LolyKat writing in my little notebook hoping that something interesting happens, without hurting anybody.  Today is not going to be any different either.  I am sitting here in LolyKat writing in my little notebook.  I am also thinking about our trip to Cebu on the 4th of February.  It will be my first entry in my new travel blog, even though it will only be a couple of days and we will not be going on any site seeing tours while there.  There are plenty of pictures of the normal tourist attractions in Cebu all over the internet.  I’m going to try to get some pictures of things that you don’t normally see, but I won’t be going too many places.  I’ll do what I can though.

Marikina, officially the City of Marikina, known as the Shoe Capital of the Philippines, was former capital of the province of Manila during the declaration of Philippine Independence and one of the sixteen cities within the Manila Metropolitan Area. Marikina is part of Eastern Manila District of Metro Manila’s four districts. It is located on the eastern border of Metro Manila of the island of Luzon. Several cities and municipalities lies on its border: San Mateo, Rizal to the north and northeast, Antipolo City to the east, Cainta, Rizal to the southeast, Pasig City to the south and Quezon City to the entire west.

The southern portion of the city occupies the numerous commercial, industrial and business establishments and interesting places, it is also located the “center” of the city which is the busiest district of the city. While the northern portion is primarily residential areas and subdivisions, exclusive schools, industrial zones and various small and medium enterprises are also booming. Loyola Grand Villas, located at the northwest portion of the city is a rich gated community that occupies upper-middle class and rich residential area. 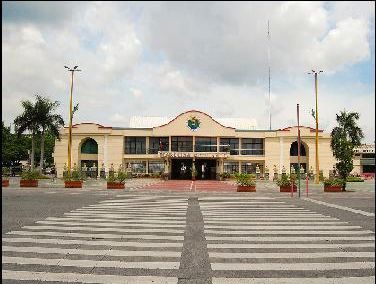 http://tiradabalita.com/2011/09/marikina-budget-pinababantayan/ (this site is in Tagalog)

I haven’t checked my AdSense recently.  I wonder if I’m able to request any money from there yet?  It was getting pretty close the last time I checked.  I hope I can before we go to Cebu.  That would be enough money to pay for the ferry, the hotel and a couple of meals.

I still hope I find a way to make a constant income on the Internet.  The only thing I can figure now is those e-books and I haven’t quite figured out how to get them to someplace that people can preview them and purchase them if they want to.  I may have found a place, but I haven’t had time to check it out yet.  It ‘looks’ easy, but looks can be deceiving you know.  I’m having trouble with my Paypal account anyway.  The money shows in my Paypal account, but it doesn’t show in my bank account.  I’m thinking my change of address to a different country really messed that up.  Supposedly Paypal is aware of the problem and are working on it.  When I check the account later, if it’s still not there, I’ll send another e-mail to Paypal to find out what I need to do.  Maybe I can just cancel the whole thing and start anew.

I added something to try to stop the many spam registrations.  If you are not a spammer and are having trouble registering, let me know, I can fix that. 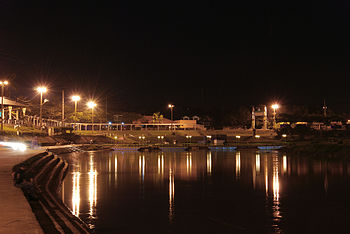 I’ve been thinking about deleting my Samar Headline blog.  It is not doing very well.  Not near as well as my Calbayog Corner site anyway.  Calbayog Corner is about 300 hits ahead, with less posts.  Also because I don’t want to have so many blogs I can keep up with them.  I do want to start that Travel Blog at the beginning of next month too.  The travel blog and the Idle Thoughts and Altered Dreams blog are not everyday things to do.  They would only have entries when I go on a trip or when I think of a story or have a dream to alter.  I need to get comments on that story I wrote there, and the comments are not working.  I’ve got something else to try on that, and I’ve never done anything like it before, so I hope I don’t lose it.  If I do it’s okay though.  My Gummy Girls story I have typed up in Word, but I’d like to save my “Why a Fly Pesters You” story. 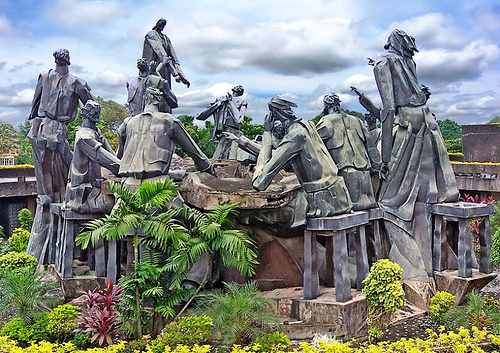 Somewhere around the hour of 3:00pm, Lita said it was my turn to be in LolyKat.  I left about 12:20pm, so I guess so.  I hope she will come out around 5:00pm though for a final relief for about 1 1/2 to 2 hours.  It’s pretty slow in here today anyway.  The food is selling pretty decently, but not in the store.

There is a big white guy talking on his phone, standing by the road in front of the Ciriaco.  Precious is with Ado by our front gate yelling at him.  She is saying “John, John”.  She thinks that all big white guys are named “John”.  I like that a lot better than “Joe”.

Lita came back around 4:30pm and stayed for about 2 more hours.  After that though we just closed.  The customers were not coming constant enough and we don’t have that much in there anyway.  I will not be able to restock until this weekend. 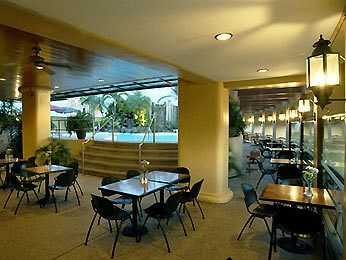 The Paypal people called me about 10:15pm and everything is fixed now.  Actually it was never broken.  When I first got to the Philippines, actually in July 2010, I tried to open my Paypal account and I used the wrong e-mail address.  I thought I had to re-register because I was now in the Philippines.  I just have to go to my Blogvertiser site and change the e-mail address there.  I thought I needed to change the one for this blog, but it was on the right one.  I don’t know what’s going on in my own mind I guess.

http://www.marikina.gov.ph/  (A nice website with live assistance, when on-line)

Useless Knowledge:  When Neil Young arrived at Woodstock with Jimi Hendrix, they found they had to go several miles to reach the stage, so they stole a pickup truck and drove off. Later Young called the incident “one of the high points of my life.”