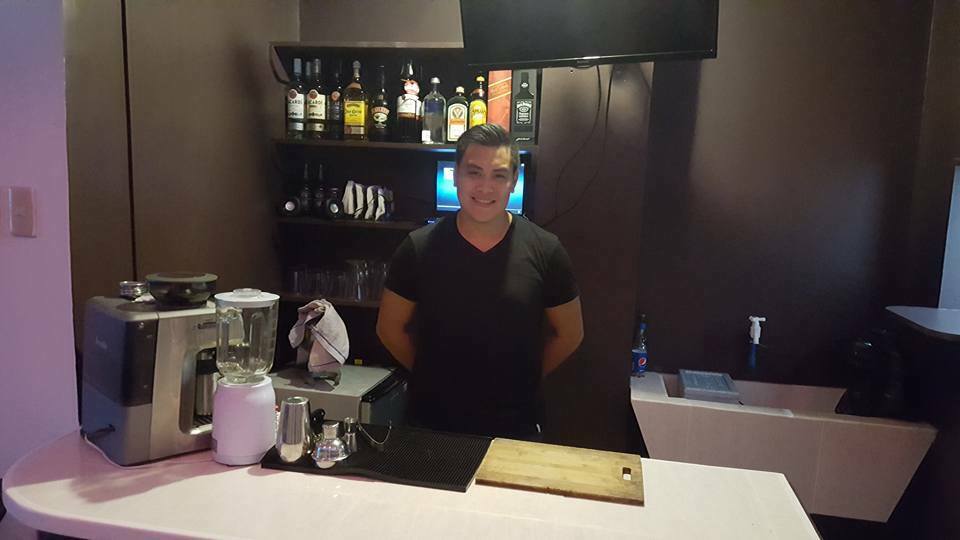 Yes, I know, long time no hear.  I haven’t been getting out of the house much recently.  I go downtown 2-4 times per month and walk around inside and outside the gate at our house.  That’s basically all I’ve been doing ‘outside’ for the last couple of months.  All it’s been getting me is fatter.  I’m starting to venture out a little more again now.  Hopefully, I’ll get back downtown to take pictures and videos again.  There are several new places that were not there just a few months ago.

I’ve just about given up on trying to prevent the marks on my arms from appearing after being out in the sun.  I just go and let them show up if they’re going to, and they usually do.  They don’t hurt me and the 2 doctors I talked to about it said it’s an old age thing and is common.  I must have gotten this thing early because I’m not that old.  I just turned 60 and I’ve had the problem for about 3 years already.  Well, it’s going to have to learn to stabilize because I need to get out and lose this weight, since, it seems, I cannot afford to buy a treadmill or stationary bike for the house.

I still could find a way to come up with the monthly fee to go to the gym every day, but it’s so far.  Since our water pressure during the day is crap, I can only take a shower in the evenings, but I normally do not go out too much after dark, especially during election time.  The people around here like to shoot each other during election time.  That’s why all foreigners are encouraged to stay away from anything to do with politics here.  That’s not a problem for me, I can easily stay away from anything to do with politics.

One of the few places that I have been going to recently is the Mango Lounge.  It’s only down the road about 100 yards.  It is owned by a guy named Christian.  He is a British Filipino.  He was raised in England, so he talks the real English, but knows some of our American slang.  He’s a really nice guy and has some good plans for his place.  I’m just kind of surprised that it’s been open, probably since I’ve been here, almost 8 years, and I never remember seeing anyone there.  I don’t really go that way much except when traveling in a vehicle though.  Christian is in the process of making Calbayog’s first sports bar.  Hopefully, that will be done soon, maybe by the end of next week.  It’s not going to be very big and it’s only going to have 2 TVs, for now, but hopefully, it will catch on and he will be able to expand.  He has met a lot of expats recently.  Mostly because he joined my Calbayog Expat group and now he can relay all his restaurant and other expat stuff through there.  With over 100 members, he can get the word out much easier than before.

Christian is really into trying new things to improve his menu.  He just introduced a 9″ bacon cheeseburger.  He has to get the buns special made because they don’t know anything about big hamburgers like that around here.  I have tried the burger and it is good.  It’s not like all the other burgers they have around here.  I think the expat community will really like it, or the smaller burgers.  He has plans for hot wings and even stuffed baked potatoes.  Just a little at a time to see how it goes.  That 9″ bacon cheeseburger costs P600 (about $11.50US these days).  It’s pricey for here, but to get the good beef, you have to pay a little extra at the market.  However, if you can eat his burger in 10 minutes or less, it’s free.

I’m still plugging away at my Steemit account: @johnwjr7.  I haven’t been putting as much as I was before, but the whole system is kind of stagnant right now.  I heard that some big wig in Bitcoins sold over $400 million to pay off some kind of bills or something.  Hopefully, things will stabilize and start moving up again.  I still have not figured out how to sell any of the Steem or Steem Dollars (SBD) that I have.  People do it all the time, but for some reason, I just can’t grasp exactly how it’s done.  I’m sure that if someone ‘showed’ me through the process just once, then I’d have it for good.

Well, that’s what’s been going on recently.  I’ve mostly been sitting at home, on the computer, doing something or another.  I have several things that I’d like to get done to share with y’all, but I just never get up, go out and do it.

There is a party tomorrow at the beach right down from my house.  I’ll probably get out and go to that.  I haven’t even told my wife yet, maybe I better do that now.  …….  Okay, she knows now.  She’s not going, but I have permission to go.  Oh boy!  Since it’s pot-luck, I will be bringing some vegetable beef stew.  I don’t know what, if any activities are going to be there, but there should be plenty of people there to talk to.  I need to make sure it gets to the Expat page so they all will know.

That’s all I have for now.  I promise to try to get more things on here more often.  I really hope I start getting more pictures and videos.