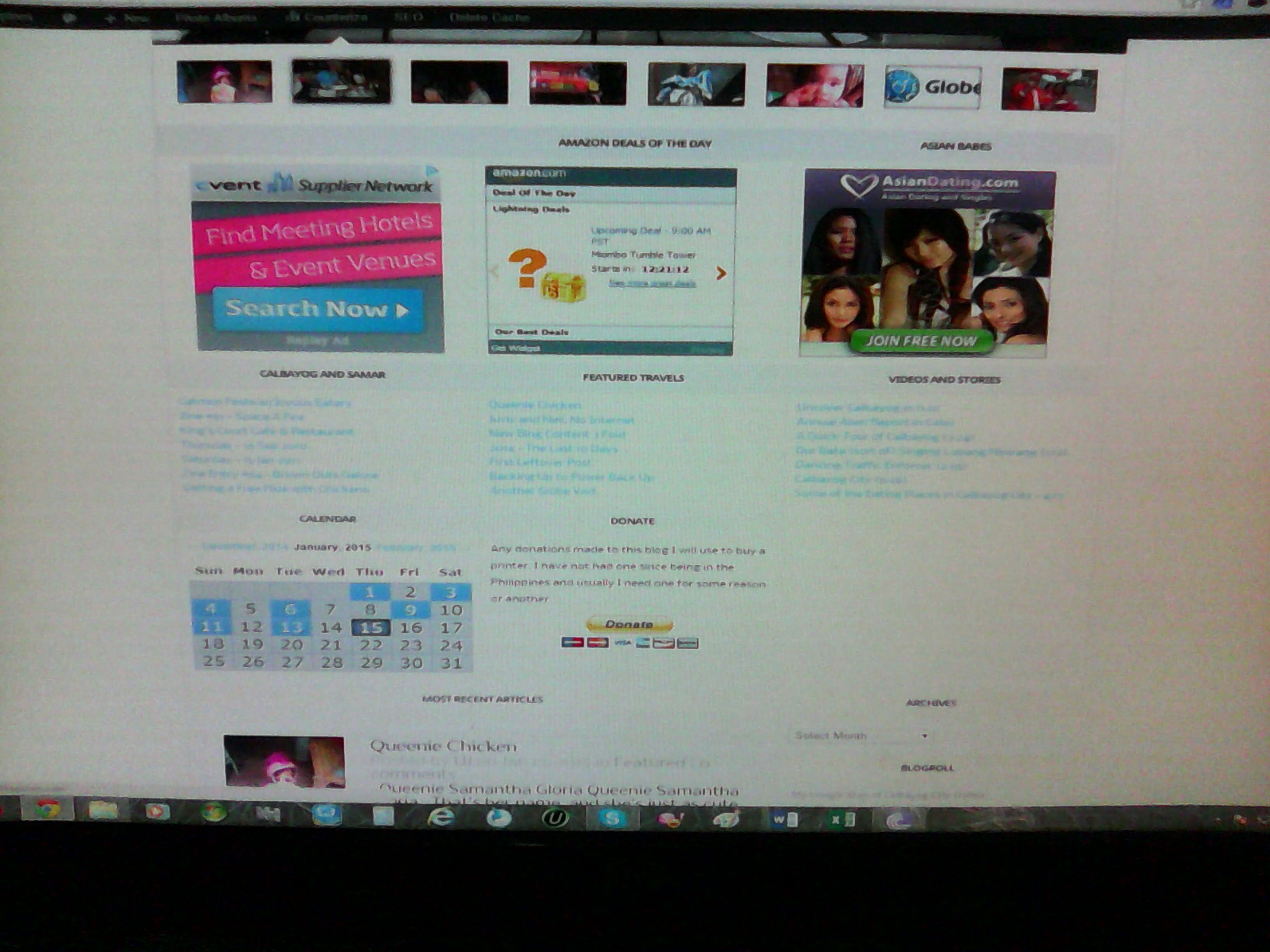 The new part of the TitP blog

I am still a little slow in getting these posts out, but I should be all caught up soon.  This post is the first information from the year of 2015.  I have had other posts this year, but all that information was from last year.  I’m glad I typed up the 13 posts while the internet was down for those 10 days.  I really would have been behind if it wasn’t for that.  Okay let’s get started with the new year.  Hopefully it will be a good year for everyone.

Anyone that has been reading the blog recently probably already noticed, but I changed the front page a bit.  It’s not what I set out to do, but as it turns out, what I wanted to do, was not a very good thing.  I like this setup a little better.  I decided to do it this way when I discovered another widget that I never noticed before.  Y’all let me know if this new setup is causing viewing problems.  Having it on there is way there is always a mixture of the new and old posts to choose from instead of the same recent posts showing up all the time.  Of course the most recent posts are still showing lower on the page and this way it is not redundant.

Lita made me some chicken/cabbage soup today.  After eating it I was suppose to put it in the refrigerator freezer so I could have the rest of it tomorrow.  Well that didn’t happen.  The relatives came by to eat and Lita decided to contribute the rest of the soup to the mix of other foods.  I suppose they must have liked it, because it went pretty fast.  They are probably all here today because Bebie and all the Pascasio’s (Cathy, Ado and the kids) will be going back to Tambis early tomorrow morning.  I’m going to miss Cassandra and Precious (even though she ignores me a lot) and I guess I’ll probably miss the rest of them also.

I walked downtown to pay Globe today.  I even remembered to bring the camera to take a few pictures.  Better yet, I remembered to take those pictures.  And even better, I remembered to go by where they are building the SM HyperMarket to get pictures of their progress on constructing it.  I’m happy to say that at least there is some progress being made.  Another thing I noticed there on Magsaysay is that the Christainson store has moved.  They moved across the road from their previous location.  I have not been inside the new store yet, but I will probably not too long from now.  I suppose they moved because it’s a larger location, but I’ll have to check it out in person to be sure.

We had a brown out today from about 0900 to 6:30 pm.  I was pretty upset about it all day because there have been so many of them lately.  However, after the power was back on, I got on You Tube and played an album by Stevie Ray Vaughan, so I feel much better now.  He is (was) an awesome entertainer.

A scheduled brown out today.  It was suppose to start at 0800, but the lights didn’t actually go out until 0900.  Lita is making spring rolls today and I was going to make of video of the whole process to put on You Tube, but without lights, that would not have worked.  Maybe next time.  Maybe she will be doing those chicken/pepper treats next time.  That would be something pretty cool to get out to others (even though the treat itself is spicy hot).  I still took a few pictures of the spring roll making process though.  The electric actually came back on a little early too.  We had power again about 3:50 pm.  We have another scheduled brown out on Sunday, so I hope it is just as fast (or faster) then this one.

Finally, after trying on and off for nearly 9 years, I made a break though, I got into MyPay.  It’s suppose to be the best place to take care of  all your military pay needs, so now maybe I can find some things out.  I have always had some problem trying to get into it.  All the problems revolved around either the password or user id.  I am so glad to finally get into this thing.  The first thing I looked answered a question that I have been wondering about for almost 10 years.  So I got that off my chest.  I checked my profile and for some reason my address for the Philippines was there.  I changed that address over the phone with a customer service rep, since I could not get in.  He tried to help me at the time, but it still never worked.  The only thing I saw wrong was that they had “Calbayog” spelled “Caleayog”.  I correct it.  I don’t know if that’s the reason or not, but I have never gotten any type of correspondence from MyPay.  I expect to get some type of monthly statement, tax information and raise notifications (though those are rare it seems), but I’ve gotten nothing at all.  It says the change will be effective as of 30 Jan, so I hope to have ‘something’ here by March at least.

You know it’s not enough that they have ‘scheduled’ brown outs on Wednesday, Saturday and Sunday for our area.  There was an ‘unscheduled’ one on Thursday also.  It only lasted for about an hour, but come on, it starting to get back to like it was when we first got here, ridiculous.  Sometimes I wonder why I put up with all these power outages.  I know that if I ever decide to move back to Texas, the brown outs will probably be in the top 2 reasons why, probably the #1 reason.  I just had a couple of the cucumber and tomato sandwiches I like and chilled out while the power was out.

The rest of the first 10 days of 2015 I spent here in front of my computer, watching TV, eating or wandering around outside in front of the house.  Nothing significant enough to even write about.  Those are pretty good days sometimes.  I’m happy to say that I have 2 or 3 of those days every week.

I’m starting to expand on these I don’t know much about.  Maybe, just maybe, we will be getting a 7-11 here in Calbayog.  I found a star and a mass Google delete.  There I hope one or more of those things sparked your interest enough to make you want to return to read the next post.