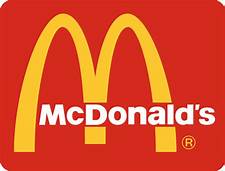 First, I’d like to say that I’ve discovered and have been watching a lot of the reaction, try not to and test your knowledge videos on YouTube.

The reaction videos are people reacting to performers, mostly from the talent shows on tv, but they react to other things too.  Some of them are interesting, some of them seem fake (false reactions, like they’ve already seen it) and some of them are boring.  Overall, I like watching them though.

The try not to is mostly people or a group of people trying not to cry or laugh and maybe a couple of other things that have escaped my memory at this time.

The test your knowledge is split up into different groups.  They have Kids, Teens, College, Adults and Elders.  They are tested on things like music, movies, singers and they also do the try not to stuff.  They do more of those though including trying not to laugh, move, get mad, sing along and maybe a couple more I’m forgetting right now.  So far, I have not even cracked a smile on the try not to laugh ones.  They do things from different generations.  I do pretty well on the songs, movies and singers from the 1970s.

That morning I went to get the surge protector I found out that Gaisano Mall does not open until 9 am.  I arrived there at 8:45. After a few minutes of waiting, I decided to wait inside McDonald’s and even get one of their sausage McMuffins.  The breakfast is really the only thing I like about McDonald’s.  I wanted to order one of those with hash browns and an orange juice but did not have any hash browns.  When it arrived, my orange juice was either an orange drink or orange soda, I’m not sure.  I should have known better than to expect orange “juice”.  I think the only orange juice around here is the juice inside the oranges.  It’s either do-it-yourself or you don’t get orange ‘juice’.  Also, the sausage McMuffin they gave me was sausage and egg McMuffin.  I was just going to eat it or maybe just leave the egg, but I decided to bring it back up for them to exchange it.  Maybe they just tossed the egg in the trash and sent it back up to me.  I don’t know for sure and really don’t care.  They know they messed up, but I doubt it will make them be more careful next time.

I also wanted to mention something about when I was at Jollibee that second time getting chicken and mentioned the old guys out there begging.  It was the afternoon of the same day of me getting the surge protector.  I don’t usually go downtown twice in one day.  I don’t seek out the old people, but when they come to me, if I have money, most likely they will be getting it, even if I have to walk all the way home because I gave them the last of my money.  I’ve done that twice now.  I don’t like giving money to the children usually because I hear there are a lot of organized beggars here that use the children.  Like in the movie “August Rush”.  Robin Williams collected money from what “his” kids got while begging or performing.  Sometimes, I’ll give in, if the kid looks pitiful enough.  I’ve never given a kid more than P5 though.  The old people I’ve given P20 twice (those walking home days).

Last thing.  I think that when you call the Globe office in Manila on your cell phone, it’s free.  You must have a load to call though.  I called, waited and talked for at least 30 minutes and my balance is still what I loaded.  I can live with that.  Now I need to call someone to use my minutes before they expire.

Okay, that about covers the things I forget to insert in the previous 2 posts.  Just wanted to add those in and get another post posted in the process.