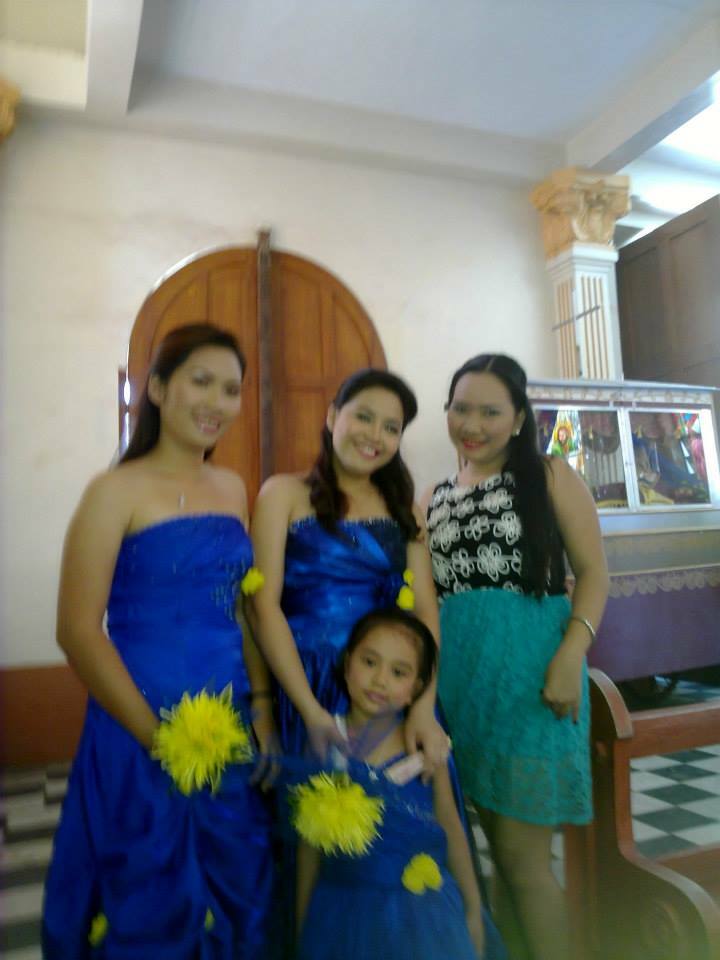 This is my first attempt to do a post after trying to get rid of those damn game links that invaded my blog.  I hope the wipe, the new operating system and the new anti-virus have taken care of that.  We’ll find out soon.  Either way, it’s time for me to do a post so I will do a lot of this one before I actually check for that.

At the end of Zine Entry #53 – Relative Status I was letting you know about a couple of stories my wife was telling me that happen in Tacloban to Jun’s family and the drivers of our Pepsi truck right after the typhoon.  Well here are those stories.

The first one concerns Victor and Ramil while they were there.  They had to help Jason (Jun’s oldest son) transport his children to the mother in laws house.  They had to walk because the car was wiped out and turned over.  There are 4 children, so Jason, Rosela (wife), Victor and Ramil each had one to carry.  They had to wade through waist deep water a lot of the way.  How far was it you ask?  I’m told it was close to 7 miles.  Waist deep for them would have put it over the head of 3 of those children and pretty close on the 4th one.  They did make it without incident, but I’m sure they all had sore backs after that was all over with.

The second story concerns the guys in our Pepsi truck that got stuck on the Leyte side of the San Juanico Bridge.  They were in the truck and said that at first the winds started really getting strong so they got ‘under’ the truck to avoid the winds (?).  Soon however the water showed up and starting rising at a very rapid rate.  They then got inside the truck, hoping that the water would not rise high enough to get inside there.  As they were in the truck, they saw some packaged food floating by.  One of the guys starting collecting it and putting it inside a bag that he had.  He then figured out that he didn’t have anyplace there to cook the food, but ended up giving away to some of the families around there anyway.

At one time, after the storm, while one guy slept and the other was off peeing, an old man showed up and starting siphoning the diesel from the truck.  The guy that was off peeing returned and confronted him.  The old man asked to please let him have the fuel because his family needed it to have lights for the night.  The guy just let him have it.  The truck wasn’t going anywhere for awhile anyway.

At present we have been 103 1/2 hours without power.  Every time I start to complain about it, I think about the people in Tacloban and other towns that have lost so much more.  I shut up then.  One of the rumors spreading is that they will be running power from the north to get to us.  I heard that all of Samar was without power, but maybe Northern Samar still has some that they can reroute to us.

As if we don’t have enough crap going on around here.  One of my nieces came by in a panic saying that she just heard that a tsunami was on the way here.  Everyone here, except Poppa, Victor and I went into a panic to get out of here.  I can understand the people that have the small children and want to get away, but panicking is not the way to get things done.  Everyone with children and a few others found some sort of transportation and headed south.  Where they were going I have no idea and I don’t think they did either.  For about a half hour people worried about it, but luckily it turned out to be a false alarm.  We had things ready, just in case.  Poppa kept saying that we should get to the 2nd floor of the house.  I told him that if the water is heading this way, I’m getting you to the 4th floor of the Ciriaco across the street, even if I have to carry you. Supposedly this thing was coming from the north and I just didn’t understand that.  It’s a long ways to the ocean going north and I figured if it was coming from the NNW or the NNE, then it would miss us anyway.  I don’t know really.  I have never had to worry about a tsunami before, but that just didn’t seem logical to me.

Lita was a bit nervous and all out of sorts, so she told me to lock the front door in case we have to hurry.  I do as I was told, like a good husband.  Come to find out that she doesn’t have the key to the front door.  I don’t have any keys.  We tried to pick the lock, but we are not locksmiths or criminals, so that didn’t work.  After all the hysteria was over, we, instead of me kicking the door in, made a small hole in the screen next to the door and unlocked it.  Victor says he can fix the hole, so no big deal.  It made me think that I’m glad we have the other 2 locks also on there for at night.  Getting in with just that one door lock was easy.  You would really have to be talented and limber to get all 3 of them unlocked from there.

Not too much later after Mar and Titing returned from Tacloban, they were going down the street announcing that there is no tsunami, it is a false alarm.

Around 3:00pm Ba-ning showed up with Samantha.  Did I tell you about Ba-ning already?  She is a relative from Tambis that is here to help out with the work and watching Samantha.  She is the younger sister of Bradley, who is working at Mar’s house.  Mar pays for his schooling in return for his working.  Lita and I, along with Juvic will be splitting the cost for Ba-ning.  Her real name is Precious, but they are big on the nicknames around here.  Besides, we already have a Precious.  Until the next school year starts that she can attend, I think they told me May, then she will receive P1000 per month for working, plus room and board.  Once the school year starts, the only money will be for tuition, books and whatever other needs arise for school.  She is a nice young lady, she is 16 and she is not as shy as most of the youngsters coming up from the outer barangays.  She was a little shy at first, but she lightened up pretty quickly.  Her and Chatty (17) get along very well.  I catch her singing and dancing while listening to her headphones once in awhile.

It seems that the normal level headed and logical Jun was a bit rattled after his house collapsed around him and he and his family where neck deep in water.  I suppose anyone would be, but I never want to find out for myself.  While Titing and Mar were there, they asked him a couple of times if he wanted to come back with them to Calbayog.  He decided not to.  Well only 1 day later, he changed his mind.  Problem is, Titing and Mar are already back here.  It’s at least a 6 hour drive to Tacloban and the cars backed up at the San Juanico bridge make it a couple of hours longer.  Yes I heard the lines were that long because only 1 car at a time was being allowed over the bridge as they had not finished inspecting it yet for typhoon damage.

So Jade, Jun’s only daughter, who lives in Manila wired money to here so there would be gas money to go back and pick them up.  There is no operational Western Union in Tacloban at this time anyway.  They don’t mind making the trip I guess, it’s just the cost of the gas and wear and tear on the vehicle.

So with Fran Jessy Trading (our Pepsi) out of commission for an unknown amount of time, what is there to do for Titing and Neneng to make money?  Their Our Daily Bread Bakeshop is doing okay, but it’s not enough to get the bills paid and food on the table.  I guess I will be explaining what they decided to do to try to make up for the loss of income in the next post though.

Now lets see if those damn game links showed up.  I hope not.