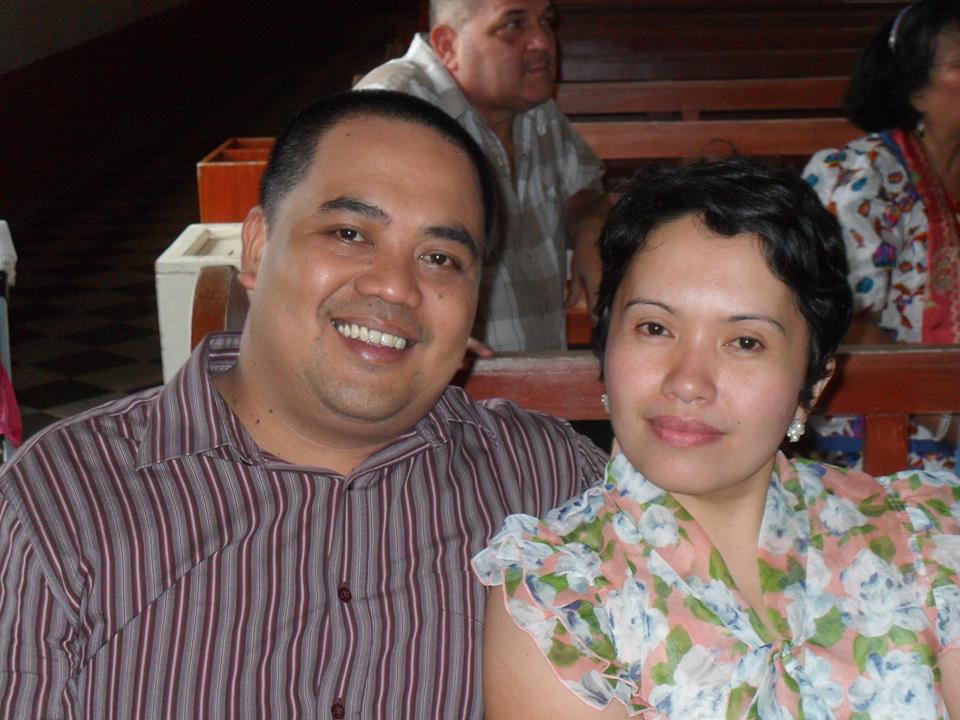 At the end of Zine Entry #52 – Beginning of the After I left you with Victor and Ramil heading down to Tacloban to find out about our relatives there since no online or phone contact could be made.

We also have not heard anything from Bebie down in Tambis Southern Leyte. Her husband, Khany, just died in January so she does not need any more bad luck for this year. Tambis is pretty far south and we think the storm did not reach down that far, but we are unsure. Our main concern is with the relatives in Tacloban because we know that it was devastated. **NOTE** Shortly after writing that last paragraph, Bebie called from Tambis. She is fine, but like us, she too has no power and is concerned about her brother and family in Tacloban. We all hope to be getting good news soon.

Lita and I, mostly me, have been talking about getting a room at the Ciriaco Hotel across the street for a night. At this point all I’m trying to do is get a good nights sleep without sweating all night and being sucked dry by mosquitoes. Their lowest room rate right now is P2199 per night. They have a huge generator and have lights and air con all day and night. It must be costing them plenty for fuel. Also I have considered the Marju Krisel, which is about P600 less, but they are on the other side of the city. Sophie and Diane Hotel is another option because I hear they have a generator and the owner also owns a gas station. I have not been to that hotel yet though. I need to to get pictures for the blog anyway, but Lita is being stubborn now. She wants to go, but she doesn’t want to have to travel too far or to pay too much. I’m afraid it’s not going to work any other way. Maybe we’ll just forget the whole thing and suffer with the rest of the relatives.

I see a lot of relief vehicles passing by heading down towards Tacloban. The response has been pretty quick, but I just hope that all the supplies that are met for the survivors gets to the survivors. Things have been known to get diverted and/or stolen in cases like this.

On Monday morning (11 Nov) we had word from Tacloban. It seems that Jun and his whole family are doing well, but they lost almost everything. They are in the process of digging through the remains of their house to find anything they can salvage. They decided not to evacuate to a shelter for the storm and that decision was almost a fatal one. They probably will be coming up here to stay with us while they try to figure out what to do next and also to have a place to stay for free for awhile. We still have a few other relatives in Tacloban that we do not know about, including Saddam’s (Jay) mother.

Mar and Titing will be taking a trip to Tacloban today to bring Jun and family some food and drinking water. They are now letting cars over the San Juanico bridge, but only 1 at a time.

Back. The brownout lasted until 7:55pm, but I didn’t get back on the computer until 11:40pm. I waited so long partly because I’m frustrated that the power here is so unpredictable and partly because I was sleeping. Besides, the connection is suppose to be faster at this time. Less people clogging up the network.

Mar, Titing and a driver left for Tacloban around 1:30pm. Lita and I donated our good flashlight (hope to get it back afterwards) and P3000 for supplies and gas to help out. Once they arrive there, they will ask them to stay with us here in Calbayog and see what they have decided on that. I suggested they go to Tambis because there is much room there and if they all come up that would be almost a dozen people. I don’t mind if they come here, it will be a bit crowded, but that’s not a problem. Tambis is a bit remote, but there are 3 extra bedrooms and a large living area to crash out in. Plus Bebie, who now lives alone, would have some company for awhile.

I can understand if they do not want to come at all. I know that I would be afraid that what little that was left, what I could salvage, would be lost again because of looters. There are already confirmed reports of people looting the malls, including stealing big screen TVs, clothes, groceries and stealing or breaking into ATM machines. It seems that disasters like this bring out the worst in people. The food and ‘maybe’ clothes I might be able to understand, but the rest is just taking advantage. Since there is no power and the mall was about completely destroyed anyway, the security cameras probably were not working at all either. I suppose if they did not take those TVs, then they would have ended up being trashed because of water damage or something. Still stealing is not something I think I could do to benefit myself at a time like that. Of course (knock on wood) I have not been put in a situation like that before.

The driver and other members of our Pepsi truck that was stuck on the Leyte side of the San Juanico bridge are finally back. The truck is still there though. Only light vehicles are being allowed across the bridge right now and that truck is not light. Good thing too. It did not receive any damage like the other trucks at the Tacloban Pepsi warehouse. Partly because it is so large and partly because it was also loaded down with empty bottles at the time. The Tacloban Pepsi trucks, 5 of them, were turned over by the waters. Hopefully there will be no internal damage on our truck and things will get back to normal once the Tacloban plant is back in operation. I hope that is soon.

Around 3:30pm on Monday they turned off the water. It’s suppose to be off until sometime tomorrow. Around 7:15pm Ramil and Victor returned from Tacloban. Lita got the scoop and told me of some of the things they encountered on the trip. A couple of their stories could be a bit heart breaking, if you are the sensitive type. I’ll be posting those stories in the next post so be sure to be there for those.