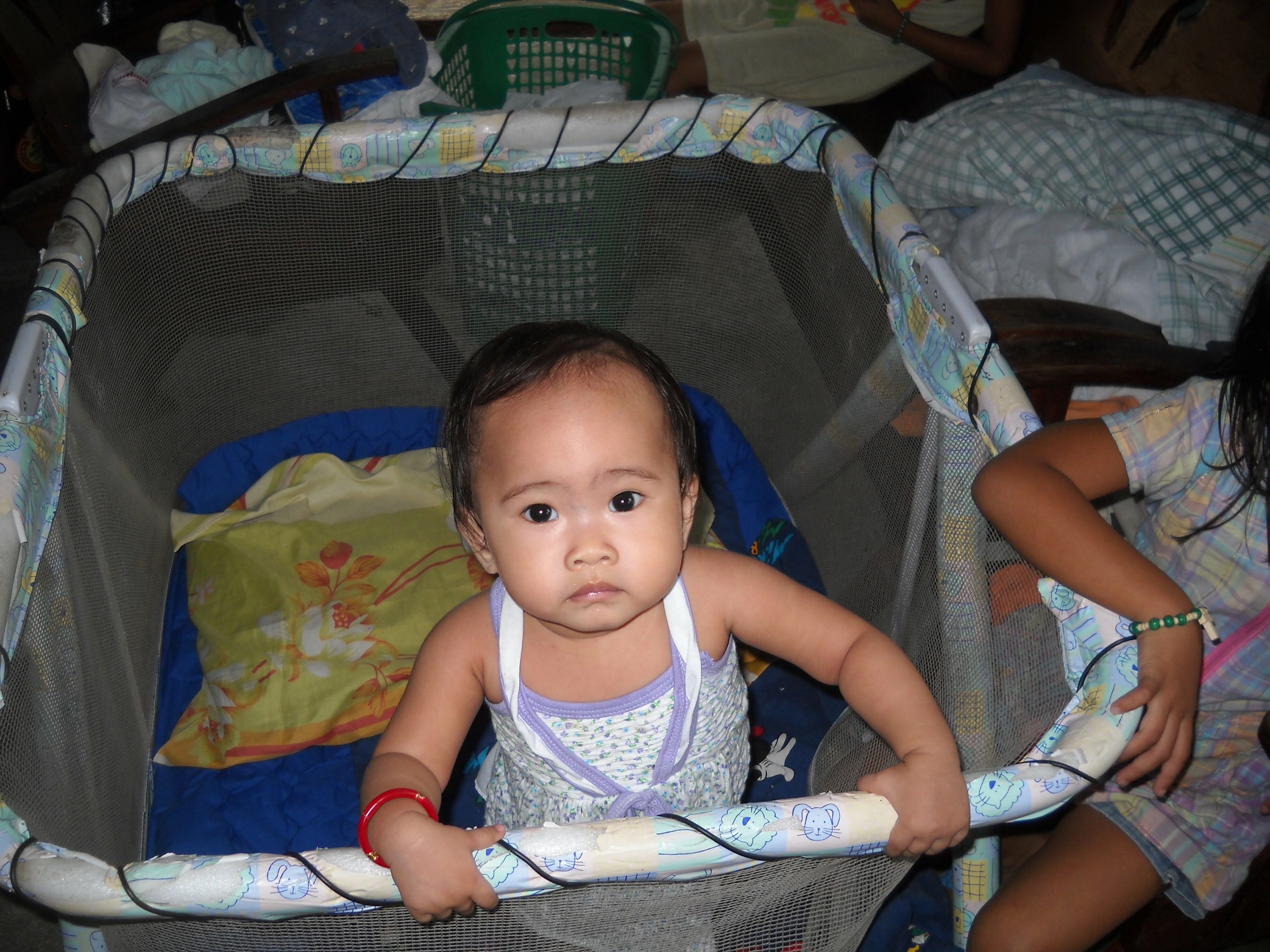 We almost kind of, sort of got something stolen from us early Tuesday afternoon.  Lita came into the computer room and told me that one of our local crazy ladies walked into the yard and tried to make off with our party size rice cooker.  It was Gloria.   Sometimes she comes by and checks things out.  At times we give her things to eat and/or drink.  She has a tendency to do weird things, but she is harmless for the most part.  She is the same person that I did my story  “Old Lady in a Box on.  We have plans to get a better fence, but just haven’t gotten around to it yet.  We want a metal fence, instead of the bamboo one and we will make it so it opens wide, but also will have a small walk thru gate so we won’t have to be opening it wide all the time.  It’s one of our main projects when/if we get our Nissan Patrol sold.

Speaking of that Nissan, it will be paid off after July (only 2 more payments) and we will have it up for sale after that.  To the best of my knowledge, there is actually nothing wrong with it anymore, but we never use it and it just mostly sits there.  I’m sure that if it was an automatic and I felt comfortable driving such a large vehicle in the Philippines, we would keep it.  Since none of that is accurate though, it needs to be sold.  The idea we had of having a driver for us all the time did not pan out.  We still need to get the registration up to date, but we will have it on sale for P350,000.  That’s actually a loss for us, but I figure that is about all we will be able to get out of it.  We do need to sell it to get some of the things done that we didn’t know about before we got here and some things that we couldn’t afford to do, since we did move here before we really wanted to.  Also getting laid off from my job in Texas was not a big help.

On Sunday, 19 May, we went back to George’s house in Tinambacan, but we didn’t actually go in.  We just went by there because we were on our way to another American’s house in Malajog.  This is the first time that I had met this guy.  His name is Larry Jackson (no relation that I know of).  He lives in a very nice house, right on the beach.  He was a very good host and offered me a San Miguel very shortly after I arrived.  I ended up drinking 6 of his beers and could of had more, but it was time to go.  Surprisingly after 6 beers I was still pretty coherent.  Afterwards Lita and I took a tricycle downtown and I walked to Mercury Drug to get some drugs while Lita did a little bit of shopping.  Next month, somewhere around June 12th (Philippine Independence Day) we will be going back to Larry’s house for his birthday party.  He said it will either be the weekend before or the weekend after since June 12th is on a Wednesday.  I’ll be sure to keep y’all up to date on that.

Tuesday evening (the 21st) Judith and family arrived back from Southern Leyte.  Everyone was well, but pretty tired from the journey.  Judging by the pictures that Juvic posted on her Facebook, they had a pretty good time.  I’m just glad that they all made it back safely.

This coming Saturday (May 25th) Marianne (Mar and Ludy’s youngest) will be getting married.  The wedding will be at St. Peter and Paul Cathedral (same place her brother got married a couple of months ago) and the reception will be at the Marju Krisel function room.  It will be the first time that I will be at a function there.  I did visit there and got pictures of it, but have never seen it in use.  I have always heard that the food there is good, so I guess I will finally find out.  I’ll have more on the wedding and reception after it actually takes place.

We have a new TitP Writer.  Her name is Aimee Arteche Catalan.  So far she only has 1 story, Deped Initiated Convergence Meeting to Activate OBE and PAS , but it’s a good story and I expect to have more soon.

Today, 23 May, we had a scheduled brown out that I didn’t know about until after it happened.  It was scheduled from 0800 to 5pm, but the lights did not go out until 10:25 and did not come back on until 6:07pm.  Normally they do not schedule brown outs for the weekday.  In fact this is the first one that I remember that was not on a weekend.  I’m going to have to be sure to check the Facebook everyday so I will not miss anymore of these.

My camera is still doing weird things, so first chance I get I will buy a new one.  I’m still leaning towards getting a cell phone with a camera and taking care of two things at the same time.  I’m sure I can find a decent one for not too much at one of the many cell phone shops downtown.  Lita’s phone is still active, but is not used much.  I just make sure she brings it with her when she goes downtown, just in case.  I tried putting the type of music she likes on her phone, but for some reason it will not read the memory card.  I have been having trouble with that reader recently anyway so it’s probably ready to be replaced.  They do not cost so much so maybe I will get one this next payday.  I’ll just check on the cell phones while I’m buying that new reader.

Since my camera is not working correctly, all the pictures today are leftover pictures that have yet to be posted yet.   A couple of them are close to ones that have already been posted, but not exactly.

I also need to check out some speakers since mine still do not work correctly.  I’m still not having any trouble with the headphones though, so I’m still convinced that it is the speakers and not the computer that is the problem.  Remember the speakers I have are named Chries and I DO NOT recommend buying them.