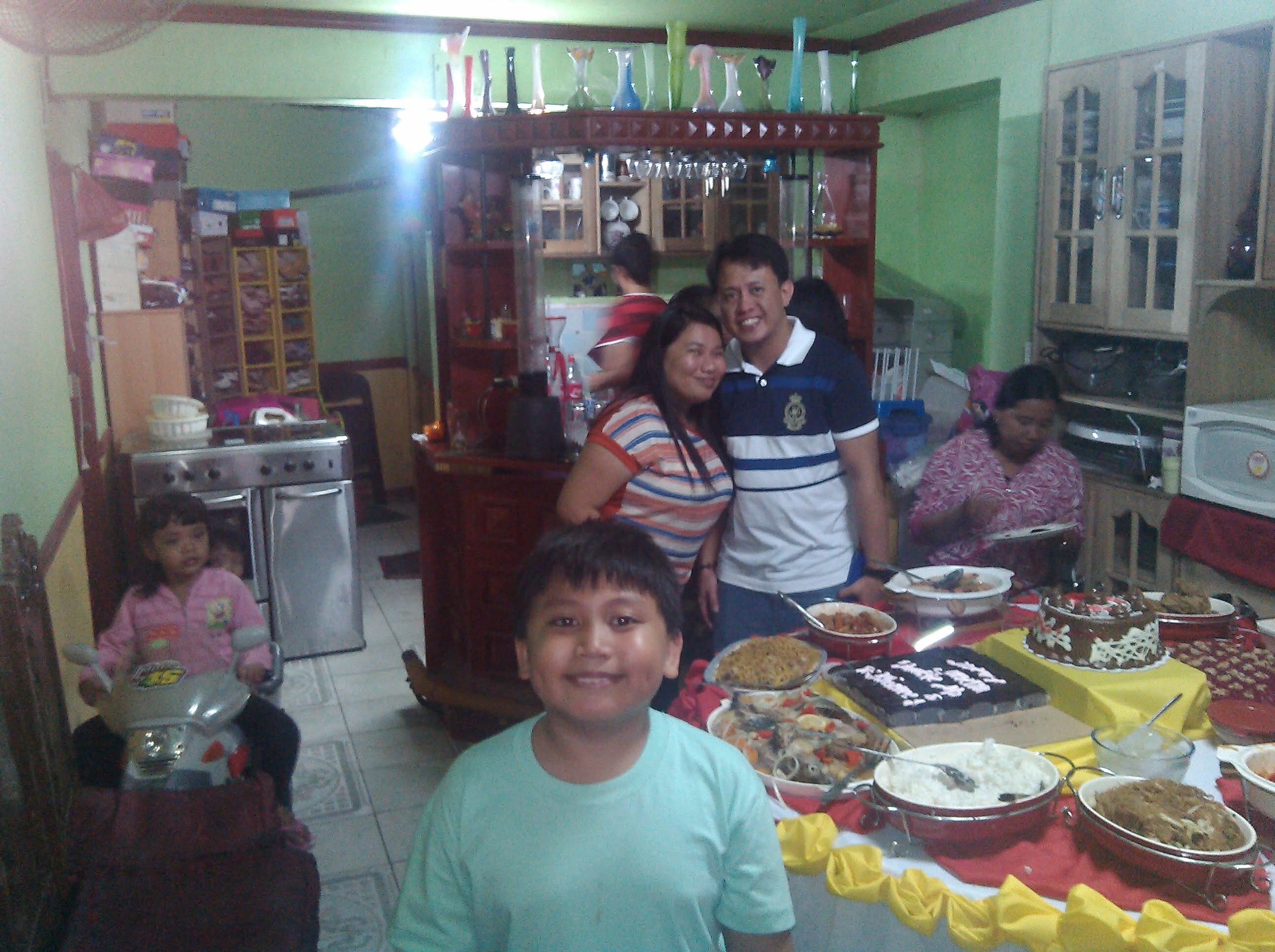 Today, 22 Feb, I went to do a video of one side of Magsaysay Blvd.  I only got about 1/8 of the way through and it started to rain too much for me to take a chance with the camera.  I was not so concerned about myself, but I have had enough trouble with my camera phones since I’ve been here that I don’t want to create another one.  I’ll try again on a brighter day.  However on the other side of that, I guess I’m going to have to start using sun block when I go out in the sun, at least on my arms.  It looks like I inherited my mother’s tendency to get skin cancer.  I keep getting splotches on my arm.  They go away, but I noticed one here recently that is worse than normal.  Hopefully it will fade also.  I have some sun block here that we got from Walgreens in Texas, but we have had that for about 4 years.  I just never use sun block or sun tan lotion.  I guess I’ll have to learn.  The one we have is still creamy, not watery and I do not see an expiration date on it.  I’m not even sure they have expiration dates, but it’s all I have for now, so it will have to do.

If you have been reading and read my last post: https://texaninthephilippines.com/2014/02/18/zine-71-new-phone-yelling/ then you know it’s been a few days since I’ve done a post.  It’s also been a few days since that first paragraph, so lets see what’s been going on?  I have not been back downtown to try to redo the video.  That mark on my arm is fading, just slowly.  When it is gone, I’ll go redo the video.  I figure by the end of the first full week of March it should be gone almost completely if not totally gone.  I’ll look around downtown for some sun block, hopefully one that tans also.  I need to pay the internet bill soon anyway.  Finding tanning lotion here could be difficult because Filipinos have this thing about trying to be whiter.  Go figure.  I guess that helps prove that people are never satisfied.  White people trying to be brown and brown people trying to be white. 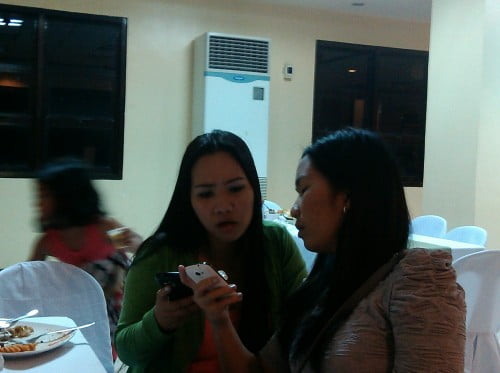 Juvic and Grace.  Even when they are out eating they are glued to those cell phones, taking pictures, texting and using the internet

Today I noticed that we ‘could’ get tickets for a total of a little less than P6200 for 2 people, 1 way to Seoul Korea.  Travel dates are within the time we need to exit for our annual trip.  It’s easier to get Space A out of Korea than it is Clark, but we decided to not buy the tickets.  We plan to try to get out Space A again from Clark anyway.  We’ll probably regret not getting the tickets because we won’t be able to get out Space A again and have to do something expensive again like last year.  I’m working on it though, I’ll figure out something, somehow, it’s still a few more months until August.

I may never be a Master Chef, but I’m sure getting good at cooking what “I” like to eat.  My problem is remembering exactly how I made what I did so I can repeat it.  I suppose I could write it down, but I never know beforehand if it’s going to turn out good or taste like crap.  Anyway, since I do forget, next time when I try, it comes out a little different and then I learned something else about what ingredients work together.

On 26 Feb we went to Mar’s house for the 27th birthday party of Maryanne.  It was mostly the typical Filipino food, but I had fried chicken, rice and cake.  The iced tea they had was very good.  It was flavored with apples and oranges.  I was also forced to drink some Red Horse, but I have since forgiven them.  Victor and I shared 2 liters of Red Horse, but I know I got the bigger share.  They had small glasses, not like my glass, so it didn’t seem like I was really drinking so much.  Victor had to drive home though so he probably took it a little easy. 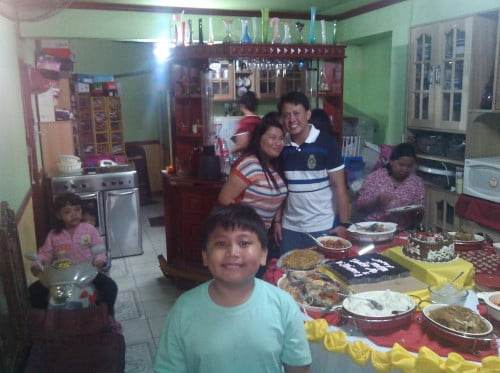 Payday, 28 Feb.  Lita and I went downtown to get the money and buy a few things.  She made me buy a chair for outside.  I didn’t think it was necessary, but it wasn’t a big thing to have an argument about, so I just bought one.  I did have to make sure it was plastic (to withstand the rain), had a big seat (to hold my big butt) and had strong enough legs to hold me up for long periods of time.  I got the best one I could find with those criteria, but there is not much to choose from around here.

Back at the house she made my favorite chicken treats.  That would be hot peppers wrapped with chicken breast meat and then all wrapped in bacon.  There is suppose to be cheese in there also, but we didn’t have any cheese.  Also it tastes best baked, but since we have no oven, it had to be fried.  It’s still good either way.

Juvic has a small blender looking thing and she is getting ready to make mango milk shakes.  She couldn’t get it to work.  A couple of people looked at it and they couldn’t get it to work either.  I took a shot at it and I figured out the problem.  I’m only mentioning this because it’s not often that I do find the problem after a couple of others have checked it out already.  It was a simple problem.  The tube was not ‘locked’ into the base.  It was on, but it won’t work unless it is locked in place.  I hear the shakes could have used a little more sugar, but I didn’t taste them.  They used that sweet condensed milk and I don’t like that stuff.

Okay, enough.  Right now I only have enough notes for 1 more post after this, so I hope something interesting happens soon.  Nothing bad, just interesting.  Thanks for reading.