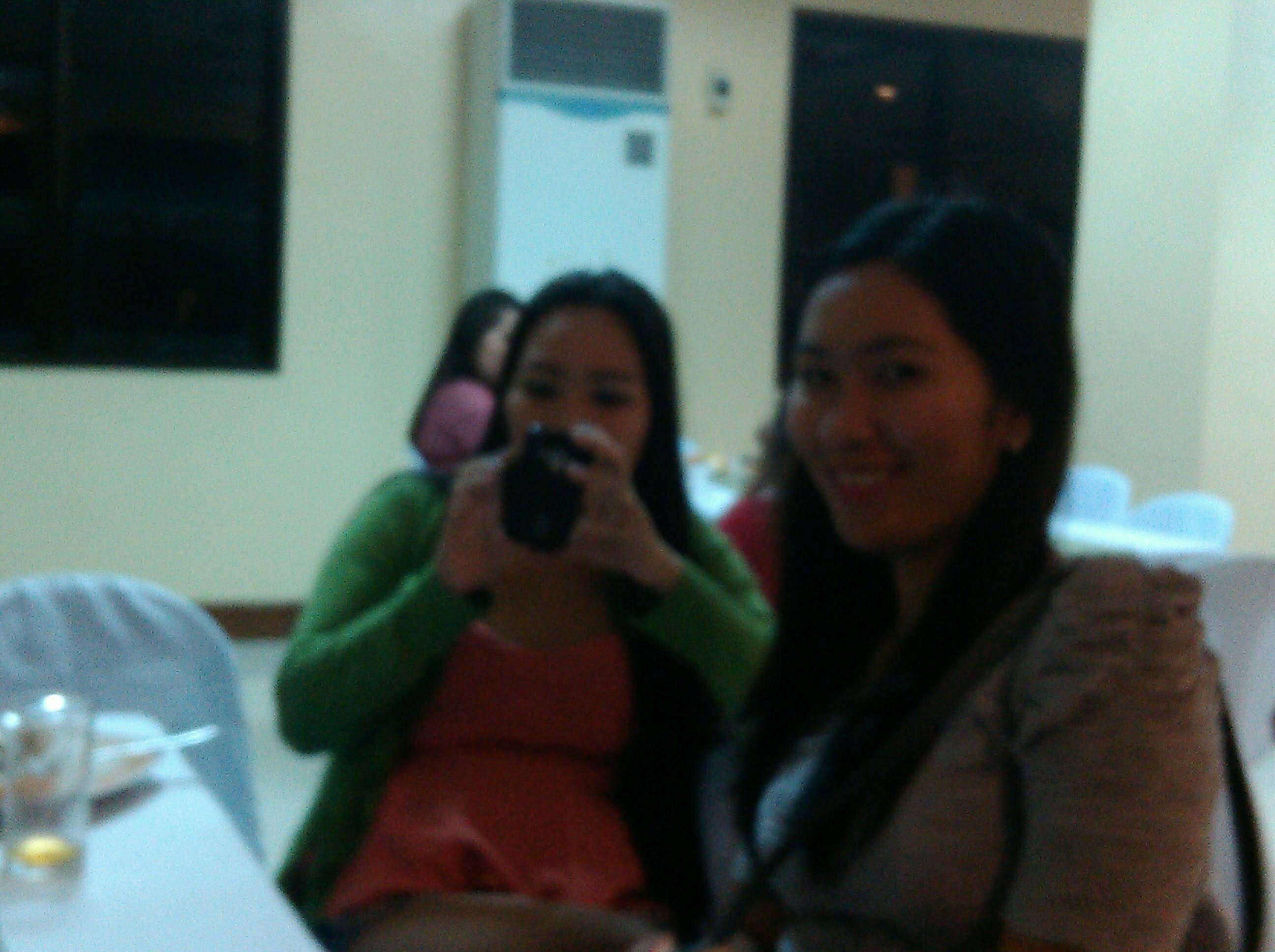 My goodness I just realized that it’s been 3 weeks since my last Zine entry.  I guess that’s good and bad.  I have been putting quite a few posts on here recently though.  I saw that for awhile all I was doing was putting on the Zine entries, so I decided that something else needed to be added.  I guess I did so much I forgot about the Zine entry itself.  Well here is a link to the last one:  Zine 71 – New Phone Yelling .  Oh Wow, it actually made a link.  I hope it works the same way every time.  For some reason it was not doing it before.  I’m listening to Grateful Dead sing Truckin’ while I’m typing this.  I’ll probably repeat it.  Then I’ll listen to the whole CD again (Guitar Rock – Classic ’70s).

Lita has adopted one of the kittens that hang around here.  It seems that the other cat, Blue or Grace or Juvic … whatever the name of that cat was.  I named it Blue but she kept calling it by the other 2 names also.  We have not seen him for 2 or 3 months, so we figure he’s gone for good.  Lita picked this kitten over the other cats/kittens because it was the only one that would actually let you touch it.  All the other cats and kittens are skittish.  So, as normal, I got to name this cat.  I decided on Gato.  For those of you that don’t know (and there are probably not many of y’all) “gato” is Spanish for “cat”.  He does not move around much and doesn’t eat a lot, but he does move in and out of the house and meows a lot. 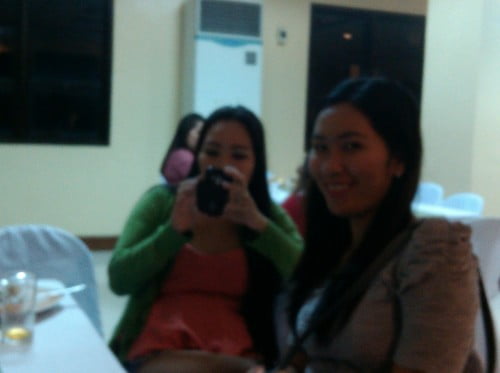 March 1st was a scheduled brownout.  Scott was suppose to come by to check something on my computer and to learn how to play my board game Empire Builder.  He did come by but obviously checking the computer was out of the question with no power, but he did learn how to play the game.  He brought his son and nephew with him.  The son took to the game pretty well, but the nephew had a harder time.  He did eventually get the hang of it, but it was too late to make a difference.  We had to cut the game short, but Scott was winning when we broke, so we just counted him as the winner.  First time winners in this game are not common.  I told Scott that I always let the first timers win so they will want to play again.  It’s not true and I don’t think he believed me either.  He did like the game though.  He liked it so much when he got home he found an online version and brought me a couple of it the next day.  It’s only ‘free’ for 30 days, but I’ll play the heck out of it until then.  I still prefer the board version, but I must admit that not having to erase and the faster game are better.  Usually the person that came in last has to erase (unwritten rule) and I normally don’t come in last anyway.

Lita and I have been discussing what we are going to do for our annual trip out.  Right now we are scheduled to have to be gone before 27 August.  Trying to get Space A out at that time is near impossible for us because we are traveling on the lowest priority.  Too many families traveling with children at that time so they take up all the seats.  Now I think …. well first of all we need to get her ID card updated.  I’m really hoping that the Embassy will start that up again so we can go by the RAO (Retiree Activity Office) on Clark to have that done.  I still wish I would have known we could have done that before, it would be done by now.  Anyway currently we are planning to head up north anyway in May.  We want to do some shopping and also because Grace will be going to OJT for a couple of months up there.  I’m not sure where, but she is ready to graduate from college and it’s pretty close to the last thing she needs to do, if not the last thing.  So we’re really hoping that the ID processing will be reactivated before that time. 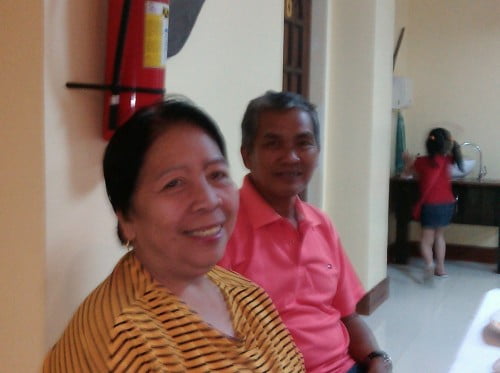 Judith and Victor Gloria (parents to Juvic and Grace, grandparents to Samantha)

Regardless of whether it is or not though, I think we have decided that we will be getting a 2 month extension and acquiring our I-card.  Last time we were there, they told us that it would be P15,000 for the both of us to get that 2 month extension and the I-card.  We didn’t have the money, so we just got a 1 month extension.  We know better now.  I hope that this helps anyone that was also confused on that subject.  I don’t really know how things will change for us if I get an I-card though.  I hear they are good for 5 years and I know that they do not affect my Visa status, but I wonder if there is anything extra that I have to do.  Right now all I do is show up, stay a year, leave for at least a day then come back.  No fuss.  With that I-card I can get my internet upgraded ‘in my name’ and unless my nephew pays the little over P5000 he owes them, I’ll never get it done.  It’s probably best if I have the I-card anyway, so maybe he did me a favor.

On the 3rd of March I went downtown to pay the internet bill and buy some more wine at Lolita’s.  The prices there are just better than the other place I was going to.  Also Lolita’s has a better wine selection in my opinion.  I also bought a bottle of tequila, but not Jose Cuervo.  This time I opted for a brand called Mojitos.  It says it is a product of Mexico, but distilled here in the Philippines.  That means it is less expensive.  It was about P500 less than Jose Cuervo.  I sure hope that it is passable tequila.  The Bar tequila they have here is not even close to good, although The Bar rum is pretty decent.  This tequila also came with a free shot glass, so that’s a little plus there. 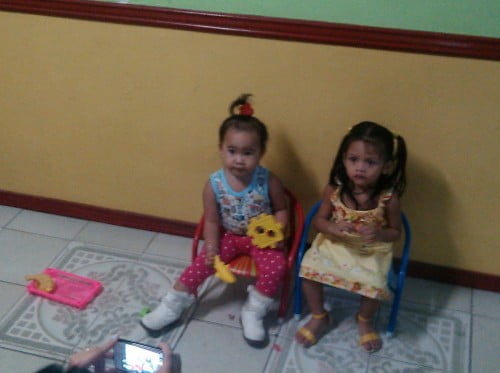 Today was the day I heard a ‘reliable’ rumor that Gaisano has finally figured out how to get started on building their mall and supermarket.  I have since been downtown to confirm that IT IS TRUE, FINALLY.  Actually if you have seen my new video:   Magsaysay S/N Part 1 then you know that they have started on the supermarket (the link worked again, maybe I have this finally figured out).  I also had the mall area on that video, but since I didn’t know it cut off after 10 minutes, it didn’t record.  Next time.  I’m not sure how long it will take to build these 2 structures, but I’ve been told about 1 year.  Knowing Filipinos, I’m expecting it to be at least 1 1/2 years.

Last item for this post is on March 5, 2014 Grace Joy Gloria (my niece) turned 21 years old.  She is not a wild child, but she’s not as tamed as she use to be either.  I think she’s great and I often let her know that she’s my favorite niece named Grace in the whole world.  And she is.

In the next post I will let you know about a new job for Victor, a Filipino party I went to, another party that was a mixture of expats and Filipinos (where I met a couple of new expats).  Even at least one guy that is both Filipino and an expat was there (but I had already met him).  Also I will let you know about another party that we will be going to on 23 March and I have a little story I heard about the Gaisano Mall going up.