[smartads] Well today I will give you a break from the Provinces.  I actually have some of my own pictures to share with y’all today.  I’ve only got about a dozen of them for now, so I’ll put them all on here.  Hope you enjoy them all.  Be sure to click on the pictures to get more information on them.  I put additional information on all of them.

Useless Knowledge:   Before he became famous for his TV comedy work, the late Phil Hartman was a talented and respected graphic designer. In fact, he was the designer of the logo for Crosby, Stills, Nash, and Young.

Grace (on left) and Friend

At 0126 this morning that little mouse came running back up on the table.  Once again he made a more rapid exit than he did entrance.  I think that maybe he hangs out around here on the table when I’m not around.  He just wasn’t expecting me to be here or he just took a wrong turn again.

I was up early today but I didn’t get out of bed for awhile.  I just didn’t want to get up and of course I have that option.

When I finally did get up I had 2 peanut butter and banana sandwiches.  That’s cool, I like those, but I need to find a toaster.  Maybe we can get one in November, in Tacloban.  For right now it’s time to head for LolyKat.

The fly here in the store must be a teenage fly.  If you don’t know what a teenage fly is then you need to read my other website, 1st post.  http://stupidthoughtsonfacts.blogspot.com/

I’m still getting use to that other website, but I did make a few changes to it.  More than likely I will be changing it more too as I figure out how to do things there.  It’s not like this one where I can put so many posts on one page, thanks to the excerpts.  Well if it is, I don’t know how to do it yet.  I think that, for now, I will be putting only 1 post per page.

The food we serve here is pretty good I guess, we sure do get a lot of people stopping by.  There will be someone driving by and then they will turn around and come back to buy some.  I can’t help but think how well we could be doing with better organization and more money to get us pointed in the right direction.  I’m thinking that by the time Judith moves here in December or January, we will have both.  Judith has effectively managed her eatery for several years now and by then I will have the bills under control and/or eliminated.  Yes I think a small restaurant would do just fine here especially with the eventual build up in the area.  It’s coming we just don’t know when yet, but we are going to try to be ahead of the power curve.  We plan to have a variety of foods unavailable anywhere else in Calbayog.  Probably about half of the dishes will be catered towards the foreigners that are staying at the Ciriaco Hotel, as long as they are looking for American or Mexican style foods.

Some more of Grace’s friends

Useless Knowledge:  “Happy Birthday” was the first song to be performed in outer space. It was sung by the Apollo IX astronauts on March 8, 1969.

Jay is here today and the only reason I am sitting out here in the store, instead of him, is so I can take more notes. Hopefully interesting notes so I won’t be boring y’all.  I know a lot of times you read the same stuff just with different words.  I try to slip some interesting things in between it all.  Most of the time the best stuff happens when I leave the area. But I slid some good stuff in here every now and then just to see who is actually reading.

Casandra knows how to point at the “lizard” now.  When we see a gecko and even sometimes when we don’t, we just ask her where the lizard is and she will point to the wall, at a gecko if there is actually one there.

This is Tuesday, when I took the notes, so it is probably Wednesday when you are reading this, so that means only 2 more days until money time.  I will be extra careful, as much as I can, with this check and hope I’m right about the December or January financial situation.  Of course if we happen to win the lottery or get a lot of people using the MJ Toursit Service, then that would help ensure that good things will happen for us.  I’m not really in a hurry, unlike Lita, I just want to be on the right track, as long as it is progressing that is all that counts for me.  I’d just like for things here to be like they are in my head.  The way I pictured it would be living here.  We are close to that, except for the house not being like I want it.

I didn’t even get on the computer until around 7:00pm.  Lita is still on that girlfriend on the Internet thing.  I’m just going to not talk about it if she brings the subject up again.  She is better than she was yesterday though.

Since I was mad at Lita and I didn’t get on the computer until late, I missed 2 of my fantasy football drafts.  I hate it when that happens especially since I’m the Commissioner in both those leagues.  The teams turned out okay with what the computer picked for me, but sure could have been a lot better had I been there picking.

I have added a Sigbin to the mythological creatures.  Supposedly a blood sucking creature that they use to frighten children.   There are current rumors that these things have been spotted recently.

Brown out at 11:48pm.  It made an attempt to come back up within about one minute, but it failed.  Usually after 2 or 3 attempts to come up, if it doesn’t, that’s a sign that it will be an all-nighter of a wait.

We were working on a record # of hits, and in fact probably got it, before the power went out.  Also I didn’t get an exact number, but it was a little over 10,200.  The old record was close to that and we still had about 1 hour to go before the 24 hours was up.  I guess now we will never know and that’s the second time that has happen when the record was being threatened.  Maybe it will happen again soon.

Casandra pointing at a Lizard

Useless Knowledge:  The bite of a leech is painless due to its own anaesthetic. It will gorge itself up to five times its body weight and then just fall off its victim. The first medical use of leeches dates back approximately 2,500 years. The leech’s saliva contains a property that acts as an anticoagulant for human blood. 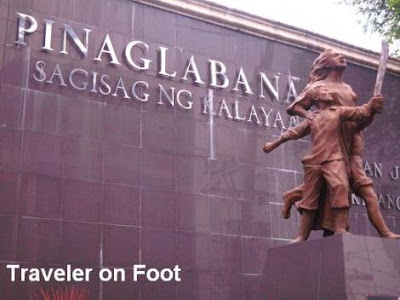 1896 – The bloody virtually hand-to-hand Battle of Pinaglabanan at San Juan del Monte is fought between the Katipuneros, Filipino revolutionaries, and Spanish colonial forces, a day after Supremo Andres Bonifacio y de Castro led the start of the general uprising during the Philippine Revolution; in the two-part battle, Bonifacio led the Katipuneros in marching evening of August 29 from Santa Mesa to El Polvorin, a Spanish powder magazine located in San Juan del Monte, and by 4:00 of the early morning of August 30, subsequently launching a surprise attack and successfully seizing the magazine, killing the Spanish commander and a number of the artillery men and sending the remaining 100 or so enemy forces to retreat towards the nearby Manila water works deposit office building, the El Deposito; however, the enemy forces were able to call for reinforcement and by noon of the same day the 73rd “Jolo” Regiment made up of Filipino soldiers under the Spanish command of Gen. Bernardo Echaluce y Jauregui began arriving at San Juan del Monte but amidst such formidable, lopsidedly better armed forces, the valiant Katipunero soldiers pushed on the ardous struggle to liberate the nation; while the mostly bolo-and-sharpened-stakes-armed Filipino revolutionaries would be no match to the enemy forces equipped with Mauser rifles or pistols, the victory will prove a pyrrhic one for the Spaniards because the blood let from the approximately 150 Katipuneros who will die in battle and the many who will be captured and subsequently executed would but nourish the will of the Filipinos to carry on the fight for independence; that same day, Spanish colonial Governor-General Ramon Blanco officially declares the state of war and martial lawon eight provinces, Manila, Bulacan, Pampanga, Nueva Ecija, Tarlac, Laguna, Cavite, and Batangas as the flame of the revolution soon engulfs these provinces.
Photo credit:
http://traveleronfoot.wordpress.com/2008/06/03/the-katipuneros%E2%80%99-baptism-of-fire/
Tags: Birthday, Calbayog, Ciriaco, Facebook, Grace, Hotel, Philippines, TV, Yahoo
Tags: Birthday Calbayog Ciriaco Facebook Grace Hotel Philippines TV Yahoo