[smartads] I’m going to make a attempt at this post today, but I’m not sure it’s going to be very long.  I did not go anywhere today and very little happen today.

This morning I scampered out of bed at 0731.  I thought I was ready to get up, but I’ve been tired all day today.  I don’t even remember if I took a nap today or not, I don’t think so though.  It’s been a weird day.  Even as I am typing this I am yawning every few minutes.  There goes another one.  I’ll be glad when it’s time to go to bed.  Lita has the TV blaring right now, so I’ll have to wait at least until she turns that off.  I hope that will be within the next hour.

This morning Lita wanted me to eat cereal, but I had to explain to her that we do not have anymore cereal, so I’ll have to eat either oatmeal or pancakes.  Pancakes it was.  There were 2 pancakes left over from yesterday, because Lita didn’t eat any.  We put some strawberry syrup on them and gave them to Precious.  She liked them alright, until she tasted the fresh pancakes I made this morning, then she didn’t want anymore of the old ones.  Not sure if it was because they were old, cold or had strawberry syrup instead of the maple syrup, and she didn’t say.  Cathy came by looking for Precious and stayed a little longer than necessary.  I took that to mean she was wanting a pancake, so the first one I cooked I gave to her.  She tried to act like she didn’t want it, but she didn’t put up much of a fight.  She used some of the chocolate syrup that came in the pancake box.  I tried eating some of Precious’s pancakes and act like it was better than what I was eating, but I think she’s smarter than me, because she wasn’t having none of that.  She still wanted mine over hers.  Afterwards she got her peso from Lita, and gave it to me for her ice candy.  She got strawberry today.  No diaper/non-diaper shots today. 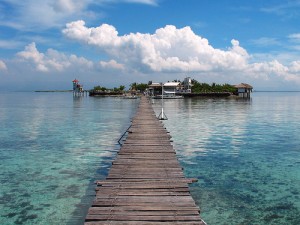 For lunch today I had 2 bacon/tomato sandwiches with the last of the mustard in that squeeze bottle I had.  I had to get another bottle out of the cupboard.  I think I’m down to 3 squeeze bottles now.  I think, but I’m not sure, I saw some small bottles of mustard at Robinson’s last time we were there.  I’ll be there in 6 days, so I’ll look again.  With the 2 B/T sandwiches I had a bag of the chips I bought.  It was one of the new ones, so I wasn’t sure of how it was going to taste.  They were small hickory smoked tortilla chips.  Not too bad, but I don’t think I will be buying them again.  I poured about 1/2 the bag in my plate and brought the other half outside to the picnic table to give them away.  Anna Peal, Nicole and Precious were at the table.  I put the chips on the table and, “Here, I don’t really like these, you can have them”.  Well Anna Pearl grabbed the bag, and said, “Mine”.  Nicole was trying to grab the bag from her.  Both of them laughing the whole time.  I took the bag back and gave it to Precious.  They then both tried to get the bag from Precious, but she can really scream loud.  It was my turn to laugh, so I did, and walked back into the house to finish my lunch.  I’m not sure what happen to the chips after that, but Precious stopped screaming.

Lita just turned off the TV, so when I finish this post, I’m going to bed right away.

Lita says that when we return from Tambis, she will have Arnel working again on the LolyKat store.  She wants to put in some shelves and start selling something.

Well we did not go downtown today as scheduled, but we will be going tomorrow, for sure.  She’s going to the market early in a tricycle and around 10:30am, Victor will be picking me up in Mar’s smaller car.  Not the Kia Sportage I took a picture of at Malajog Beach, but another one that I don’t know the  name of right now.  I will be going to the bank to get some pesos for our trip and, of course, to pay some bills.   I’m going to try to remember to fill out all the paperwork before I go to the bank, so I won’t have to do it there.  Last time I filled it out there and while I was doing that, 5 more people came into the bank and got in line ahead of me.  I was lucky then though, because there were 3 tellers.  That’s the first time I’ve seen 3 tellers working at the same time.  Although 1 of them quit and starting doing something else shortly after I arrived, he still got 3 or 4 of the customers out of the way first.  Usually I go in, and I’m lucky if there are 2 tellers there.  I don’t think I have anything else to do downtown tomorrow after that, so I’ll just have Victor bring me home.

Yesterday, right after I pushed “Publish” for post, Judith, Victor, Grace and J showed up.  They came in Poppa’s new tricycle.  They have tassels hanging from the top of it and there is a battery in there for some lights.  When the lights come on, they are red.  I’ll bet it looks nice going down the road, and a lot easier to see than some of these tricycles that have only a small white headlight in the front.  J was doing the driving, peddling, whatever you want to call it.

I found out today that Poppa will not be going to Tambis with us this weekend, so that means I get to ride in the front of the truck with Leo (the driver) and Titing.  Everyone else will be in the back of the truck.  I hope it doesn’t rain because there is no cover for the truck, unless they have one I don’t know of, and I don’t want Lita getting wet, she might get sick.  If it starts raining, I’ll get in the back and let her ride up front.  Probably I’ll get an argument for this, but I’m not letting her ride back there in the rain, so if I have to ride back there in her place, I will.

Mar, Ludy, Marge (not Margie) and Marlou came by tonight to eat.  They didn’t stay that long, but longer than last time they were here.  Marlou left first because he was bringing some food to Chiqui, not sure exactly where she was though.  Mar was asking for good news for MJTS, but I didn’t have any for him.  I forgot to mention about the tours on Samar.  I mentioned to him only that once, and I was suppose to do it again, because I need to talk him into doing it.  It wouldn’t have to be much because I’m sure that people from outside the country most likely won’t be coming to the Philippines to see Samar.  Our tours would be more for people already here in the Philippines that want to look around our island.

Marge is leaving tomorrow evening (well this evening now, it’s after midnight).  I believe she will be leaving at 7pm tonight.  She’s going back home to Cebu.  I guess she calls Cebu home, she lives there most of the time.  Usually when we visit in Cebu, that’s the house we stay at, so we don’t have to pay for a hotel.  I’m still hoping that we get to go to Cebu next month, but it’s not looking good for that.  I really would like to go to The Jungle restaurant.

It’s 12:35am now on 4 Nov and I’m out of things to write about today.  I did pretty good for not having much material.  Hope it isn’t too boring, but it seemed alright to me considering the limited amount of input available.  I’m about out of pictures, but I’ll put on here what I have left and I will be getting some new pictures tomorrow.  Maybe I’ll take some while I’m inside the bank and try to remember to get Victor to go the long way home, by the new market, and get some pictures of the other things in that area.