[smartads] This is not going to be a very long post.  Maybe it won’t be the shortest post I’ve had, but it may be close.  I’m sure I can find  a way to add a few things in to make it look longer though.

The City of Muntinlupa (Filipino: Lungsod ng Muntinlupa) is the southernmost city in Philippine National Capital Region. It is bordered on the north by Taguig City; to the northwest by Parañaque City; by Las Piñas City to the west; to the southwest by the city of Bacoor, Cavite; by the city of San Pedro, Laguna; and by Laguna de Bay to the east, the largest lake in the country. It is classified as a Highly Urbanized City with a population of more than 400,000 and is given the nickname “Emerald City of the Philippines” by the tourism establishment.

Muntinlupa was once notoriously known as the location of the national insular penitentiary, the New Bilibid Prison, where the country’s most dangerous criminals were incarcerated. Consequently, Muntinlupa or “Munti” became synonymous with the national penitentiary although it has largely shaken-off this negative image to become one of the most progressive cities in the country.

Muntinlupa is also home to some of the best commercial establishments in the metropolis and is the location of Ayala Alabang Village, one of the country’s biggest and most expensive residential communities, where many of the wealthy and famous live.

I guess I should be writing things down here.  It’s 0900 by my computer clock.  Yes, that’s right, I’m at the computer, not in LolyKat.  I may not be here much longer though.  I got my comments answered and I’m heading for my e-mail now. 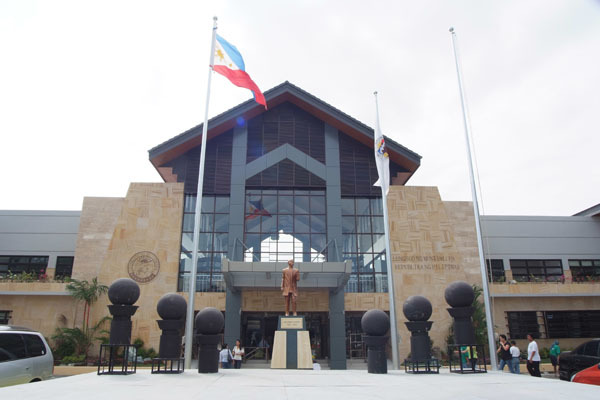 There are only 3 messages here.  One to be deleted, one for spam and one to read.  The one to read is from Rick Smith.  He sent me some pictures of his hot water heater.  It’s not a normal hot water heat like you see in the US.  This one you put on your wall in where ever you want the hot water.  Rick has his in his CR and when I get mine, that’s where mine will be too.  He says he has had it for over a year and has had no problems with it (knock on wood).

There goes the ice cream man on his bicycle cart.  He has some music that plays while he pedals that just repeats the same thing over and over.  The tune is only about 10 seconds long so I don’t see how the guy keeps from going crazy having to listen to that over and over, every single day.  I couldn’t handle it.  And yes that means I am now in LolyKat listening to him go by.  At present it is 10:27 and I’ve been out here since about 10:00.  I had some cucumber and tomato sandwiches before coming out.  There is no coffee to drink today, so resorted to drinking the rest of Lita’s Mountain Dew.

Making a Note:  Be sure to have a constant chicken and coffee flow. 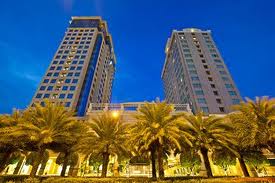 I caught a couple of flies with my hand, like my mother showed me how to do, and now Khan is trying to do the same thing.  I told him to be sure to wash his hands after, if he did happen to catch one, which I doubt he will.  I caught them because Reverof has a “pet” spider in a little jar.  He takes it out to play with it, then put it back.  I thought maybe the spider could be hungry so I caught them, killed them and put them in the jar.  Titing said I am now a murderer because I killed the flies.  A double murderer.

I have updated the information for the Ciriaco and also for the Cafe Elsa at the hotel.  Cafe Elsa has a new improved menu.  Actually it is 3 menus and I put all 3, front and back on that page.  The prices for the hotel changed slightly since my initial post.  The prices and the information have also been updated on the site.  They are still using the “special” rates and according to the young lady at the front desk, whom I asked twice just to be sure, the “special” rates will run for the entire year of 2012.  I’m pretty certain that until they get the resort part of the hotel operational, the “special” rates will apply.  That, according to the Security Guard, should be the summer of 2013 before it is finished. 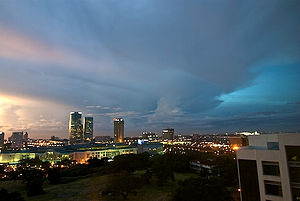 Lita bought a huge sweet potato a few days ago.  It was so big, I made 3 meals with it and still gave some of it away.  I’m not talking little meals either.  On each one of those meals I had at least 3 stacked sandwiches, plus I ate just about as many without bread.

I did some work on my e-book today.  At least I’m writing a book that I hope to turn into an e-book.  I’m not sure how all this e-book stuff works yet.  Tomorrow I think I will try to put a story in an e-book, just to see if I can make it work.  I’ll probably try that Gummy Girls and just make it a free e-book or maybe just charge .25 or something to check all aspects of e-books and selling them online.

Told you it wasn’t very long.

Useless Knowledge:  Residents of Hawaii outlive residents of all other states. Louisianans are the most prone in the United States to die an early death.