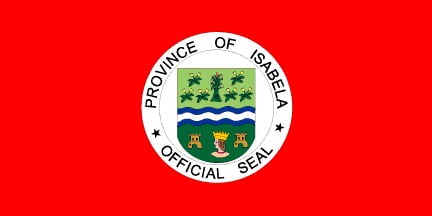 [smartads] If you remember from the last post, I was having major problems with no more space on my C drive.  I have averted that problem for now, but now I have been told that is not the big problem.  I’ll get into that a little later in the post, but lets start the day at the beginning so it will all be in perspective.

Isabela City (Officially the “City of Isabela”; Zamboangueño Chavacano: Ciudad de Isabela ; Tagalog: Lungsod ng Isabela) is a 5th class city and the capital of the province of Basilan, Philippines. The city is located on the northern shore of Basilan. Across the Basilan Strait to the north is Zamboanga City. Zamboanga City is very accessible via ferry boat (lantsa – 1 hour travel time) or fast craft (sea jets – 30 minutes travel time) and even pumpboat. 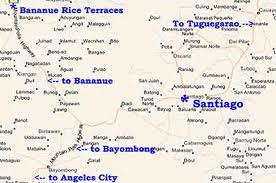 While administratively, the island province of Basilan is part of the Autonomous Region in Muslim Mindanao (ARMM), Isabela City itself is in not part of this region and is placed under the Zamboanga Peninsula region.

The sizeable ex-patriate population of Swiss, Swedes, Germans, Spanish, British and Americans dwindled towards the end of the 1960s when the Moro rebellion started razing the plantations, and in so doing demoting Basilan from its erstwhile 1st class City status in the early to mid 1960s to a 5th Class province by the late 1970s 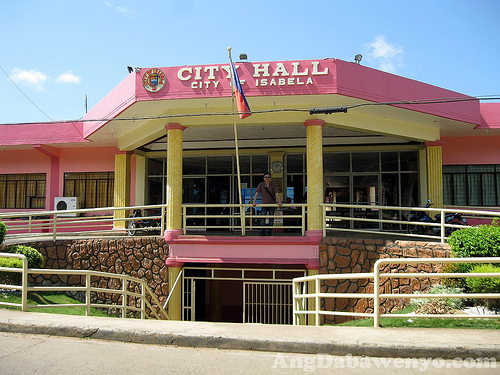 The day started out with both of us (Lita & I) confused.  She woke me up at 0638 because she couldn’t find the money from the store that I usually put in the same spot in the house each night, so it won’t be lost.  It wasn’t there.  I didn’t go to bed until 0300, so I wasn’t so happy, but I had to get up because I was the one that was suppose to put it in that spot.  The reason I was up so late is tied in with the C drive problem.  Anyway, I got up, got mostly dressed and started looking.  She said she didn’t see it in the store, so I searched the house.  I even checked the bathroom.  There are only 4 rooms to check, so it didn’t take too long.  I knew that where ever it was I would not have hid it under anything.  No where could I find it.  So I went out to LolyKat to look.  It took me about 5 seconds to find it.  It wasn’t in the normal spot that we keep the money, but it wasn’t hidden either.  The most important thing is, it was found and nothing was missing from it. 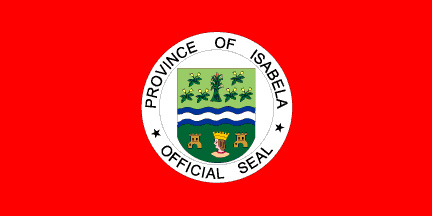 So I go back to bed.  About an hour later I’m informed that it’s time to open LolyKat officially.  So I open up.  I thought I could go back to bed after that.  No such luck.  She’s busy so I’m elected to babysit the store.  So I make a couple of PB & J’s and my coffee, then I take a seat out in the store, looking forward to a wonderful time of sitting around all day doing nothing again – (sarcasm).

A man named Melvin showed up.  He wanted to buy some cigarettes.  He is attending one of the conventions going on at the Ciriaco.  He speaks excellent English.  He is a Filipino, but I think he lives in the US, at least most of the time.  He was wondering what I was doing, living in the Philippines.  So I explained part of my story.  I didn’t tell him everything because the way I ramble, I’d probably still be talking and he was only on a break from discussing rabies in the Philippines.  He hung around and we jabbered for about 10-12 minutes, then he had to get back. 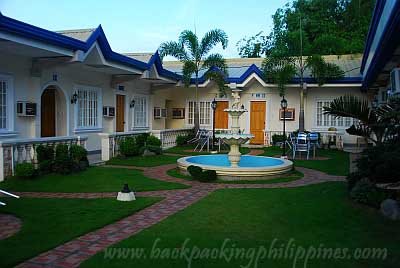 I finally decided I was bold enough to try a cup of Lita’s 7 in 1 coffee.  Before I tell you the verdict on the taste, I’d like to explain to you a little about just exactly what the 7 is.  Besides the obvious stuff (coffee, cream & sugar) it has mushroom (Agaricus Blazei Murill), Ginseng, Spirulina and Reishi.  The mushroom supposedly reduces the risk of cancer and can enhance you immunity.  The Korean Ginseng is widely known to supposedly improve stamina, endurance, mental and cognitive performance, reduce blood sugar level and act as an antioxidant.  The Spirulina is an algae rich in proteins and minerals that your body needs.  The Reishi is an antioxidant that stimulates liver actions through blood cleansing.  It also aids in lower blood pressure by increasing blood circulation and it elevates plasma and insulin levels which help lower blood sugar.  It all sounds wonderful, if all that stuff really helps do what it says it does, and it probably does.  But that does it taste like?  The verdict is: I couldn’t even tell the difference in that an the regular coffee really.  It didn’t taste bad at all.

Of course when I made mine I added a regular Nescafe coffee package to the mix because I wanted a stronger coffee.  I don’t know what it tastes like on it’s own.  I still prefer the San Mig extra strong coffee to any of the coffee’s I have tasted thus far in life.  Since  I am relatively new at coffee drinking, I have not tasted a wide variety and mostly what I have tasted is instant.  I still plan to visit Bo’s Coffee soon and will have a better assessment of different coffee’s then.  I can guarantee you though that, unless I come into a lot of money, I will not be one of those people that spend $5 for a cup of coffee.  That’s just stupid if you ask me.  Now if it is real good coffee and you get at least 2 cups for that, then that might be a different story. 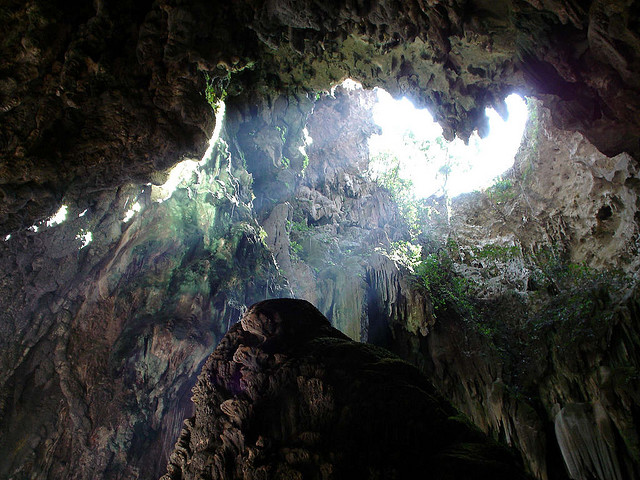 Lita is sitting on a stool by the dirty kitchen, digging through the trash.  We are suppose to be separating the plastic out of the regular trash.  For not recycling the plastic, if caught, I believe it is like a P500 fine.  I told her to wait for Jay to do that, but she is in ‘brick wall’ mode right now.  I know later I will have to listen to her later complain about how tired she is today because she ‘had’ to do that.  As BA would say, “I pity the fool that she catches throwing plastic in the regular trash again”.  I guarantee it will be an experience that they remember for a long time.  Oh crap!  I knew she was going to call me to help with something, just a minute (or 10), let me go see what she has in store for me.

After washing my hands from picking up nasty garbage bags with mud and ants all other it, I headed back to LolyKat.  After a few minutes, Melvin showed up again.  As we were talking, he mentioned something about being able to get medical aid and medicine through the US Embassy in Manila.  He said his father did it, but I’m not sure if his father had some kind of special diplomatic status.  It’s something I should be checking into.  If it’s true, it’s not widely known or I figure one of you intelligent people out there would have told me by now.

Around 12:30pm I got to eat.  I ate the rest of the spaghetti from yesterday and I added my last can of stewed tomatoes to the mix.  It was okay, but I doubt I’ll be making that mixture again.

A little before I ate and until 3:30pm, I was in the house dealing with my C drive.  After deleting things that I deemed “not necessary”, like my Encarte Encyclopedia, Thunderbird and Silverlight, then deleting any duplicate files, then erases any leftover files from games I once had on the drive and other files I thought were safe to eliminate (like preloaded music and pictures), then cleaning the drive, then compressing all the files and finally defragging the drive, I now have a little over 5GB of space on that drive.    Since I’ve done that, I have not had a problem with having to wait on my pictures when I put them on the blog.  In fact, it’s the fastest it’s ever been.  I still get the “Not Responding”, but rarely. 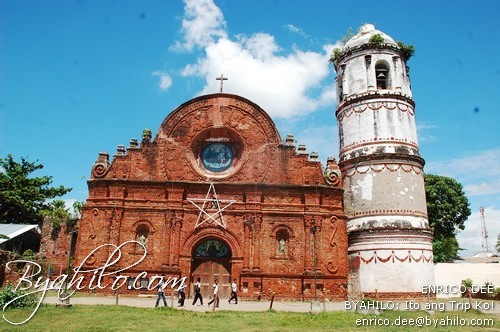 The Church of San Matia

However, there are some thorns among the roses.  I started getting big black lines across my screen on occasions.  Just randomly.  I’m told it’s problem with the audio/video driver.  I figure that could be true because I have been having trouble with that thing for quite awhile and maybe it’s about to give up on me.  I need to have that checked out, big time.  Of course the disk drive still should be replaced also.  Maybe my DVD player is out because of the ongoing audio/video problems?  I don’t know, but it needs to be checked out also.  The thing that is happening that pisses me off the most is that usually when I try to connect to someplace, it comes up with a connection error.  It says it can’t be found or it’s taking to long to connect.  I’m just going to Yahoo or Google front pages usually.  But even to a place that I finally did locate on the Internet, that error and/or those lines come up.  All that good stuff happening and I still need a printer, speakers, my A drive operational, a local power supply and more memory (for the computer and for me).  I probably should get an entire upgrade, including a new mother board.  I am so far outdated from the current technology it ain’t even funny.

I changed the look of the donation form a bit, in case you want to take a look.  You may as well leave a donation while you are there.  🙂

Oh wonderful!  At 8:49pm we had a brown out.   Another one that lasted just long enough for me to have to turn off the computer, about 5 minutes long.

I just found out that I have 115 updates for Windows 7 to download.  Only 9 of them are electives, the rest, they say, are important upgrades.  I looked through the optional ones and decided that I only want/need 4 of the 9.  So I have 110 updates to complete.  I started it this evening, but I cut it off after 54.  Problem is, I don’t know how that icon that told me about the updates got in my task bar and it’s no longer there.  I’ll look for it after I send this out, but I’m sure that when another update comes in, it will appear in my task bar again.

I’m thinking that maybe, just maybe, some of my computer problems may be resolved once all the updates are completed.  Of course maybe all it will do is cause more problems or maybe it won’t change a thing.  I’m, of course, hoping it will fix problems, but I doubt it can fix my audio/video driver.  I’ve got my disk for the mother board where my audio/video driver is, so I’m going to try to reload the drivers to see if that does any good.  I’ll let you know in the next post.

The place that I usually get the cities to feature on here is acting weird (Wikipedia), so I’m going to start pulling from some place else.  I hope to not repeat a city and I shouldn’t, but in case I’m not paying attention, y’all don’t judge me too harsh.