[smartads] The Tarsier monkey is native to the Philippines and is considered the smallest monkey in the world.  Notice how it fits in the palm of this hand.  You can see these monkeys while on a MJ Tourist Service tour.  Contact us today through our link on this blog.

The 21st of December was a pretty active day for me.  It all started really at 0719 when I got up.  That’s not counting me getting up at 0646 for a quick CR break.  I thought I was ready to get up then, but my body said to take it easy a little bit longer.

My foot was starting to feel bad again so we planned to head downtown to see if we could get the anti-biotic medication that has been helping me.  In the meantime, I took a couple of Motrin to try to ease the increasing pain.  It helped some, but it didn’t completely stop the pain.  If they don’t have the Texas medication here, we’ll just get some of the medication from the prescription the doktor here gave me.  I wasn’t looking forward to going downtown because I really didn’t want to walk on this foot if I didn’t have to.  As it turned out, I got lucky.  Neneng knew of our problems, running out of medication, and she was heading downtown anyways to go to the bank for the weekly Pepsi business deposit.  She offered to stop by and get the medication for me at either Mercury or Rose pharmacy.  I told her to first find out about getting the Texas pills and if not available, the fill the prescription of the doktor.  As it turned out they did not have the Texas medication here.  Neneng went to Rose pharmacy, because that is where Chiqui works, to get the other ones.  A couple of hours after I took those pills, the pain started decreasing, and I was so happy about that.  My right foot is still about 50% bigger than my left, but as long as it isn’t hurting, I don’t really care.  I will continue to take the current medication for probably 3 more days, maybe 4.  At least 2 days after the pain has stopped is what I want to do. 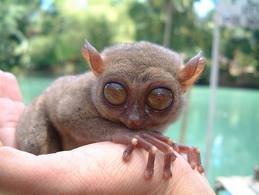 You may have noticed a new thing on the blog.  It is called “Add News”.  It is a place for y’all to put news items if you want to.  I will still have to approve whatever you write, but as long as it is somewhat on the subject of the Philippines, or maybe another interesting story, like my mid-tour leave from Shemya,  and not an advertisement, I’m pretty sure I will be approving it.  In anticipation of this, I increased the number of posts that can be viewed on the front page.  I think I have it up to 35 posts now.  That is more than I planned to have, but it looks okay.  I’m hoping that I will have enough incoming stories so I’ll have to increase it to 50.  We’ll see.  I never have done anything like this “Add News” thing, so I’m not exactly sure what to expect, but I’m sure that y’all will be able to figure it out, it looks straight forward.  I’ll have to see where it shows up for me to approve also.  I’m hoping that that is straight forward too.

Today, 21 Dec, is Victor’s birthday.  HAPPY BIRTHDAY VICTOR! He says he is 31 years old, but with 19 and 17 year old daughters, I sincerely doubt it.   Well, I did find out later that he is actually 52 years old now.  So I guess I’m 11 months and 3 days older than he is.  Heck, he is 9 days younger than my sister Cindy.  There was a birthday party for Victor at Joyous Eatery.  It was the typical Filipino adult birthday party, food and drink, maybe a cake, but he didn’t have a cake that I saw.  They had lots of food though.  Being the picky eater I am, I’m hard to make food for, so they always get me the BBQ chicken from downtown.  Mountain Dew is getting hard to come by here recently.  There still is none in the warehouse and the supplier doesn’t have it either.  A lot of people just switched to 7-Up, but, of course, it’s not even close to the same.  At the party, they didn’t even have the 7-Up, so I had to drink Pepsi.  I don’t really like Pepsi, but it was better than nothing.  I was offered a small glass of beer, but my mind wouldn’t let my hand pick it up.  I guess my mind is still back at the river in Catmon and the following morning in Tambis.  I was hoping that Marianne cooked up something for me, for the party.  Last time she cooked for me, she made several things that I really liked.  A couple of them being the first and only time, so far, that I have had such things.  Maybe next time.  Maybe she is reading this post and will be sure to make me something next time.  Let’s see, Joshua’s birthday (her nephew) is on Christmas day so maybe she will be involved with some food preparation for that.  Lita’s birthday starts off the new year and mine is on the next 18th that rolls around.  I wish we were able to go to Cebu for my birthday, so we can visit that Jungle Restaurant, but that doesn’t seem to be a possibility at the moment.

We did go downtown to see the lights they have spread out.  It was so crowded though and I didn’t get out of the truck.  In fact, the ones that did get out, came back pretty quick because it was too crowded.  I got a few pictures before the batteries died AGAIN.  I just put those batteries in before we left to go.  Rechargeable batteries are a must next payday.  Whatever else we have to pay or get, I really need those rechargeable batteries, it is ridiculous that these other batteries run out so quickly.

On the 22nd of December I was up at 0839.  That’s not too bad since I just went to bed 5 hours and 27 minutes before that (0312).  I took my medication as soon as I woke up, even though I could barely feel any pain.  Actually at this moment, I barely feel pain also.  It’s still swollen, but I suspect in a couple of days, it’ll be back to normal.  I ended up taking about an hour and a half nap around noon thirty though.  Lita was already taking a nap when I laid down.  She was so peaceful looking, so I decided that this was a good time to sleep too.  If she’s sleeping, she usually doesn’t wake me up to do things.

I talked with my 2 youngest sisters, Wanda and Joyce, via Messenger today.  I’m trying to get Wanda to read the blog and hoping if she does, she’ll get hooked on it.  I was asking Wanda about some of the details for my next special story I will be doing.  I’ll probably start on that tomorrow.  She gave me a couple of interesting tidbits, things that I might have forgotten or didn’t already know.

I ate the second, and last, can of beef stew that Ramil got for me in Cebu.  It’s hard to believe it lasted this long.  I still have 3 (of 4) cans of the Van Camp pork n’ beans.  I’ll probably have 1 of those tomorrow.  I hope I can get an onion to use with it.  We used our last onion yesterday.  Maybe I’ll go to the market and get the onions.  I’ve never been shopping at the open market by myself before.  Maybe if I do, they’ll try to charge me more.  I’ll have to bring someone that knows the prices if I plan to do much of that kind of shopping.

Cathy is here.  She and Lita are hiding the Christmas presents here.  They wrap them here and put them in plastic bags next to the computer table.  I guess they plan to bring them over to the house after the kids go to sleep Christmas Eve.  Titing is the only one with a tree around here, so I’m not sure how all this will play out.  Guess I’ll find out.  I don’t have any money to buy anything for Lita for Christmas, but I’ll think of something.  We have lots of clothes and things to give everyone here.  Lita thought of all that before we moved here.  I really don’t care if I get anything or not.  I was hoping that we’d have enough money to get me an “All-In-One” printer and/or a decent computer chair, but that’s not going to happen this year.  It shouldn’t be a problem next year, but this year has been like a rebuilding process.  You know moving to a new country, having an auto payment and building a new life.  My Nissan in Texas was paid off and running well, so not having a job there wasn’t hurting us in that department.  Here we had to start the payment thing all over again.  It’s a little higher than I really wanted, but when it’s paid off, I’m sure I’ll be glad I did get such a large vehicle.  We just plan to use it mostly for our long journeys anyway.  At least it’s a Nissan now and not a pos.

Thanks for reading.  Don’t forget to use the new “Add News” section if you have something to share.  Also please leave comments and ask any questions you’d like for me to check out for you.