[smartads] This looked pretty interesting but, I’m not sure they still do this pageant anymore.  They do have a website at:  http://missphilippines.us/html/index.php– but it doesn’t have anything since the 2007-2008 pageant.  However they do mention something about it on a different site:  http://www.pinoydirectory.com/calendar/viewdetail.php?id=4638 – so I’m not exactly sure whats going on.  Since I am short on pictures until probably Saturday or Sunday, I had to put some kind of picture that was related to the Philippines and/or Texas.

Useless Knowledge: The first coin-operated machine ever designed was a holy-water dispenser that required a 5-drachma piece to operate. It was the brainchild of the Greek.  (So the church wanted money for holy water?)

15 Feb – Hits at 0150 – 130022.  I was up at 0619 this morning because Lita wanted me to watch LolyKat for her while she and J went to the market.   So I’ve only been asleep for about 4 hours, I can take a nap later.  I’ve survived the day on a lot less sleep, but I was much younger then.  She got over being made at me for leaving without telling her I was going.  I think she just worries too much about me when I’m gone.  The way she was yelling you’d never figure that she would get over it so quickly, but I knew that she could have been madder, because she didn’t throw anything this time.  As I mentioned before, the children here are afraid of her high pitched voice, but no one here, except me, has ever seen her really mad.  Venting anger is one thing, but destroying dishes, glasses and things that just happen to be in the way or within reach, is another thing.  Thankfully it doesn’t happen often and I’ve been trying not to get her that upset because it’s not good for her either. 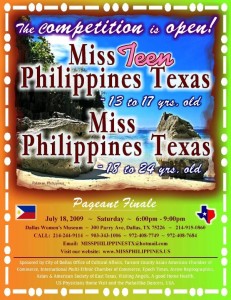 I had to make new stew today.  I used the can opener that I found in one of the boxes I was looking through looking for my shoes and the flatware.  It’s so much better to use that electric one versus that rusty hand-held one we have.  J thinks it’s cool.  He doesn’t have to do it by using a knife anymore now.   J could open a can with a knife faster then that rusty manual can opener.  Plus there is an extra added bonus of a knife sharpener on the back of the can opener.

I did end up taking a nap today by the way, I slept for about 2 hours and I did feel pretty good afterward.

We have a new reader/commenter, Juan.  Juan was expressing his welcomed opinion on an article I posted.  That’s fine, I like it when there is a con to my pro or pro to my con, depending on your point of view.  I wish more people would speak up and express their opinion on here.   Everyone is entitled to their opinion.  I know I enjoy that freedom.

Shortly after I went to bed last night, we had a brownout.  Thankfully it only lasted about 5 minutes.  I’m starting to wonder if the brownouts are going to start coming on a regular basis again.  We use to get 2 or 3 per week when I first got here, sometimes 2 or 3 in a day.  Even got 4 in a day once.  We haven’t had too many until just the past few days though.  I was hoping they were a thing of the past, but probably not.

It seems it only rains at night and on the cooler days recently.  It rained tonight, but I wish it would have been yesterday when it was pretty warm.  Oh well, those days are gone now..moving on.

I think I getting a cold.  I’ve been doing a lot of sneezing recently and my nose is runny.

16 Feb – Hits at 0135 – 131507.  There was more noise than normal early this morning so I ended getting up at 0724.  Lita was cooking for Titing’s little eatery this morning.  Titing and Neneng are still here, but they will be gone for 3 days starting tomorrow morning.  I guess everyone is making sure that everyone else knows what’s going on with the food.  I suppose you could call this a trial run to fix any problems.  As far as I could tell, there were no problems.

Remember that little problem I told you about a couple of days ago when I went with Ado downtown and she didn’t know where I was?  Well today she did the same thing to me, when she went downtown without my knowledge.  I don’t think she realizes that she does it to me because normally I don’t complain, and I didn’t this time either.  When she got back, however; I did pretend to cry and said that I was so worried that I was running around like a chicken with no head.  That’s how she always always says “Running around like a chicken with it’s head cut off”.  Actually her way sounds a little better.  She just laughed, because she knows that all that yelling she did the other day was silly and pointless, she just can’t see to help her self.  But you ask the couple of guys that have been here to visit, Gary and Blair, she is a very nice person.  When she came back from downtown she had Juvic with her.  I haven’t seen Juvic for a few days and was glad she stopped by.  She is still pretty and was pretty quiet today.  Normally I hear her laughing about something, almost anything, but she didn’t today.  I asked and she said she was doing okay, so I let it drop.  Juvic is someone that I will do everything in my power to help.  Actually just about anyone here I would do that for…well heck I guess I would do it for all my close relatives and friends now that I think about it.

Well, well, well we had another new reader/commenter today.  Makati Rob.  He lives in, that’s right, Makati.  Makati is probably the most modern city in the Philippines.  I think that anything that you can get any where else in the world, you can find in Makati.  Rob is of the same opinion as me concerning General Reyes.  To learn a little more about Makati, please click here:  http://en.wikipedia.org/wiki/Makati.

I added to more links today under “Other Expat Sites”.  The new ones are: “Foreigner in the Philippines” and “Go Iloilo”.  Also today my country counter hit 81 different countries that have visited the website.

While I was typing this post  we received another new reader/commenter to our little blog family.  His name is Monty and he stop by via – http://philippinesplus.com .  I sent a guest post over there today and it is already producing results.  In addition to that, another country was also added to the collection of countries that have viewed the website.  That puts us at 82 different countries now.

Mar and Ludy were here for a little while tonight.  It seems that at the University where Mar is the vice-president, they have a little eatery there.  Some kind of school project.  Anyway, he came by to buy some of Lita’s BBQ sauce for the school.  I told y’all, it’s good.  I don’t want to harp on this so long and then someone tries it and thinks it terrible though.  I think it’s great, and, so far, not one person has complained.  In fact about 1/4 the people come by because of the sauce.  You can get the BBQ at several places right down the road, but in my mind, that BBQ sauce sets us apart.

I told Mar that I think I was getting a cold because my nose is runny.  He said that I should take vitamins and hold my nose, so it wouldn’t run away.

Useless Knowledge: Comedian/actor Billy Crystal portrayed Jodie Dallas, the first openly gay main character on network television, on ABC’s Soap, which aired from 1977 to 1981. Various church groups protested the seeming “acceptance” of homosexuality.  (I remember that show, it was funny) 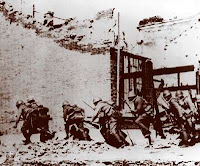 1945 – United States troops land on the Bataan Peninsula, Philippines in the bid to recapture the former American colony during World War II; the  Southeast Asian country, colonized by America at the turn of the 19th century, was invaded by Japan in 1941.