[smartads] Man, I’m glad our island is no where near as small as the picture below.  Seems like they’d have to evacuate during every typhoon that even comes close to the island.  I had no clue that that many people lived on such a small island around here.  I always figured that the smaller islands only had a few people on them and just got visitors every once in awhile.  Lita doesn’t think it’s that usually though, so maybe there are more of them around.

On this so far rain free day, I arose at 0715 because Lita needed for me to take out the trash.  Today is trash day.  We had 2 large bags of trash today, only one of which was actually anywhere near heavy.  After taking care of that, I washed my hands then went back to bed, it was 0725.  But after 5 minutes, I decided to just get up, I can always take a nap later.

The hits went from 23922 up to 24114 during my sleepy time, as Jaclyn would tell Wyatt, so that is a 192 increase.  Not too bad, but I’m still hoping that someday it will be triple that every night.  Guess I’m being a little greedy because that 192 was in only about a 7 hour time span.  That averages out to 27 hits per hour, so 50 hits per hour is going to be my goal.  Wayne says I have to have patience, well I’m trying.  I checked the Top Blogs website again, it’s still frozen or something.  The only change has been at the end of the day, they put up how many hits you had.  It was updating it throughout the day before.  Also it seems pretty unlikely that my blog would stay in the exact same position, in both categories (personal & overall) with the exact amount of blogs in both for 2 days in a row now.  It was changing 2 or 3 times a day previously.

I’ve had to change my music download software from LimeWire to BearShare.  LimeWire seems to be under a court ordered injunction to stop distributing free music and movies.  I did manage to get over 2000 songs and about 15 movies before it shut down though.  The BearShare software looks better, but I haven’t tried to download anything yet.  They have little music videos readily available when you look up an artist or song.  I’m hoping it’s the beginning of a beautiful friendship.  Maybe I better get started downloading before they get hit with the same type of injunction that got LimeWire.  I just might start on that this evening.  I’ll just put them all in a whole folder by themselves, separate from the LimeWire songs.  They are all in QuickTime anyway.  So far very few of them have been flawed.  I did download some repeats by the same artist, but just as soon as I find out one of them is good, I delete the other one.  The only repeated songs I keep are the ones that are sung by different artists, if it sounds good.  Like Tennessee Flat Top Box I have by both Johnny Cash and his daughter Rosanne Cash.  Did you know that when she recorded that song, she didn’t know that her father had already recorded it?  I like Johnny Cash (he’s Lita’s favorite male singer), but I think Rosanne Cash sings that song much better. 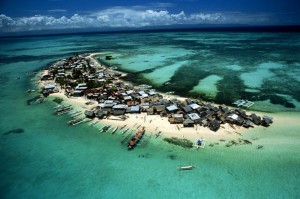 Lita and I will be going to Judith’s today.  I will take some more pictures along the way.  I want to be sure to get some pictures of the cemetery today.  It has been cleaned up real good, and there still might be some leftover visitors there for All Saint’s Day.  Of course, being on an island, it is an above ground cemetery so there will be lots of monuments.

I’m still having trouble getting a response from Tricare.  I sent them another e-mail and said “Please” send me some kind of response.  We’d like to be able to go to the doctor as soon as possible.  I’m kind of stuck on what else I can do, except e-mail right now.

We got a new batch of water and Gatorade today.  We got the small bottle of the blue Gatorade, I wanted the 1/2 liter bottle, but I guess this will do, this time.  The smaller bottle just go so fast though.  Lita had me move it close to the back door instead of it’s usual spot between the refrigerator and freezer because Kitty Grace has one of her bed in between there now.  She has like 3 of them throughout the house, four counting the one between the appliances.  She doesn’t like to sleep in our room, thank goodness, especially when we have the a/c on.  I guess she gets too cold.  Sometimes she just sleeps in the middle of the floor, not in any of her beds.  That cat sure went from wild to spoiled in a hurry, thanks to Lita.

Well I didn’t go anywhere today like I thought I was going to.  According to Lita, even if I did go, I probably would have just turned around and came back anyway.  That’s what she did.  She was on her way to Judith house in a tricycle, but as she was passing the cemetery, there were so many people around there, she just told the driver to bring her back.  It would have taken too long to get through the wave of people.  And I was thinking there might be some ‘leftover’ people there.  This is my first All Saint’s Day in the Philippines, so I didn’t really know, but I do now.  There are actually 2 cemeteries in the same area, and that just made it worse.  I told you, the Filipinos take this All Saint’s Day very seriously.  Lita had business downtown, but it will wait until tomorrow, no big deal.  So maybe I will just go with her then.

Vicky and Lynn will be back tomorrow.  They have been off for All Saint’s Day.  We did not have a BBQ today, we just sold ice candy and only made P130 today.  Things will be back to normal for 2 days anyway.  While we are gone, the BBQ will continue.  Titing and Neneng will be in charge of the activities.

On Friday morning, sometime early, we will be leaving for Tambis.  It should take us about 9 hours to get there, so it’ll be Friday afternoon when we get there.  I’ll probably pass out in the big chair again when we get there, like last time.  The biggest things I’m looking forward to on this trip is I get to take more pictures for y’all and stopping at Robinson’s Mall on the way home.  In addition to going to the supermarket there, we plan to go to Handy Andy to buy our (at least) 1500 watt transformer, a new pump for the toilet and a new door knob for the bathroom door.  Lita wants to buy them there, because they are probably less expensive.  I will probably go by either Shakey’s or KFC while we are there also.  When I get an opportunity I like to eat someplace that I don’t have the opportunity to do around here.  Right now I’m thinking KFC over Shakey’s.  I wish I had a couple more choices though.  Anyone been in the area, and know of something close, because I’m sure Lita will not want to wander too far outside the mall.  She’s just that way, I don’t know why, but she’s afraid of getting lost or mugged or something.  Me, I want to see things.  If I can talk someone into going with me, I’ll venture out to see things.  Only reason I need someone is to help communicate and to find my way back.

Cathy and family just returned from Ado’s mother’s house.  They have been there since yesterday morning.

Lita has just been invited to eat at Titing’s house.  She already ate today, but she will do it again, just not very much.  She doesn’t like to turn them down.   She thinks it’s rude.  I say if you are full, just say, “No thank you, I already ate”, and that is not being rude.  Whatever the case, she’s there and know I can hear myself typing because the TV is off now.

Unfortunately that is all I have for today.  But it still was a pretty good length.  I hear Precious outside now, saying Mama (of course).  I’m glad to hear her, but I didn’t miss it while they were gone.  Oh, and it did rain today, while I was taking my nap, between 2:30pm and 5:00pm.