[smartads] I’ve had this picture on here before, not too long ago, but I like it and decided to give it a feature spot before I filed it away with the many, many other pictures.  I don’t have many interesting pictures for today, but I do have some new ones.  I’m not sure at this time how many I have because most of them are still in the camera, but there will be at least 7 new pictures and maybe as many as 10.  I might have to save a few for the post after that.  It’s pretty hot and humid around here these days, so I don’t wonder out much, but it’s nice to go out in the sunshine every now and then as opposed to all that rain we had before. 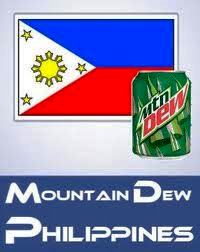 That reminded me of the lady around here that is ‘off’ too.  She will walk up into your yard, whether someone is there or not and start looking around.  Looking for what I don’t know, but if someone is there, she will ask for ‘pera’ (money).  It doesn’t really matter what you give her either, she would be happy and just leave.  I’ve encountered her once, I gave her P20, which is more than most give her I hear.  She gave me a big smile, said salamat, turned around and left.  It’s been a few months since that happen though.  I don’t remember if I posted it or not, but I should have.

Today, while looking through one of our balikbayan boxes from Texas, I got a small cut on my finger.  I put a band-aid on it and didn’t think much more about it.  Precious saw the band-aid in pointed to it.  I told her that I had a ‘boo-boo’.  She looked at me funny and said, ‘boo-boo’?  I said, “Yeah, a boo-boo”.  Then she repeated boo-boo a couple of times.  As she was leaving she started singing it.  Boo-boo, boo-boo, boo-boo oh…  She was using the tune of the song that goes Baby, baby, baby oh.  I don’t know the name of the song, but it is sung a lot around here.  Cathy loves singing it to Precious, so I guess she is listening.  In fact, Precious has her own little dance for that song.  I should record that and put it on here for you.  I will try to remember to do that.

15 Apr – Hits @ 0015 = 316824.  I decided to arise from my sleeping chamber at 0745 this morning, for no particular reason.    Well, of course and as usual, I found out today that I can not go to Tacloban as I have been hoping for, again.  We decided to pay of our LolyKat drink bill instead.  After paying that and Lita going to shop for the store tomorrow, there wouldn’t be enough money left to make the trip worthwhile.  I should have know better.  At least next month, for certain, we will be going someplace because we have to do that.  We still do not know where we will be going, and won’t know for a couple of more weeks.  I’m still upset that we did not buy the tickets early so we would not have to pay full price.  From here on out when we say we are going somewhere that requires airline tickets, I will purchase them at least 2 months ahead of time and then I will give the left over money to Lita to do whatever needs to be done, oh and after I pay the bills each month too.

J is suppose to go back to sleeping in the store each night, at least that is what I’m told, but I’m waiting to see what happens there.  I don’t mind him sleeping in our ‘living area’, but I’d like to know whether I can lock the door if he happens to not be home when I go to bed.  It’s not a major problem, just something to take up space here.

Someone, from Blacktown New South Wales, searched with “why are there filipinos in saudi”  I answer with, because they can not find decent paying jobs in their own country.  The Philippine government probably figured to let other countries pay the Filipinos OFWs, those OFWs send the money home and maybe that would help the Philippine economy.  That way the politicians would have more money to steal from the already poor Filipino.  Well President Aquino is in the process of weeding out those crooked politicians, at least there are a lot that have been accused.  The Philippines has one of the most corrupt governments in the world, and that is bad considering that countries that have dictators are less corrupt.

I found out today that my niece Jaclyn is pregnant.  Jaclyn I hope it wasn’t a secret, you didn’t say so.  I guess that this pregnancy is going to further delay her coming to visit us.  It’s okay though.  We both hope that she has a healthy baby, hopefully a girl, but as long as she and the baby are healthy that’s the important thing.

This one will be short but I will have another tomorrow and another the day after to try to get caught up on the days.

1900 – Emilio Aguinaldo y Famy, President of the fledgling Philippine Republic under siege from imperialist American forces, congratulates Capt. Galicano Calvo, a guerrilla force commander in Ilocos province, for victories scored against the enemy 2 1/2 months into the Filipino-American War (1899-1914); Aguinaldo also congratulates the patriotic stance of the Ilocanos for their role in the victories they scored in the guerrilla warfare the province has staged against the forces of the imperialist Bald Eagle nation and at the same time exhorts the Ilocano freedom-fighters to implement effective guerrilla strategies with minimal use of ammunition as possible against the superior enemy forces; the congratulation came amidst Aguinaldo’s feeling of dejection when two Filipino generals surrendered to the enemy earlier during the Philippine-American War; the Fil-Am War would launch the imperialist course of the United States, becoming the first of many Vietnams; the U.S. decided to invade the Southeast Asian nation, a former Spanish colony that revolted and declared independence, over its rich natural resources, including “mountains of coal” and its strategic importance to American commercial domination.