[smartads] I wish all the cities and town had this.  This is the best and most complete information that I’ve seen for any of the places I’ve featured.

Quirino Provincial Capitol
6 Jul -Hits @ 0107 = 625179.  So 5032 for 24 hours, 2 minutes.Well something weird happen to the sight after I put all the pictures in and it has a pain in the backside to change anything, so I didn’t.  That is why this is all in italics and it is all center spaced.  I guess it doesn’t look so bad, but the fact that I couldn’t do anything about it pissed me off.  I hope that it is a one time thing and everything will be back to normal tomorrow.  It’s probably due to something I tried to load on here and messed it up, which happens. 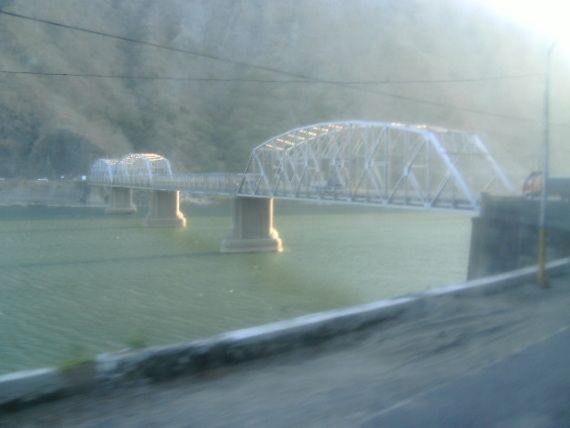 I arose from my sleeping chamber at 0721 and headed straight for the computer.  I turned it on and while it was loading, I went to the CR.  Lita was still in bed and she was cold, so me taking the fan was not a problem.  I’ve already figured out how to get this from typing italics, but now it just might look better that way, so I’m going to leave it. 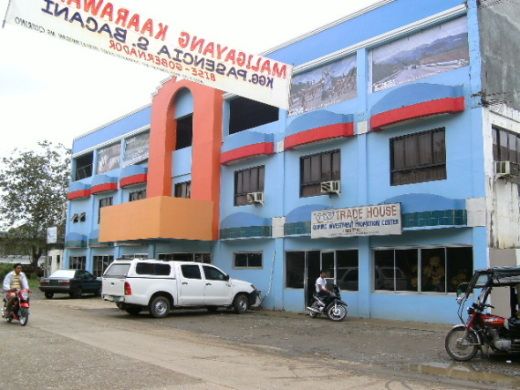 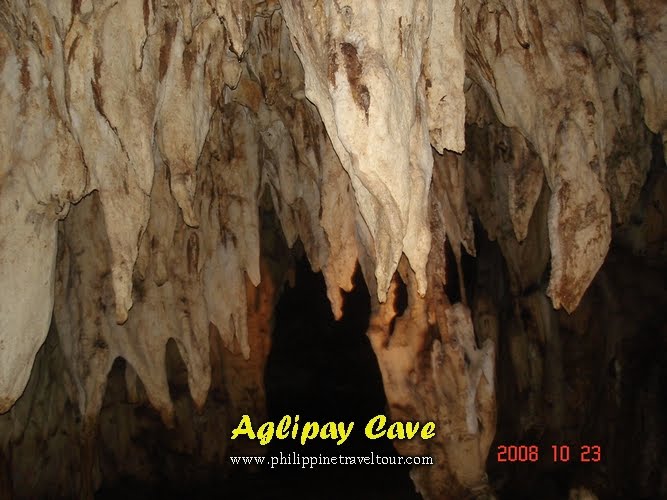 I noticed that someone from Malvern Pennsylvania did a search on “retire in philippines”.  They got diverted to the Philippine Retirement story.  I hope that this person explored the site further to find the many other things and links to assist them.  Especially the “Other Expat Sites” would have given them all kinds of information.  There are so many expats here willing to help a new comer.  If you ask, you can get tons of information and even different opinions on different subjects, or even on the same subject. 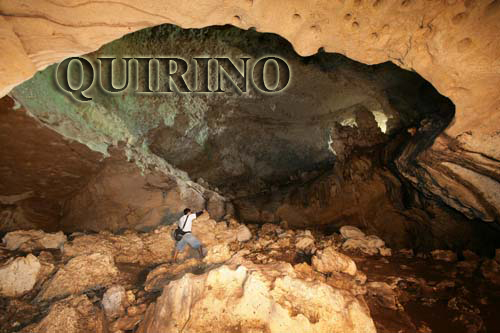 Did anyone figure out, or even care about that question I asked?  The one that I asked if you could figure out the #1 viewed hotel on this website.  I gave you some multiple choice, remember?  No one said anything, so I figured that no one cared or no one saw it.  Well the answer is:  A.  Yeah, I know, it surprised me too.  There is no way I would have guess that if I was on your end of it. 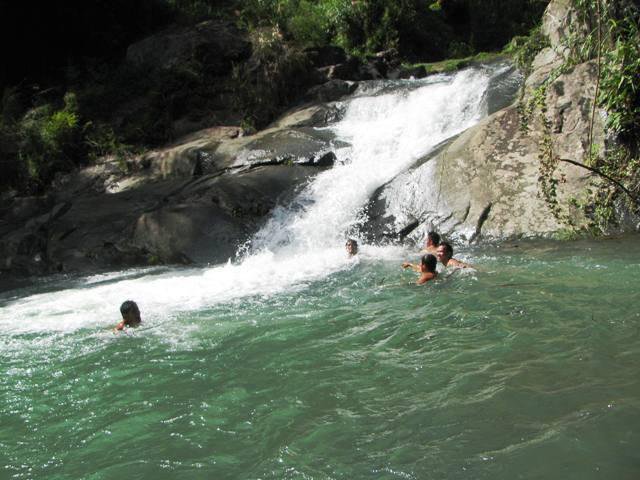 It’s time to go make breakfast.  It’s 10:06 and I’m going to be making some BT sandwiches.  I ended up making 4 of them and eating them all.  Remember though, the bread is a little smaller than in the US.  It’s about the size of the small loafs of bread you buy in the US, sometimes smaller. 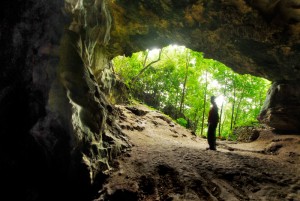 Quirino Forest Province
At 10:45 I had to give the fan up to Lita and LolyKat.  Only 3 more weeks and that will be resolved.  I talked with Lita about it and we are going to buy 2 not too expensive, not to cheap fans.  One for the kitchen and one for LolyKat.  Neither fan will be used that much.  Lita and I are really the only ones that use the fans.  Everyone else is use to the heat and they rarely turn the fan on.  Actually if it is on, and neither one of us are around, they will turn any and all fans off, usually.  I don’t like it when they turn the fan off in the CR and not turn it back on when they leave.  I can understand wanting to turn it off while taking a shower, I do it sometimes too, but I always remember to turn it back on.  It just gets to stuffy in there without the fan being on.  Of course we have that fan set up to where it only comes on, when the light is turned on, so it’s not on all the time.

At 10:50 it started raining.  Raining hard with lots of wind.  It was enough that I went to check if maybe a typhoon that we missed was in the area.  I didn’t see anything and no one knew about one.  I guess it’s just one of those things that the weather likes to do sometimes.  It didn’t last long, about 10 minutes. 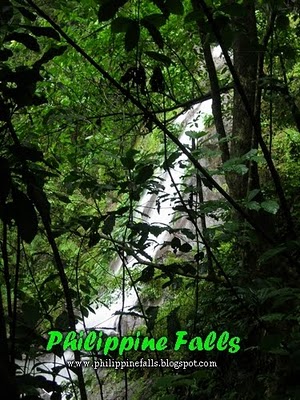 I started working on Level 2 of the Plants vs Zombies.  I hope that everyone that was interested checked out the first one with the Introduction and Level 1.  I still see a lot of people looking at the Plants vs Zombie picture, but not really the Level 1.  I’ll wait and see what happens with that before I go through all the trouble of breaking down Level 2.  I’m afraid that I’m going to miss something while doing this thing so if there are any of y’all out there that play this game and notice that I made a mistake or forgot to mention something, please let me know.  If I agree with you, then I’ll change or add to the post. 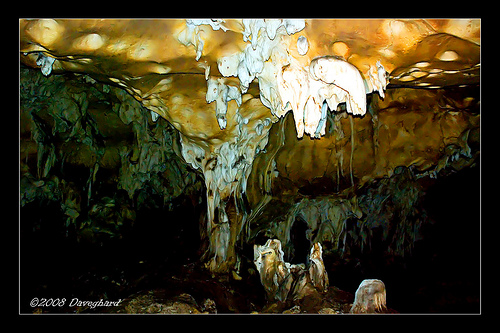 I went out to LolyKat for awhile.  I just sat there and played several partial games of Triple Yahtzee.  Partial games because as I had to start zeroing out too many things, I just wrinkled up the score card and threw it away.  I’m just about bored out of my skull tonight.  It’s 8:10pm and I haven’t a darn thing to do, that I feel like doing.  I still have to do the post for tonight and my pen just ran out of ink.  I am now taking notes with the P10 pen I bought the other day.  It’s time to go watch The Biggest Loser – Pinoy Edition. 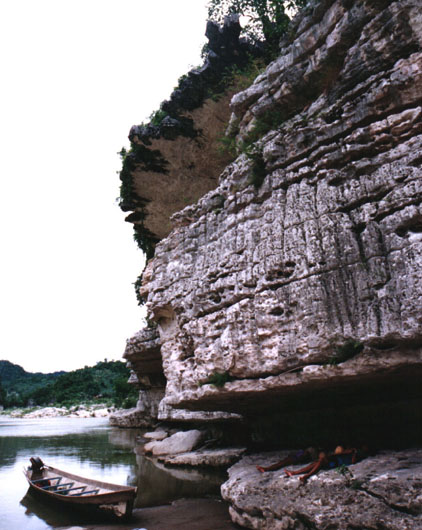 I inserted a link on that popular Plants vs Zombies picture.  It had to be a copy/paste link, but it’s there.  I will add the other levels as I do them, if this one starts getting hits.  Did I say this already?  Oh well, I’m not going to go back and look.  I’m a little over half way finished with Level 2 on that.  You can expect to see it by Monday, if there are more hits on the Level 1 one. 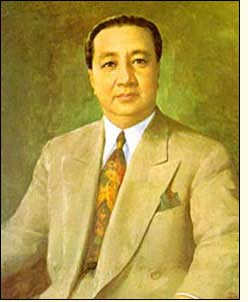 Did everything look better all in italics and centered?

Other websites to check out: 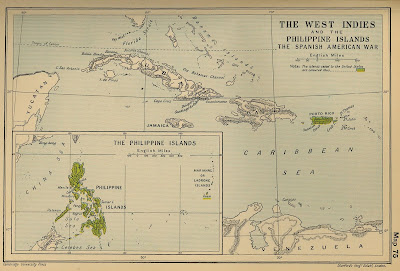 1898 – In what will prove to be a most stupid military decision,  Dictator Emilio Aguinaldo of the fledgling Philippine Republic  assures imperialist American Gen. Thomas M. Anderson that he has  already ordered his “people not to interfere” with the American  forces who has been entering the Southeast Asian archipelago  during the Spanish-American War; Aguinaldo, who has led Filipinos to defeat the Spanish forces at almost every encounter and win control over almost the entire northern provinces and the bay coast from colonial Spanish forces, had  earlier been deceptively assured by United States Commodore  George Dewey that the United States is an ally, thus forging an alliance with the Bald Eagle forces; in a few months, the  sinister and eventually successful American invasion plan against the Philippines will be revealed, initially through the infamous Mock Battle of Manila that will falsely show to the world that it is the Americans instead of the Filipinos that have defeated the Spaniards in the islands, and then when the imperialist US generals will instigate the bloody and protracted  Philippine-American War (1899-1914) seven months later.