[smartads] Davao Region – Region XI is the Banana Capital of the Philippines, located on the southeastern portion of Mindanao

Davao is the Hispanicized pronunciation of daba-daba, the Bagobo word for “fire” (the Cebuano translation is “kalayo”).

The place where you can usually found the expensive fruit Durian, that is why it’s being called the ‘Durian City’ in the Philippines.

It’s 0848 and I’m up and watching LolyKat.  I’ve got a feeling I’m going to have to be inventive for lunch again today.  I’ve been thinking about food experiments ever since my last one turned out well and I’ve already thought of something that I want to give a try.  I’m going to have to get a couple of itlogs (eggs) to do it though.

I’ve got a sour stomach again and I’m not sure what I ate to get it.  All I had to eat today was that orange chicken at Chow King and a couple of peanut butter and banana sandwiches.  Neither of those has ever given me a sour stomach before.  I think that maybe I ate the sandwiches too late in the evening.  Oh well, I’ll get over it.  I’ll just have that nasty boiled egg taste for the next day or two.

I think I understand now why people like to spend 6 months of the year here and 6 months back in their homeland.  I mean, you know, it’s great here, but not having things you are use to can drive you crazy at times.  Like the pen I was using to write these notes, it’s new, but it keeps stopping.  All the pens seem to stop and start.  Oh okay, it’s not the pens, I was just upset at the pen at the time.  Basically my problem is the variety of eats and drinks that I don’t have.  The thing that bothers me the most is the quality of the beef.  I’ve tried several times and I’m sorry I just can’t do it.  It’s not right.  I’ve been without a decent hamburger or steak for over a year now.  Even a decent hot dog I can’t get.  Lita doesn’t complain much because she was raised on the food here, but she does miss her T-Bone steak.

I found out yesterday, while riding in a tricycle,that not only are the pajak-pajaks not allowed on J. D. Avelino Ave, but neither are the motors.  That’s all fine and good, I get it.  It’s too congested and they need to have less traffic there.  But if they are going to force these tricycles to use the side roads, then they need to fix those side streets.  I took a very bumpy ride on one of those streets and Lita says she has to do that every morning when going to the market.

The fine for the tricycles going on that portion of the road is P500 ($11).  It doesn’t sound like much, does it?  Well remember that a pajak-pajak ride is normal P5 and a motor ride is only P8.  Filter that fact in and you can see how long these people would have to work to make that kind of money.

I see some workers at the Ciriaco walking with a “Not and Entrance” sign.  The are going towards the left side (when coming out of the hotel).  I’ll check the sign out later to see if they put it up, or just exactly what was going on with it.  If they put it up there, then when coming from downtown, you’d have to go past the hotel, then turn into the parking lot on the other side.  All the parking spaces are made to pull straight in from that direction.

That cat’s meowing is annoying.

Useless Knowledge:  Shampoo was first marketed in the United States in 1930 by John Breck, who was the captain of a volunteer fire department.

Time to play the stupid game.

It’s 4:01pm now.  I didn’t go downtown.  I’ve been “running” to the CR all morning and I didn’t want to take a chance with that.  I can do whatever I need to do tomorrow just as well as today. 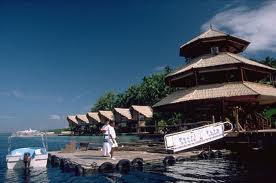 I did have another ‘experimental’ lunch.  I just finished it about 15-20 minutes ago.  There will be no more eating for me today, I’m stuffed.  The experiment was okay, but not as good as the last one and not quite as good as I envisioned it would be.  I guess I can tell you this experiment, since I doubt I’d use it in the restaurant.  I cracked to eggs in a bowl, I added I package of Taco seasoning, then I soaked some sliced potatoes in the mix and fried them up.  I suppose if I would have sliced the potatoes very thin, then I might have come out with taco flavored chips.  The egg made a nice coating on the potato though.

I just went by to get some bottled water at the usually sari-sari store I go to.  I was hoping that they had some of the P20, 1 liter bottles.  The didn’t, but it’s okay.  They just got in some P18, 1 liter bottles and some P27, 1 1/2 liter bottles.  I got one of each.  This new water the get is called Nature’s Spring.  Maybe I’ll go back tomorrow and buy some more.  I’ll probably have all these drank by then.  I hope they put the ones they have in a cooler so they will be nice and cool for me when I get them.  The ones I bought today I put in our freezer.  I had like to have a nice cold bottle of water, right now.

Okay it’s 7:40pm now.  I just got back in from being out at LolyKat almost all day.  Some things that happen while I was out there.  I found out that Yahtzee is a stup … never mine, you’re probably tired of hearing about that stupid game.  Precious came by and said, “John, John” (still no Uncle).  Then she starting counting some cards she had.  She had 9 cards and counted them all out correctly, in English.  I didn’t even know she could count to 3, much less 9.  I told Cathy (her mother) and even she was surprised.  She’s only 2 years old.  Later Sally or Vicky was trying to get her to repeat it, but she wouldn’t or couldn’t.  She didn’t have her cards with her the 2nd time.

I’m really feeling bloated right now, but I’ve been drinking a lot of water and Mountain Dew today.  The more bloated I feel, the less chance that I will eat something.  I doubt I would have eaten anything else tonight anyway.  I got filled up on my experiment lunch.  I still have 3 packages of those Mexican peanuts that I like, but I don’t even feel like eating one of them because I feel so full. 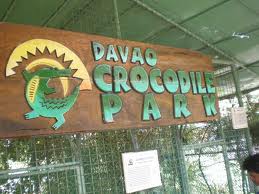 I was in LolyKat for so long tonight because J was late getting back from school.  It’s not a big deal though.  He doesn’t do it often and he may even have a good excuse.

I hear Vicky outside saying , “Kuya John”.  That’s me, but I don’t know why she is mentioning me.  Maybe it’s because I told Vicky and Sally that J was late because he was “kissy kissing” his girlfriend.  Yeah that’s it, she’s making the kissing sound now and everyone is laughing. 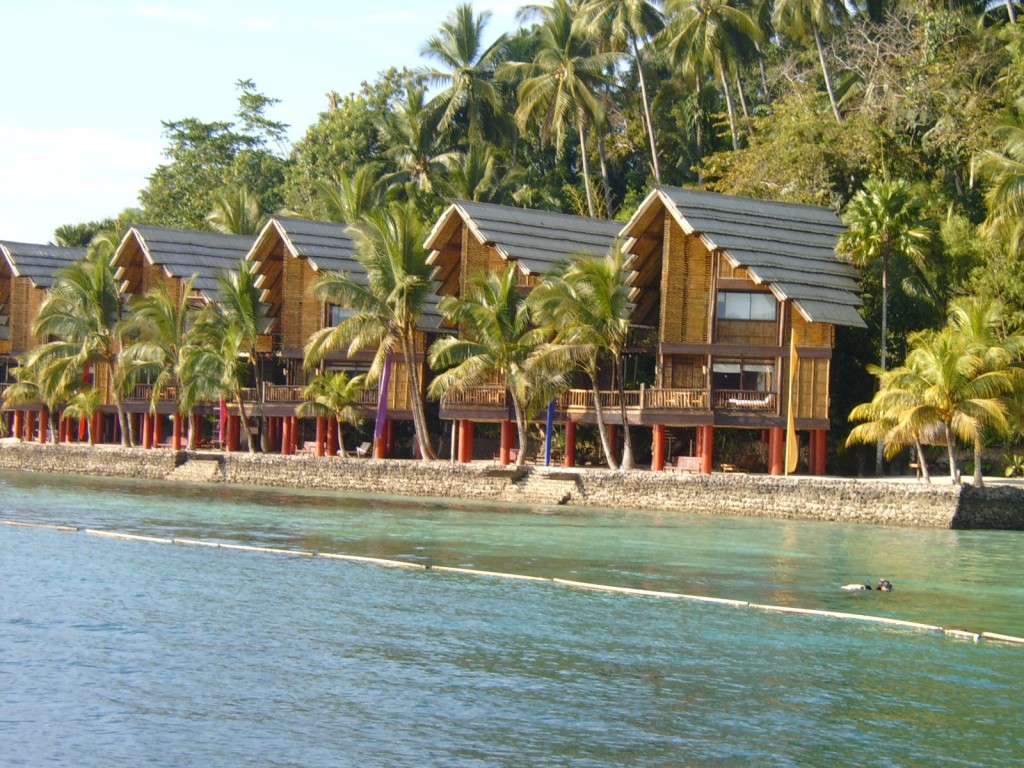 When J finally did get home, I asked him if he was finished “kissy kissing” his girlfriend.  He said no.  I said, “You’re not finished”?  He said, “No, I wasn’t kissing”.  That’s too bad J, she’s a nice looking young lady.

The wind is starting to pick up outside.  I wonder if there is a typhoon heading this way.

1900 – One and one-half years into the American  invasion (Filipino-American War, 1899-1914), President of the Philippine  Republic-on-the-run Emilio Aguinaldo issues a  manifesto appealing to appealing to his people  not to listen to the Filipino collaborators but to fight ceaselessly for their rights until victory against the imperialist enemy is achieved and independence won and recognized.

1901 – exactly a year later, following the capture of several officials and their subsequent swearing of  fealty to the imperialist Bald Eagle nation, including Aguinaldo,  Gen. Ambrosio Mojica, Gen. Vicente Lukban of the Samar-Leyte command issues a  proclamation, part of which says:

“Nothing, in truth,  is more natural than that we should continue the  struggle, whatever be the obstacles placed in our way  and despite the capture of him who was our  generals;… We should let the world know that the  Philippine army is captured, another at once comes  forward and succeeds him; that we fight, not at the  suggestion of others, but because of our own personal  convictions; and that, finally, we are worthy of  independence and of universal respect, because we  know our rights and how to die in their defense…”

1898 – In a speech at Kawit in Cavite province, Emilio Aguinaldo, President of the fledgling Philippine Republic, pleads with local officials to keep unity, peace, and upright conduct; the appeal comes amidst apprehensions expressed by Felipe Agoncillo and Apolinario Mabini, Aguinaldo’s diplomatic official and key adviser, respectively, over the former’s supposed “alliance“ with the Americans, with some Filipino soldiers already thinking at that point they they might need to fight a war with the pale-skinned US forces.