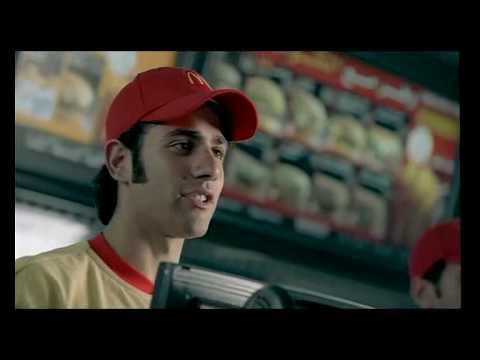 I read an article on the Internet today about the most corrupt countries in the world.  Ranking 178 of 179 countries and going from 1 (best) to 178 (worst), the Philippines was rated at #134.  That’s pretty bad, but it could be worse. The top 3 least corrupt countries are: 1) Denmark, 2) New Zealand, 3) Singapore.  Same top 3 as last year.  The bottom 3 most corrupt countries are: 176) Afghanistan, 177) Myanmar and 178) Somalia.  Here’s the link to the story and if you want to see the ranking, just click on “Annual Report” and download the listing.  http://www.npr.org/templates/story/story.php?storyId=130827981&ps=cprs

Oh, for the record, the US is at #22 and Canada is at #6.  And of course North Korea is not rated, because no one knows what in the world is going on there.

This commercial is not even Filipino, but it was funny.  I guess the lady could be a Filipina with a little imagination.

Lita went to the market again today.  She left around 0730, I forgot to write the time down and I forgot the exact time.  This time she went alone, kind of.  She left here alone, but she went by Judith’s house to get J to go with her.  Well J was too busy already this morning, so Judith went to wake up Grace to go with her.  I don’t know how Grace felt about that, but she probably didn’t mind.  I remembered to tell her to pick me up some chips, and she remembered to buy them.  Problem is she didn’t get any of the BBQ Chippys.  She got 6 small packages, 3 of which I found out, I don’t like.  Some kind of multi-grain chip, that I normally like, but these just didn’t taste right.  Precious likes them so I gave her one bag and have 2 more bags to give her later when she comes looking.  I think the other 3 bags will be okay though.  I’ll just ask her to get some of the BBQ Chippys next time and won’t say just chips in general.  Or I’ll get them.  Think I’ll be going that way tomorrow.  Good thing too, because I’m about out of new pictures again.  You’ll only get 6 pictures today, just in case I run short for tomorrow.

I had to do manual labor again today in the kitchen.  Lita had me pulling the stems off the little peppers so she could make a pepper sauce.  It wasn’t so hard and I actually volunteered to do it, she didn’t make me.

The tricycle that we have outside needs a new tire, but we won’t have to worry about that tricycle much longer.  Right now, since there is no wheel on it, we have it chained to the outside of the fence.  I’m going to check on it from time to time this evening, to make sure it is still there.  I’m not too worried about it, especially since we have the BBQ light on and the security guard across the street has a clear view of it and a gun.  It seems that Poppa wants to buy that tricycle.  He wants it to use for his transportation around the neighborhood and going downtown.  He said he will have Victor fix it and be his driver.  I believe tomorrow we will be bringing it to him.  We will only sell it to him for what we bought it for.  He volunteered to give us P1000 per month.  I don’t know how much he gets for his pension, but it must be enough to give up the P1000, because, as I said, he asked Lita for the tricycle and volunteered to pay the P1000, before Lita could mention it to him.

Right about noon I had to go take a nap.  That’s good that I can do that anytime I want, isn’t it?  I know I bring that up a lot, but I do so enjoy having that luxury.  While I was sleeping we had a brownout.  Another one of those short ones.  I don’t know exactly how long, cause I was sleeping, but it was 1:59pm when I woke up and looked at the clock.   I do know that after the electric came back on, about 30 seconds after I realized it was off, I got out of bed to check the computer and it was still on, except the internet was cycling back on and the transformer had to be reset.  Sometimes after a brownout, the transformer doesn’t put out sufficient power to bring the computer back up.  So far all I’ve had to do to fix that problem is to reset it.  I hope that is the most problem I’ll ever have with it.

It started raining a little during late morning and it has continued all day.  We opened the BBQ a little early today, around 3:30pm instead of the normal 4:00pm.  It’s a good thing too because around 5:00pm, it started raining harder.  By the time it got to 7:00pm, it was really coming down.  At around 8:00pm we decided to just close it down.  We were getting some business, but not that much.  It’s just past 10:30pm now, and it’s still raining.  Lita made some pansit today to sell, and we were suppose to eat the leftovers.  Well I guess they liked the pansit she made, because it all went, and went fast.  It’s okay, that gave me an excuse to eat the chicken n’ dumplings that Gary brought me.  I opened both cans, since they weren’t that big, heated it up, added some rice, and ate it.  OMG, it was so good.  Jaclyn be sure to get me some of the Dinty Moore chicken n’ dumplings.  In fact I think anything similar to that that Dinty Moore makes can’t go wrong.  Gary thanks for taking chance on that when you couldn’t find the chicken stew.

I added some more things to the blog.  I think that’s all I’m going to add for awhile, unless something just so wonderful comes up.  Here’s what I added, so I wish y’all would use them if you need to.

1) A place to make a suggestion of what to write on this blog, or suggestions as to what you’d like to see on the blog.  This is on the right side of the post.

2) The Google Translator.  I have already tested it in Tagalog (or Filipino as it’s called in the translator) and it works fine.  I even had Lita in here reading my blog (first time).  More of that in a few minutes.  This add-on is also on the right side of the post.

3) At the bottom of each post is a rating system.  I opted to go with the star rating system rather than the thumbs up/thumbs down option.  There are also suggestions to other sites that might interest you.  Right now all I see is just referring to one of my other posts, but I guess it could recommend something else sometime.

and 4) This one doesn’t seem to work correctly, but I have seen it on there and it may be sometime.  It’s a chat option.  It is supposedly only activated when I log on.  It was on there a couple of times, but it is not at this moment and I am logged in.  Anyway, if you see it there, everyone that is looking at the blog at the time, can chat with each other.  It’s a group chat called Glabby.

As I mentioned, Lita was reading the blog.  At first I lead her to believe that I wrote the whole post in Tagalog.  She was believing me too, until I showed her the translator.  I just wanted her to look at it to see the Tagalog, but even after I changed it back to English, she continued reading.  She never does anything like that.  She said she liked reading it, but she couldn’t read very long because sitting in this temporary chair, having to sit up to read, makes her neck hurt.

Mar and his crew showed up again today, including Marlou and his beautiful lady Chiqui (Did I spell it right that time)?  They were telling me that they were laughing about how I misspelled Chiqui’s name.  I hope the Chiqui is right.  I asked Chief Engineer Marlou about the floor of the new market and he said he thinks it will be concrete there.  He also told me something I didn’t know.  There are suppose to be 3 bus depots built over there.  There is only 1 right now, and that is all the money in the budget at the present.  We’ll have to wait and see what develops for the other 2.

That’s it for this post.  It’s 11:05pm and I’m ready to publish this baby.  I’ll just put on the finishing touches and get it out to y’all.  Thanks a lot for being a good reader and enjoying my site.

World’s Largest Breast-feeding
On May 4, 2006, some 3,738 mothers simultaneously breastfed their babies for one minute at the San Andres Sports and Civic Center in Malate, Manila, breaking the old Guinness World Record set by 1,135 mothers in Berkeley, California on August 3, 2002.  http://www.youtube.com/watch?v=FjBJdgcofjE&feature=related

World’s Largest Kissing Scene
On February 14, 2004, some 5,327 couples in the Philippines kissed simultaneously for 10 seconds, setting a new record for the Guinness Book of World Records. The participants occupied two kilometers of Roxas Boulevard in Manila. The event was organized by toothpaste maker Close Up.