[smartads] It’s only 0022 right now.  I found a site that will download videos for me.  Right now I’m downloading Hank Williams Jr, “There’s A Tear In My Beer”.  I figured my favorite singer should go first.  It’s a little slow, but it seems to be working.  As long as it doesn’t give me any unwanted side effects, I could be using this a lot from now on out.  It is called iLivid.  All it does is like transfer videos you can get places, like YouTube, and put them in your video folder.  After this one loads I think I’m going to load “Islands in the Stream” by Kenny Rogers and Dolly Parton.  Then I’m going to look up Gretchen Wilson to see what I can find for her. 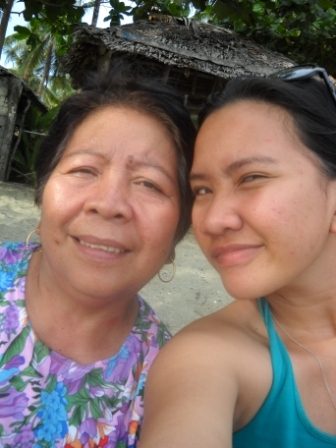 It looks like this post is going to be even shorter than yesterdays, but we’ll wait and see what we got when I get finished blabbering.  I’m going to put in old pictures today because it just seems easier right now.  Besides there are probably people out there that haven’t gotten to see them yet.

I did get up and it happen to be about 0815 when I did.  I’m at the computer again this morning too.  I would say that maybe I will be at the computer every morning from know on, but that would probably be bad luck.

Well now we made it to 0941 and it’s time to make breakfast.  I suppose I’ll have to have the cucumber and tomato sandwiches again, poor me.  It would be pretty terrible if it wasn’t for the fact that I like those sandwiches.  I’m sure that I will be out in LolyKat by 10:30 anyway. 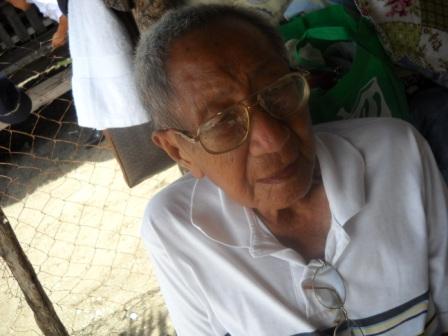 Poppa – Leader of the Pack

Okay I”m starting the count: 2 rain days in a row.

I’m going to be putting a picture of the truck Titing is selling on this blog.  I have a picture already, but I don’t know what year the truck is.  I suppose that is of importance here in the Philippines also.  When/If we sell this truck, that’s when we will start building the bakery.

I just looked for a picture and I don’t have a very good one of it.  I could take another one, but the truck needs a bath right now, because it’s been sitting.  According to Titing, they fixed the problem with the truck (the starter was out), but no one has washed it.  Here is the picture I do have of it. 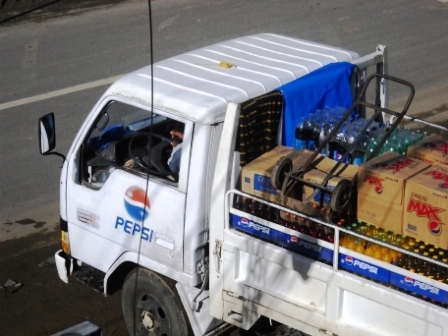 The asking price for the truck is P200,000 and we will wash it for you after you purchase it.  Come by just about any time during the day to check it out.

Since there is not very much in the store to sell today, we just closed around noon.  We put the cigarettes out with Vicky in case someone wanted those and we did leave the back door unlocked in case someone wanted to purchase a soft drink.  Mostly all we were selling was cigarettes anyway.  Tomorrow will re-stock and I’ll be sitting out there tomorrow night.  For today I can make better use of my time in here in the computer.

Something to always remember: It takes many nails to build a crib, but only 1 screw to fill it.

There is not so much to write about when I don’t sit out in LolyKat and observe things.  That’s the only good thing that I’ve been able to get out of sitting out there in the store.  Well also I do get to read my book, when I have one. 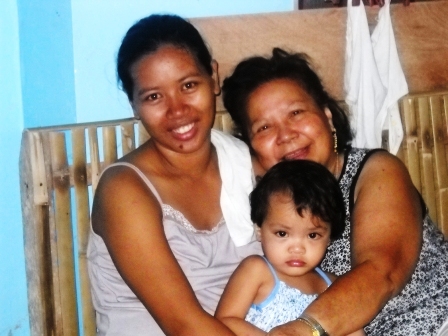 I didn’t even get to see Casandra much today.  I only saw her once when I was passing by her playpen.

I plan to be having chicken tomorrow night, but for tonight all I had was bread, tomatoes and potatoes.  I made due with that like I usually do, but my February check is getting closer and I will try to be sure that I have more of what I like to eat around here starting this payday.  I’ll probably have to go to Tacloban and Robinson’s to do that properly though.  We’re still waiting on a decent supermarket here.  I’ll shop some in Cebu, but I don’t want to be carry a lot of things on the ferry boat with me. 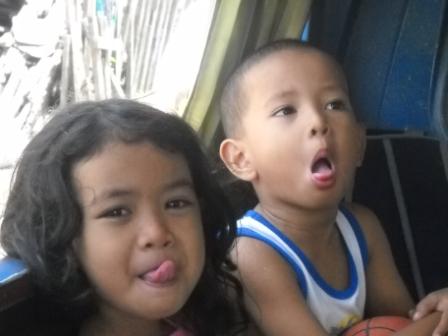 Well I didn’t even have the thing 24 hours and I’ve gotten rid of it already.  The iLivid was always changing my homepage from what I had it set at.  Even when I went in and changed it a couple of times, it would still change it.  I couldn’t figure out how to stop it and it shouldn’t be doing that anyway.  I hope to be able to find another site to download videos and/or music.  Does anyone know a good one that doesn’t try to change your whole system.  I sure do miss Limewire.

After I publish this post, I will be all caught up.  I hope to be able to put in the current day happenings every day, but I can’t guarantee it. 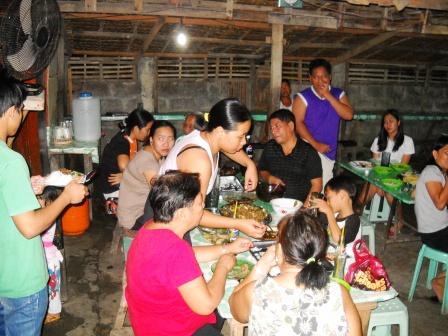 Useless Knowledge:  A 4-month-old fetus will startle and turn away if a bright light is flashed on its mother’s belly. Babies in the womb will also react to sudden loud noises, even if their mother’s ears are muffled.

7 thoughts on “Shopping for Pepsi Music and Things”