[smartads] There are many nice places here.  I actually think that if I had the money, I’d buy that resort that was for sale.  I betcha I could run that place, as long as I dug in from the beginning.

Hits @ 0021 = 1204772 = 6316.  I published the 21 Sep post at 11:46pm last night.  I could have gotten it out sooner, but I took time out to watch 100 Days to Heaven.  Read the synopsis on that.  I think it would be something good to translate into English and make a movie or at least a mini-series on.  I also watched The Pinoy Edition of the Biggest Loser about half way through doing the last post.  It wasn’t a very exciting day yesterday so I’m hoping that today will be better.  I personally think it was, but not the most exciting day I’ve had.  I decided to shut the computer down at 0027.  I’m going to check to see if Lita is sleeping.  I haven’t seen the channel on the TV change for awhile, which is unusual for her.  If she’s sleeping, I’m going to borrow the remote and watch TV for awhile. If she’s not, well, we’ll see what happens. 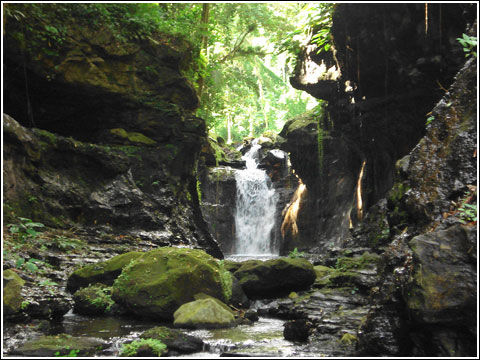 http://www.etravelpilipinas.com/tourism_news/laguna-philippines-hidden-valley-springs-in-alaminos.htmOkay it’s morning.  I got out of bed at 0852 and headed, pretty much, straight to LolyKat.  Titing was out front already.  He just ordered some of the pancit and was getting ready to eat.  Actually, shortly after I sat down in the store, 2 more customers showed up and they order pancit.  The pancit here is very popular and it is usually the first thing that gets sold out, even faster than the fish.  Here comes some of our regular customers.  They are workers at a business close to here.  There are normally 5 of them, and they are all here today.  I heard at least 3 of them order pancit.  Sally just got a large platter, placed it on there and the are going to take what they want. Lita said that when she was at the market this morning, it poured down rain again.  Also again, I knew nothing of the rain. It’s all bright and sun shiny right now, but there are still plenty of water puddles.  She had a headache and wasn’t feeling well overall after getting home all soaked.  She took a couple of aspirin and went back to bed.  She did start feeling better later on, so that’s good.

Angelo (pronounced An-ge-lo not An-gel-o) came by on the Pepsi-cycle.  That’s what I’m calling the motorcycle he uses to deliver Pepsi with.  I’ll be sure to get a picture of it soon.  Oh wait .. I did get a picture of it a few days ago, but it’s still in the camera.  I took the picture while it was parked in front of the Ciriaco Hotel. Someone just came by looking for a Champion cigarette.  We have been pretty empty in here for a few weeks.  We have been concentrating more on paying off those stupid little bills we acquired.  When they are done, things can get to like they should be for us here.  When we do re-open the store, I think we will be limiting it to about a dozen items.  All the items that sold well before, plus 2 or 3 more that should sell well because people keep asking for them, but we never have had it.  More control of the inventory will need to be exercised also.  Some of the relatives have gotten credit at the store and still have been unable to pay.  The new policy at the store will be no credit for anybody, which is what it should have been to start with, but I was not in charge of anything to do with the store. 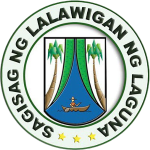 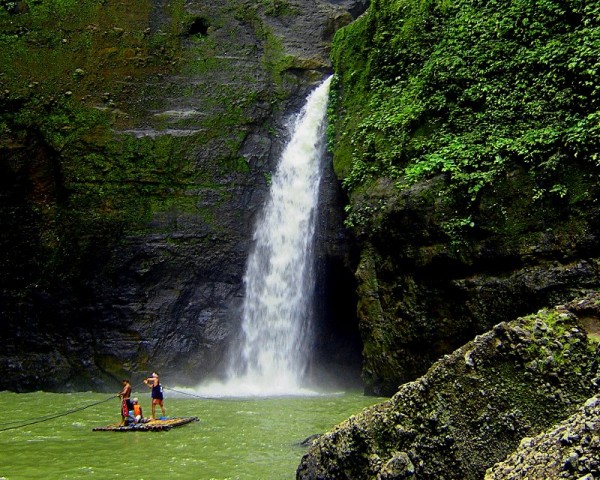 I figure that if the relatives say they need the food to feed their kids, then they can send the kids to my house to eat.  Kids only though and no taking food home.  I’ll have to give them something that is nutritious, not really something they like. Doing that way I figure that they will complain to their parents and maybe they will start providing for their on family. Maybe I should limit it to once a week. 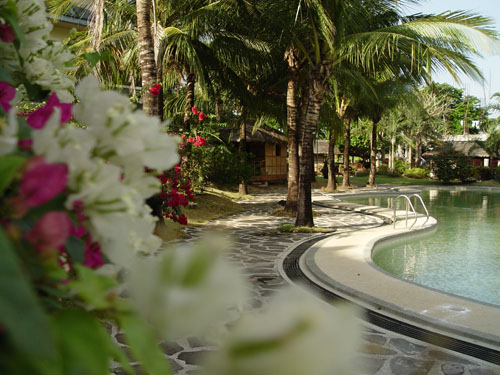 Lita is cooking us some eggs now.  We ran out of onions, probably because I eat so many of them, so I’m just going to be using the peppers with these eggs.  Actually she is finished cooking now and said it’s time to eat.  She cooked all 6 of the eggs I bought this morning.  She only claimed 2 of them when the food was distributed.  I normally only eat 2, sometimes 3 eggs, so I didn’t finish all of mine.  Also, mostly, I just eat the white part of the fried eggs.  If it breaks when it is cracked, I can spread it out and can usually eat that.  Lita likes the embryo part (the yellow part) so that works out for us.  When we got done there was no white left, but still 2 1/2 yellow centers.  She just cut those up and gave them to Blue, but he only ate about 1/2 of that.  The rest I put in a bowl in the kitchen to feed to Blue later when he starts of that obnoxious meowing.  He has Lita trained well on that.  I just tell him to shut up, but it rarely does any good to tell him. 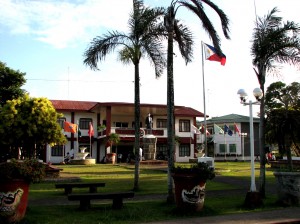 After eating I decided to go back out to the store and Lita decided to go back to bed to deal with her headache. As I was sitting here indulging in the world of Bourne again, I started hearing music.  It was getting louder and louder but I didn’t see anything.  It turned out to be a funeral procession going by.  The mourners, not all of them mourning, were walking behind a hearse with a loud speaker on top.  Music blaring from the speakers. Later the guy that sells ice cream came pedaling by.  I really can’t afford to be wasting any money on ice cream right now.  I wanted to buy one of the drumsticks, but it will have to wait.  I don’t need ice cream anyway.  For my birthday on January 18th, I’ll buy myself an ice cream after Lita and I go out to eat someplace around here.  Since I am such a picky eater, there are not too many places that we can go and I’ll be happy.  We still have not been to Marcials Grille, so that is like the #1 place on our list right now to try out. 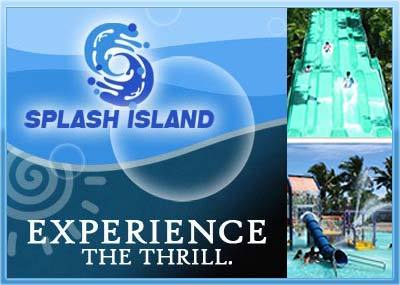 All the pancit is now official gone, and it’s only 11:00.  I think most of the people that ate here this morning must have eaten on credit again.  There is very little money in the little box.  I don’t really mind if they eat on credit as long as the continue to pay on their payday, which they all have so far.  Most of them get paid on Friday or Saturday, so we get the money then.  So far that has not been a problem on the food side.  Most people around here, if they have jobs, live from paycheck to paycheck, like we are doing now.  So I don’t mind if they charge, as long as they pay every week.  I do hate that we are living paycheck to paycheck, but as I’ve said a few times on this site already, I’m in the process of correcting that.  By the beginning of the year, if all goes well, we will have everything back to an easily manageable state. 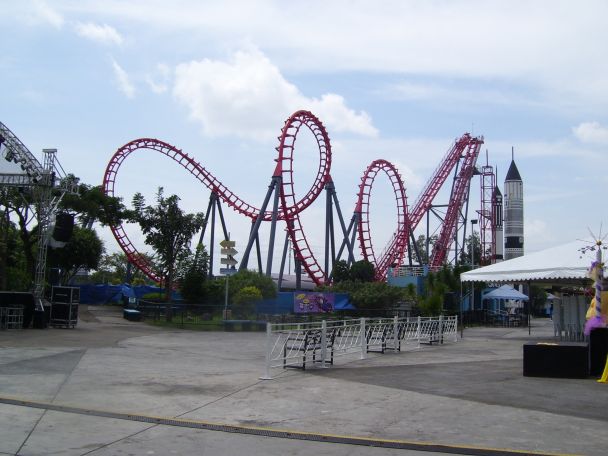 I decided to go back into the room to finish reading.  In the room I can use both fans and the air con if I want.  I didn’t use the air con though.  The 2 fans were enough. Lita got some popcorn early this afternoon.  She popped a big batch of it for me and I ate most of it.  She popped some and sold it.  We are not going to start selling the popcorn, but she spent P20 for the popcorn and she sold part of it, after popped for P30.  That was to just a couple of people though.  After that, no one else bought any of it.

1900 – Filipino freedom-fighter Faustin Pantua writes about imperialist American brutality resulting from  the enemy’s defeat at the Battle of Mabitac four days earlier when 180 of their soldiers either died or were  wounded compared to  only five on the side of the  Philippine army, one year and seven months into the bloody and protracted Filipino-American War (1899-1914); Pantua narrates how the Bald Eagle  soldiers, learning of the death of Lt. Col. Fidel S.  Angeles in the Mabitac battle, clothed a person they  have held captive for years to make him look like the Filipino colonel,  and then killed him in the  town of Baybay to apparently make it appear that the  Mabitac defenders fell into their hands; shocked by the imperialist enemy’s gross atrocities, Pantua  writes:

What brutality! What infamy for a nation that prides  itself on being civilized and humane! Enough of  amercanism! Then long live the the Filipino Republic!

1891 – The colonial pacification of Buloung, Cotabato  is completed when the district’s Sultan and Datus  inform the Spanish of their willingness to  acknowledge Spanish rule; coming some five years  before the outbreak of the Philippine Revolution and  two years before future anti-colonial hero Andres Bonifacio y de Castro co-found the secret society aiming for the complete liberation of the the Southeast Asian nation from the yoke of colonial stranglehold, the Kataastaasan, Kagalanggalangang Katipunan nang  manga Anak nang Bayan (KKK), the offer is  accepted by the Parang garrison’s colonial Military Commander. 1972 – The entire Philippines is placed under Martial Law by President Ferdinand E. Marcos with the issuance of Proclamation No. 1081 on the strength of the 1935 Constitution’s Article VII, Section 10, Paragraph 2, making Marcos the most powerful person in the Southeast Asian archipelago as he now  exercises commander-in-chief powers in relation to martial law; Marcos rationalizes the proclamation with the existence of lawless elements in the insurrectionist force dubbed the New People’s Army,  supposedly intending to overthrow the government and supplant it with one adhering to Marxist-Leninist-Maoist ideology. Photo credit: http://alexfelipe.com/2008/08/30/the-philippine-american-war-america%E2%80%99s-debut-as-an-imperial-power/