[smartads] That’s almost 380 BILLION pesos.  That’s a staggering amount.  Think of all the good that could have been done with that money, all the lives it could have saved.  Instead most of it went to individuals to fatten their wallets and purses.  Something needs to be done and I’m glad President Aquino is doing it because of this next picture I found, or more importantly the title that came with the photo is the disturbing part.

Due to extreme corruption, this is what most of the rest of the world thinks about the Philippines, A Nation of Disgrace.  I love it in the Philippines, but unfortunately this is true.  It’s a shame too, because this country could be so great if they would just figure out how to eliminate the corrupt officials.  Please President Aquino, don’t stop cleaning up the government, everyone will be the better for it in the end.

Useless Knowledge: If one were to unravel the entire human alimentary canal (esophagus, stomach, large and small intestines), it would reach the height of a 3-story building.

A lot of the information I had written down for 12 May turned out to be a repeat, so it will not be as long as I previously indicated.

Thanks to new policies being implemented by President Aquino, hopefully this trend will be reversed.

12 May –Hits @ 0133 = 398746.  I went downtown with Lita today.  We went by JustMar.  It’s been awhile since we’ve been there.  Recently we’ve been going to the smaller grocery because it is less crowded and it is closer the the open market.  While at JustMar I did finally find some syrup and I made sure I got 2 of them so it will be longer before we are out again.  I also got a couple of boxes of pancake mix, so I’ll probably be having pancakes tomorrow if we have some eggs.  Eggs that are not rotten like the last one I cracked open.  From now on any egg I crack here will be in a separate bowl before they go anywhere near my food.  Thankfully my nose was stopped up that day and I couldn’t smell it, but Lita said it did stink.  At first I thought I grabbed the wrong eggs and I got a balut by mistake, but I didn’t.  The eggs I got were suppose to be the good ones.

I just found out today that I have a way to check how many comments have been attached to each post.  At first I thought it was how many times it has been viewed, that’s what I was looking for, but that’s not the case.  It’s something I didn’t know before though so that’s good.  I wonder if there is other information already in my Admin section that I don’t know about yet?  The post about the Gaisano Grand Mall Calbayog N/A ATT has the most comments (23).  After that a lot of my regular posts get commented on a lot.  The #2 and #3 posts are Thursday – 7 Oct 2010 and Thursday – 4 Nov 2010.  They have 18 comments each.

I added a new link to the Blogroll today.  It is a site written by a lady from Calbayog.  It is called Calbayog City: A Place Where I Grew Up”.  At a quick look it didn’t look like it was being maintained, but I’ll check on it later to see for sure.

It’s time for bed.  My head is starting to feel stuffy and getting a pain in it again.  I’ll be glad when I am not sick anymore.

13 May – Since I went to bed a bit early, I got up a bit early at 0659.  Today is Friday the 13th and when I look out in the street I hardly see anyone.  Maybe they are too superstitious to come outside.

Well Vicky did come by today to clean the house.  That was the only thing she did too.  We wanted her to concentrate on cleaning only to give her a better chance of completing more things that she might otherwise forget or be too busy to get to.

At around 11:00 I had ham and bacon sandwiches.  I made 2 double-decker sandwiches.  The ham I used is of the lunch meat type.  It is actually not too bad, but not as good as in the US. 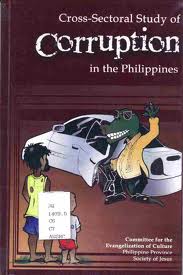 This looks like the politician that will pay you to vote for him.  To me, if this person is illegally buying votes, then that means he will be dishonest in office also.  He will get back the money he spent buying your vote and many times that and the people are the ones that will be paying in one way or another.  If they are dishonest now, they will be dishonest later.  Maybe PNoy will put a stop to this illegal activity also.

I finally added a link that Jack provided to me awhile back.  I wish I would have done it sooner.  I was reviewing an old post and came across it.  He sent it when I was still pretty naive about websites.  Not that I’m an expert now, far from it, but I do know a lot more than I did.  The link is under Blogroll and is called “The 12 Worst Typhoons in the Philippines 1947-2009”.

When things go wrong, the blame each other.  When things work out, the both try to take credit for it.

You probably noticed that recently I’ve been stuck on three very important subjects: corruption, birth control and abortion.  Actually, when you think about it, they all go hand in hand.  I’ve been stuck on these because they are major talks in the Philippines about them now.  I just wanted to share a few of things I found on the Internet and/or my point of view on these subjects.  I’m not going to go into detail, but these 3 subjects are things that I could talk about for awhile.

The RH bill is now being debated as to whether it should be approved.  The Catholic Church is against it.  I ask, “Why is the Catholic Church against it?”  In Italy, where the Pope lives, they passed their version of the Reproduction Health Bill (RH Bill) way back in 1970.  Why shouldn’t the Philippines have one?  The Pope is not fighting their current program and it’s in his own backyard (so to speak).

Abortion is illegal in the Philippines, but why then are there around 500,000 abortions in the Philippines each year?  That’s half a million.  Children are being born into poverty every few minutes.  All that is doing is contributing to an already incredible problem.  Now I am against abortion, except in cases of rape or if the mother’s life is at risk, so what is the solution?  Well if the RH Bill is passed, then Filipinos will be educated on birth control and have the means to help prevent pregnancy.  Now this is not 100% effective, but probably nothing will be.  It is tons better than what is happening now though.

It’s been stated by several people opposed to this bill that the education of the young should be left up to the parents.  Well what happens when the parents themselves need to be educated?  Watch the video I posted yesterday.  The way the young lady was told was the only way they knew to get rid of the unwanted baby was to force the baby to abort.  Young adults are also hearing things from the street, a lot of times wrong things, and things are not improving.  To those that say that the RH Bill is not going to work, then what is the solution you have?  There are those that say that the cost of birth control devices and medication is too high.  Well to those people I say, what is it costing us now?  People dying, children dying, babies being born into poverty, babies being born with defects and diseases.  Instead of politicians pocketing money for their own benefit, they could be using that for the birth control. Something is going to have to be done about the hospitals not accepting people that can’t pay also.  I hope that RH Bill addresses that situation also.

See how all those things coincide with each other?  If the RH Bill is passed, people will be more educated on birth control, so there will be less abortions.  If politicians would be less corrupt and use the tax dollars for the people and educate them with the RH Bill, then there will be less unwanted children, less poverty and things will start looking up for the Philippines.  Hopefully soon the Philippines will not be known as a Nation of Disgrace.

That’s enough rambling for today.  Be looking for another post tomorrow where I will begin with 15 May.  I don’t have much information written down for 15 or 16 May, but I may be able to come up with something.  Maybe with Feedjit or maybe an interesting story will break and it’ll give me fuel for my fire.

Remember this.  Eventually everyone pays and it hits the poorer people the hardest.

1962 – Philippine Independence Day is moved from July 4 to June 12 by President Diosdado Macapagal y Pangan through Republic Act No. 4166 in a rare show of nationalism by Filipinos who have long observed the American-dictated post-World War II July 4 (1946) as Independence Day; Emilio Aguinaldo y Famy, revolutionary leader during the Philippine Revolution against Spain, declared the country’s independence on June 12, 1898 and established the Philippine Republic on January 23, 1899 before the Bald Eagle imperialists under President William McKinley began its war of invasion of the Southeast Asian archipelago a month later, with the bloody and savage Philippine-American War (1899-1914) erupting on February 4, 1899 and raging for about a decade; Macapagal stated that the June 12 1898 Proclamation by Aguinaldo, who grabbed revolutionary leadership from Kataastaasang Kagalanggalangang Katipunan nang manga Anak nang Bayan Supremo Andres Bonifacio y de Castro, was a legitimate assertion of the Filipinos’ inherent and inalienable right to claim independence and freedom; Macapagal laudably pointed out that any celebration of independence should be made on the basis of the people’s declaration of it and not on the recognition of a foreign power; for the change of Independence Day to become permanent, Congress acted on the proclamation by passing Republic Act 4166 in 1964, thus confirming the change of the country’s Independence Day from July 4 to June 12.