[smartads] Continuing with the Provinces of the Philippines, this is #10 of 80.  This province is famous from WWII and also the story of a movie starring John Wayne ( Back to Bataan).  It is pronounced “Bah-tah-ahn” not “Bah-tan”.  I hear many people, even in the movie, say it wrong.

Bataan (/bəˈtæn/; Tagalog: [bɐtɐˈʔɐˑn]) is a province of the Philippines occupying the whole of the Bataan Peninsula on Luzon. The province is part of the Central Luzon region. The capital of Bataan is Balanga City and is bordered by the provinces of Zambales andPampanga to the north. The peninsula faces the South China Sea to the west and Subic Bay to the north-west, and encloses Manila Bay to the east

Useless Knowledge:  “Television brought the brutality of war into the comfort of the living room. Vietnam was lost in the living rooms of American not on the battlefields of Vietnam. – Marshall Herbert McLuhan

I did get up today.  When I did I took care of the 3 S’s, plus a brush, then I made some breakfast.  Today I cooked a small potato with some onions and 3 very small hot peppers.  When they got nice and brown I poured a couple of eggs, that I scrambled in a little bowl, over the top of it all.  It was good.  Everything was embedded in the egg and made a good sandwich, but I wish I had some jelly.

Lita and I sat in the store and talked for a little while.  It was just the normal money talk that married people have.  She’s frustrated that things are not going as exactly planned here and in fact could be much better.  I keep telling her to hang in there, things will start getting better very soon.  Next month we will see some light at the end of the tunnel and each month the light will get brighter, if all goes as planned.

At 10:53 it starting raining without warning.  Reminds me of Texas weather.  The sun is shining and the rain is pouring.  There are people scrambling everywhere.  They are trying to get the clothes they have hung out, out of the rain.  There are people in the street heading for cover.  Several young guys have congregated under the overhang here in front of LolyKat.  Even one of the pajak-pajak drivers that doesn’t have a cover over his head is here to avoid the rain.

Oh Man!  At 10:58 a bus came by and run through the big puddle that accumulated out front.  It splashed water all over the people up front and some of it even got through them and on me and my notepad.  They got the biggest part of it though.

These young fellows outside just spotted some young ladies walking by across the street.  They are doing the normal male howling and whistling thing.  I want to say that at least the girls had sense enough to bring an umbrella with them, but they probably wouldn’t understand what I was saying anyway.

Ado’s mother came by to see him and the kids, but he just left to bring Khan to school (kindergarten 1/2 day).  She comes by about once a week to play with the kids and talk.  She just lives a few barangays down the road, away from downtown.  Actually when they were leaving Precious told everyone, “Bye-Bye”, then she said it again, then again, then again … at least 10 times.  It was as if she was heading out for good or was ‘leaving on a jet plane and didn’t know when she would be back again’.  I couldn’t resist saying that.

Oh well, it’s 11:06 now and all the rain has pretty much stopped.  The boys are gone and the tricycle driver is getting ready to leave … there he goes.

At 12:18pm I finished my book and about 30 seconds later, Lita showed up.  I thought she was going to take over for me in the store, but nope, didn’t happen.  It’s okay though, I still  have the fan.  A little girl was just here looking for Tang.  We are out of Tang, but that’s the second time that we have missed out on that sale that I know of.  There probably are more.  Also with the Lipton Ice Tea, the same thing.  The reason those 2 sell so good is that they like to add those to their Tanduay Rhum.

I just finished telling Titing that I put his stories on the blog.  He said he didn’t mind.  I also asked him that if he would have been able to join the US Navy like he wanted to, would he  have met Neneng?  He said, “Probably not”.  Then he said that maybe it was just his destiny.  Maybe he is right, or maybe it just happen.  The topic of my second post in my other blog  http://stupidthoughtsonfacts.blogspot.com/ is abut Fate vs. Coincidence.  It’s my view of it of course and I gave some examples and a few details on why I think what I do.

Lita is getting ready to go to the market.  I want her to be sure to pick up some peanut butter and/or oil (not vegetable or soy oil).  Anything else will be okay.  I would prefer olive, canola or sunflower, in that order.  I told her all this, so we will see what happens.  It’s 1:43pm now and there she goes.  She is riding with Eddie, who just happen to show up at the right time to get something to eat. 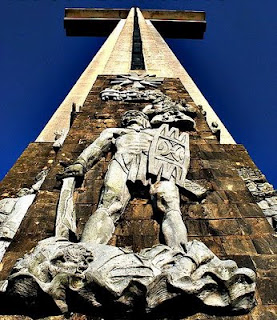 Useless Knowledge:  Hindus have a monkey for one of their gods. His name is Hanuman, and he is known for his mischievous sense of humor.

I’ve got another book to read now.  It is “The Bourne Sanction”.  It is #6 in the series.  I know there is a book #7, but I don’t remember the name of it right now.  I’ve only seen the title once.  I’m thinking that Jason Bourne must be getting old in these books and maybe he will have to become a consultant for someone else pretty soon, maybe in the next book or two.  Maybe he already has in #7, but I won’t know until I read it.  I can’t read it until I get it.

In book #4, “The Bourne Legacy”, there was a character that might be his son that he thought was dead.  I don’t remember everything in that book, so I’ll have to read it again.  It’s in storage in Texas though, so I’ll have to wait.

It’s 3:05pm now and Lita is back.  Let’s see what I’ve got.  No peanut butter and the oil she bought was vegetable oil.  Vegetable oil is written in very small letters on the bottle and she didn’t bring her glasses.  She probably just got it because it was less expensive.  Plus she went to the smaller grocery and she said that was all they had.  Whatever!

It’s 4:50pm now and it’s my first time on the computer all day.  It got a well deserved rest today.  Actually it gets a good rest almost everyday since I’ve been watching the store.

I added 7 more figures to the Philippine Mythology page.  One of them was pretty cute, at least the version I found of her.  After you read what she is supposedly capable of though, you get disinterested in her quickly.

I need to get pictures of the new restaurant downtown, the Mang Inasal BBQ.  It’s not exactly where I pictured it was in my head when I first heard about it, but since Mar brought us there to eat, I know exactly where it is now.  To me they are one of the best eating places in all of downtown.  I mean it’s not an Applebee’s or an El Chico, but the food they do serve is good and I ate every bit of mine and part of Lita’s.

Useless Knowledge:  The Goliath beetle of Africa has a huge armor that makes it the heaviest flying insect in the world. In fact, it weighs more than eight mice and is a common pet with African children, who fly it from a string. 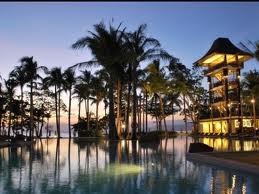 ***Special Note*** I just found out that some of this information under “Useless Knowledge” actually is ‘useless’.  It was just one incident, but it makes me wonder if there are more.  There was an entry that listed the people that have won the Tour de France the most, and Lance Armstrong’s name was not there.  In fact, the 4 names that were there only had 5 wins apiece.  So unless the entry was made before 2005, they are inaccurate.  Judge for yourself, but I think most of the things are correct. ***Special Note***

1945 – Two days after Japan surrendered unconditionally in World War II, President Jose P. Laurel announces the dissolution of the [Second] Republic of the Philippines established during the Japanese Occupation of the Southeast Asian archipelago; under Japanese sponsorship and in line with the Greater East Asia Co-Prosperity Sphere scheme, the 1943 Constitution of the Philippinescreating a Republican state with a powerful executive branch, with the President to be elected from among members of the unicameral National assembly and with subordinate legislative and judicial branches, was drafted, approved and submitted for ratification during the Kalibapi  [Kapisanan sa Paglilingkod sa Bagong Pilipinas] convention in Manila; however, Filipino guerillas and the American colonial Commonwealth-in-exile led by President Sergio Osmena have refused to recognize the Japanese-sponsored Laurel government.

1898  – Four days after the infamous Mock  Battle of Manila, the second expeditionary [translation:invasion] forces of the looming 20th century imperialist nation, the United States,  arrive and land at Parañaque, located midway between Manila and Cavite, and led by Gen. Francis V. Greene;  Greene’s early show of Bald Eagle imperialist posturings and the the Mock Battle that falsely showed to the world that the Americans–instead of the Filipino revolutionaries–defeated the Spaniards in the Philippine archipelago would presage the absurdly baseless December 1898 Treaty of Paris wherein Spain had the gall to agree to supposedly  “cede” the newly independent-from-Spain Philippines to  imperialist U.S. that, for its part, months earlier conned Gen. Emilio F. Aguinaldo into cooperating to fight Spain, deceptively promising to honor Filipino Independence.