Useless Knowledge:   Koalas and humans are the only animals with unique fingerprints. Koala prints cannot be distinguished from human fingerprints. Luckily, few koalas pursue a life of crime.

Lita took the fan because she said it was hot in the bedroom.  She already has the fan and the air con, but she wanted this fan too.  It’s to hot to stay in here long without the fan, so I did those hits early.

Since I ended up going to bed a little earlier than normal, I got up earlier than normal.  It was almost 0700, 0647 I think.  I watched TV for about 1 1/2 hours, then Lita “suggested” I open up LolyKat to try to make a few pesos.

When I got out here, which is where I am right now writing this, Sally was sweeping the store floor.  It looks like it has never been swept before so there was a lot of dust.  I waited a couple of minutes after she finished then I turned the fan on to clear some of the dust out of there.

Vicky came in singing the “Kuya John” song and took the last bunch of bananas in here.  They will be used to make the banana balls and banana Q’s (banana egg rolls), the next round of food to be made.

Today must be Wednesday because Ado’s multi-cab is still here.  For traffic and emission purposes, they restrict the multi-cabs from working on particular days each week.  It depends on your license plate number as to which day you don’t work.  I think Wednesday is a good day to have off for someone that works 6 1/2 days a week.  It breaks up the week just perfect and you never have to work more than 3 1/2 days in a row.  His longest stretch to work is Thursday thru Sunday morning.  He is usually back home by 1:00pm or 2:00pm on Sunday afternoon. 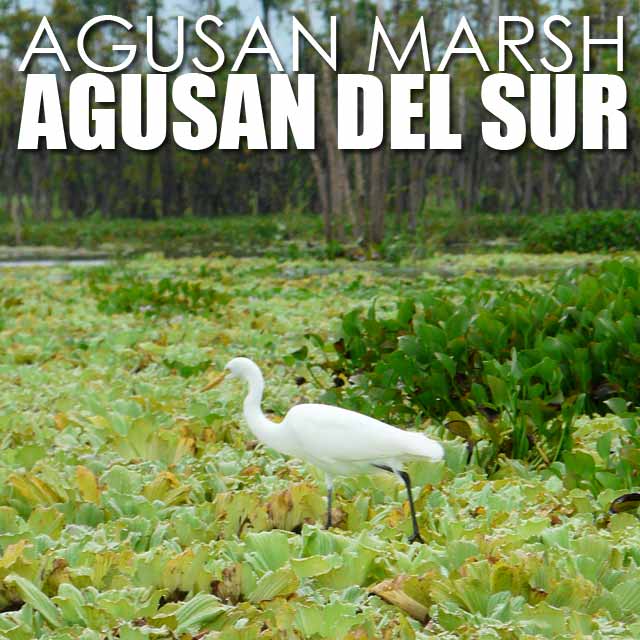 Okay, it’s raining now.  It’s 10:54 and it’s been raining for approximately 30 minutes.  It started as I was walking to the other sari-sari store to get some bread.

I am just finishing up my 3rd fried potato/fried onion sandwich.  I ate 3 sandwiches, but they were all on the small bread, so it’s more like 1 1/2 sandwiches.

I think if I get a chance later, I will kill zombies instead of terrorists because I need to finish the Level 3 of the Plants vs Zombies to post here (done).  I’ll do that right after I finish the MJTS post I was telling you about (done).  I really wanted to finish that last night, but without the fan I just couldn’t stand the heat in here.  Plus I still have the post for tonight (done).

I hope I’m not over whelming you with stuff about MJTS, it’s just that it’s something that has kind of taken on a life of itself recently.  I’m sure soon, if no one employs us, I will soon move away from talking about it.  Of course if someone does employ us I will talk about it more, without giving names, and eventually I will have some nice pictures to put on here that are first hand and I can write a little personal synopsis about each one.  Actually if someone does employ us, I doubt seriously I could not say anything.  I would be so excited and ready to go.

If we can get 5 or 6 sets of tourists to use our service, then we could get out of this hole were in faster.  Either way is fine with me, it’s not crippling us, but it bothers Lita and I don’t like to see her worrying so much.  I figure that as long as it does get done, that’s good enough.  Of course most everyone likes to have extra money to be able to do things that they can’t normally do.  It’s been so long since we’ve had that luxury.  Actually it’s been since about 1993 since we’ve had that luxury.  We have been mostly living paycheck to paycheck since then.  Even here, right now, it’s the same.  But as I said, next month is the beginning of a decline in payments and payments will get smaller every month for at least the rest of the year, and there is no reason for them to ever come back.

Useless Knowledge:    A fart is a combination of gases (nitrogen, carbon dioxide, oxygen, methane, and hydrogen sulfide) that travels from a person’s stomach to their anus.

It rained pretty hard for about 10 minutes, but it is back to normal rain now.

I’m glad Ado’s multi-cab is between me and the road.  There is a big puddle of water next to the road and if a big, fast vehicles comes by, the multi-cab would block almost all of the water before it gets to me.

Kids are coming from in the direction of the school.  Most of the boys are running through the puddles and most of the girls are avoiding them.  That doesn’t sound any different than in the US.  It’s probably the same worldwide.  Why?  Well when you get right down to it, back to basics, we are all just people trying to survive in this world.  Some people choose to take advantage of situations and people along the way, and that’s when things start going wrong.

Our small Pepsi truck has a problem.  I’m far from being a mechanic, but it has something to do with the transmission, which is not a good thing.  It also needs a new battery, which cost about P5000 ($119).  We are the ones that are suppose to be maintaining that Pepsi truck but Titing is taking care of it for us right now.  Like I said, he and Neneng help us out a lot while we go through our settling in pains.  Oh Mar and Ludy help out too, but not with the truck.

One of our food customers just got splashed with water from passing buses, twice.  The first one could have been much worse, but she had just moved over towards the store window, away from the puddle.  So it turned out to be minimum wetness.

A guy came by to talk to Sally that was selling ice cream.  I was looking for something chocolate, but he only sells mango ice cream.  I didn’t want any ice cream anyway.

Oops!  Spoke too soon.  No sooner than I finished that sentence, Lita wanted me back in the store.  I WAS working on the Plants vs. Zombies, Level 3.  I made it to the beginning of Stage 3-3 before I had to leave.  (I have finished it since then though).  It’s nice and cool out here in LolyKat, maybe that’s a reason why it wasn’t so hot in the computer room.

I just saw 2 American guys getting in a pajak-pajak.  I guess they came out of the Ciriaco.  I was laying down reading and when I got up, there they were.  One of them was acting like it was his first pajak-pajak ride.  I didn’t say anything and they didn’t see me that I know of, but I think maybe I should have said something.  They were heading in the direction of downtown, so maybe I’ll see them later.

It’s 5:58pm and Chatty just arrived home from school in her cute school uniform.  Have I mentioned that Chatty is a nice young lady?  She doesn’t talk much, at least not to me, but she is the typical friendly 15 year old Filipina.

The fish balls seem to be a popular item this evening with the children.  I’ve heard several of them come up to ask for them.  Most of the time the children just come around to get candy.

At 6:10pm I went inside to check on the computer.  No new news and it was starting to get hot, so I turned it off.  J should be back in about an hour and I’ll g back to turn it on.

At 6:20 the sign out front of the Ciriaco, that had been lit up, went out.  I thought that it meant the big sign on the hotel would be coming on, but 5 minutes later, nothing.

Yuck!  Someone cooked tuyo (dried anchovies) in the kitchen.  I need to put the fan in here to blow that smell out the door and/or windows.

For dinner tonight I had 2 fried eggs cooked on top of 1 fried onion, cut up, with peppers mixed in.  I made 3 sandwiches out of that.  It’s 7:28pm now and I’m done eating for the day.

Mar and Ludy are here.  Ludy brought me some Red Pepsi.  I better go out there to talk with them.  …Okay, I’m back.  The first question Mar asked me was if I heard anything for the MJTS.  Of course the answer was, “Not yet”.  Mar and Ludy want to take us to Mang Inasal.  It is the newest Filipino BBQ restaurant in Calbayog.  It is an popular BBQ chain here in the Philippines.  Mar will be by at 10:00am.  I’m going to bring the camera.

Useless Knowledge:  A skulk or leash of foxes; A troop or mob of kangaroos; An army or colony of frogs; An ascension or exaltation of larks; A leash of greyhounds

1898 – Some three days before the infamous Mock Battle of Manila, Spanish-blooded Filipino Antonio Ma. J. Regidor becomes a member of the Executive Board of the Hong Kong Junta tasked with seeking international recognition of Philippine sovereignty following Gen. Emilio F. Aguinaldo’s June 12 declaration of Philippine Independence against colonial Spain;  Regidor, who will be part of the Agoncillo missions that will present the Philippine case before the United States Congress amidst the looming imperialist advances of the Bald Eagle nation, believe that the only real and enduring tie between Filipinos and Americans are commercial in nature, and will advocate financial and economic, but not political/colonial, relations with the US; some three or four months earlier, amidst the Spanish-American War roughly intersecting with a supposed lull in the Philippine Revolution, Bald Eagle Admiral George Dewey forged an “alliance” with Aguinaldo in fighting Spain, with the latter and other Bald Eagle military and diplomatic officials taking turns in conning the Filipino general into believing that the U.S. will honor the independence of the Filipinos;  Aguinaldo would stupidly allow the free entry of GI’s into the archipelago, allowing the Bald Eagle forces to position themselves for what would be the Mock Battle designed to falsely show the world that it is the Americans instead of the Filipino revolutionaries that have defeated Spain in the Southeast Asian archipelago; the looming imperialist Bald Eagle nation would eventually invade  the Philippines, triggering the bloody and protracted Filipino-American War (1899-1914).