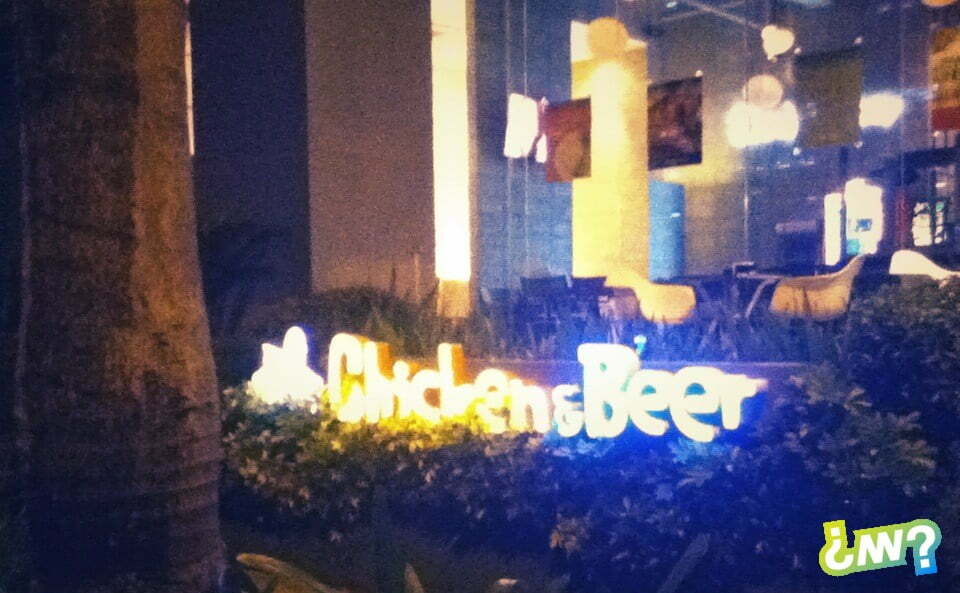 [smartads] I’m not going to have many pictures in this one because the Internet keeps going out on me and it has already taken twice as long as normal to get this much of the post done.  I will squeeze in at least 3 though, I hope.

Today I just found out, because of inactivity I don’t check it very much, but someone bought something from Amazon.com through this website.  Cool Beans.  It wasn’t much, but at least it was something.  I’m sure not going to complain about it being low.  I’m hoping it’s the start of a trend and soon a lot of people will be buying books through there.

At the writing of these notes, I am in LolyKat for my first and most likely my last stint out here today.  My check should be in this afternoon so Lita and I will be going downtown.  I still need to sit down with Lita figure out what we should take out because this time it will be less because we need to keep money in there to pay for the Korea tickets.  I think that maybe what will end up happening is that we will have to buy those Korea tickets at full price, at least the first leg of the trip.  There are some days/times that are less expensive than others, so I’ll probably have to work with those.  I can do that.  Then while in Texas, I’ll continue to look for the sales from  Korea to Cebu or Manila (I prefer Cebu)  and purchase those tickets ahead of time, like I should have done this time, but I couldn’t. 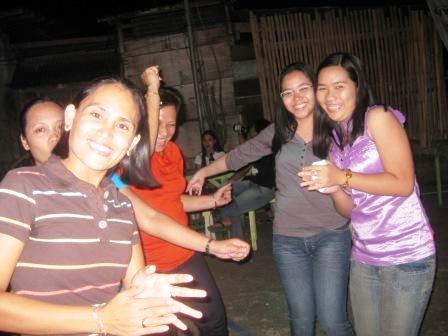 Lita and I need to make our yearly trip out of the Philippines in May.  I’m still not sure if they go by month and day or just by month.  In maybe clearer words, we arrived in the Philippines on 15 May 2010, so do we have to take our yearly trip on or before 15 May or will anytime in May be sufficient?  The only reasons we are leaving at the end of April is that we need to get to Osan to get the free flight to the US and the best time for retirees is at the end of a month, according to Osan, when they were actually e-mailing me.  I just figured that if we wanted until the end of May, it’d be too late.  The other reason we, well I, decided on the end of April is because I was trying to get back to Texas to watch the NFL Draft on TV instead of having to get the updates on the Internet.  I suppose I could do that again though, it’s not a life threatening situation, I survived it last year. 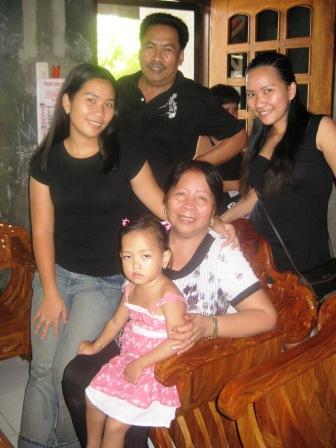 I have no idea where this picture was taken.

I just locked all the children out of LolyKat.  They like to come in here to run around and they do okay for awhile, but then they start getting into things and making a lot of noise.  It just about impossible to keep them out without locking the door, especially Precious and Casandra.  Casandra can now get over the little step going into the store, so if the door ain’t lock, she’s coming in.  I tried just closing the door, but they just push it and open it.  No one is out there crying to get in, so I can live with locking the door.  Cathy had to go pick up Crystal at school and Ado is working, so the kids are left here for whomever is up front to watch.

Someone that lives around here always sends their little son, he looks to be about 4 years old, to buy things in the store.  He speaks no English and even his Tagalog or Waray-Waray, whatever he is speaking, is very low and unclear.  He came by to buy some onions and I got that part figured out.  I gave him the onions, but after awhile he came back again.  I couldn’t figure out what he wanted, so I asked Lita if she could figure it out.  She couldn’t, so Vicky tried … nope.  Khan, Precious and Casandra were all in the store making noise, Lita was asking him what he wanted, Vicky was asking him what he wanted and the poor little boy really looked like he was getting confused.  Khan got up in the window and I got him out and I’ll be danged if he didn’t jump right back up there.  This time got him out much faster and more firm and told all of them to get out of the store.  Well they didn’t leave right away, but at least they were quiet, except for Casandra.  Finally Lita figured out that all he wanted to do was replace one of the onions I gave him because the onion was soft and unusable.  I said, “That’s it”?  That was a lot of confusion for P1.

At 4:50pm when I checked, the check was there.  Lita and I went downtown and got some money.  I left a little more in there than usual and am not thinking I should have left just a little bit more, but I guess we can work with what’s in there.  I’ll try to save a little of what I did get out also. 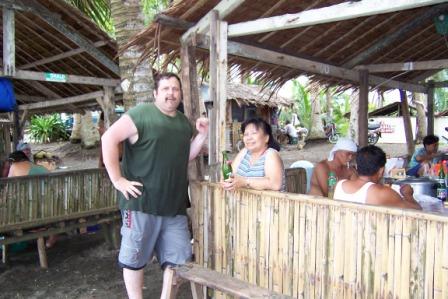 One of our main things we wanted to buy was chicken.  We went to the Monterey Meat Shop downtown to get this chicken.  We went there right after getting the money because we were not sure what time they closed.  It turns out that they do not close until 8:30pm, so we should have went to Chow King first to keep from carrying the chicken into the restaurant with us.  Notice I said “should have”.  But no one seemed to notice that we were carrying 9 chickens in one bag (the one I was carrying) and 2 in the other bag (Lita was carrying).  Those chickens were P102 per kilo, on sale for buying 10 kilos or more.  We paid P1080 ($25.70) and got 11 chickens.  That should be enough to last a couple of weeks at least.

At Chow King I ate but Lita just had a Coke.  She said she ate already, but this was my first real meal of the day.  I ordered the chicken mami and one of the new honey garlic chicken entries and 2 large Cokes.  Total price P230 ($5.50).  I liked both of my orders and so did Lita.  She had to taste the mami especially and said the broth was good, and it was.  Honey garlic chicken is an interesting combination, but it does taste good.  I just might order it on my next trip to Chow King.

We were walking the highway coming home looking for one of the yellow tricycles to get a ride, when Arnel showed up and offered us a ride home.  The same Arnel that I showed the basics of Cribbage to.  He had 2 women in the car with him and I believe they were his wife and his sister, but no one has told me anything official on that.  It was night time out there, so I asked Arnel how he recognized us.  It was my physical appearance that gave us away.  You know, big and white.  It’s okay, I know I’m big and white, I just appreciated the ride because that bag of chicken was getting very heavy.

When we got home, the front door was stuck.  Jay got in the back door and had to use a knife on the lock to get it open.  When you try to turn the handle, it doesn’t work.  It’s like it just froze or something.  It’s still messed up, but we can still lock the screen door and the big door with the chain. 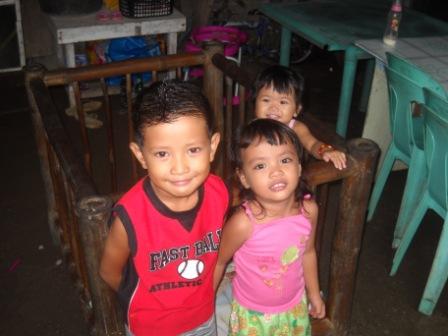 Ramil stopped by to apologize for not getting the computer and more importantly for not calling to tell us he wasn’t.  I’m sure he already heard that Lita got really mad about that.  Poor Robbie caught the bulk of the fury.  Lita is one with a quick temper, but she also forgives easily.  Only problem in this case is that Robbie didn’t do anything wrong, she just was there and Ramil wasn’t.  I hope things go back to the normal abnormal soon.

Well I guess they kind of are already going back to normal abnormal because around 9:15pm Lita decided that she wanted a beer.  Okay with me.  We bought 1 liter of Red Horse and 1 smaller bottle of San Mig Light.  I don’t like light beer and after giving Lita’s beer a quick taste, I remember why.  It’s like watered down beer.  Anyway there is still the thing with Robbie to settle as far as I’m concerned.  I’ll talk with Robbie in a couple of days and found out how she feels about it at that time.  I don’t really mind when Lita attacks me with her temper, I’ve dealt with it for over 30 years, but I’m not comfortable when she bombards someone else that doesn’t really deserve it.  I spoke with her about that and she says that she knows that she should not have yelled at Robbie, but when her temper is flaring, her mouth moves so fast her brain can’t keep up.  I haven’t gotten her to go apologize yet, but we did give their family some of the chicken we bought and even held it in our freezer for them, since they do not have one.

I’m just looking for peace (and quiet) without being dead to get it.

10 thoughts on “Tripping Children with Chicken and Beer”