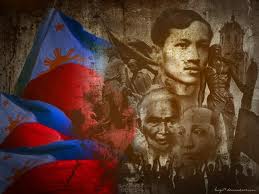 The intention of this post is not to make anybody mad.  I’m just expressing my opinion as I see it.  I hope that the Filipino community will take heed and maybe this will be a little wake up call for someone that will someday make a difference for the Filipino people.

Since moving to the Philippines in May 2010 I have noticed a trend that I’m not all together sure is a good thing.  My wife and I moved to the Philippines because the lifestyle was slower and of course because our dollar would go a lot further here than in the United States.  Although they are both good reasons and, as far as I can tell, the reasons why most expats move to the Philippines, the former is the one that I would like to talk about today.

—–Learn from yesterday, live for today, hope for tomorrow. The important thing is to not stop questioning – Albert Einstein

Yes living in the Philippines is a more laid back lifestyle than what we were living in the US.  The rat race we were running was just too much for us to handle anymore, we were just lagging farther and farther behind.  It’s great to be living the slow pace, but there is such a thing as getting too far behind the rest of the country and the world.  I suppose it’s the same in every country, but I think that too many people are trying to hang on to the past and not embracing the future that is coming whether you are ready or not.

—–No to tyranny! No to corruption! No to all this degradation of human dignity! Because then, I feel the true air of your fathers who before you have shed their blood for our freedoms – Ninoy Aquino

The Philippines is a country that is rich in history and tradition.  That history should be learned by the younger generation.  The traditions, local and national, should be passed on from generation to generation, but don’t get stuck in that “in the past” mode.  There are many things that go on here that most of the people that I encounter like the way it is and won’t even try to change it.   Their usual response is “That’s just the way it is in the Philippines”.  To me that clique is used much too often and I consider it a cop out.  The Philippines is going to progress, along with the rest of the world, and all the Filipino people should and really need to try to keep up, at least to some degree.  If they always stick to the old ways, that is what their children will learn and the upcoming generation will probably be the same as them, no progression.  That will just be another wasted generation that could have been used for advancement.

—–The youth is the hope of our future –  Jose Rizal


I think that one of the big problems they may be having is that challenging authority is usually a fruitless endeavor.  A lot of the people believe that the corruption in the Philippines is beyond repair.  However things like “People Power” and “People Power 2” prove that if enough people believe in the same thing, then the government has to listen.  Even in the Philippines, whether they believe or know it or not, the people are the real power of the country.

—–The media’s power is frail. Without the people’s support, it can be shut off with the ease of turning a light switch– Corazon Aquino

Of course the Filipino people are not always helping progress either.  They contribute to the downfall of the Philippines and themselves each and every time they bribe a traffic cop from giving them a ticket or paying extra to expedite their paperwork over someone else, even if that other person has been waiting for hours already, in a busy office, so they won’t have to wait.  Every time they accept money from a politician for their vote they are doing more harm to the country in the long run.  Of course that politician will find a way to get their money back once they are in office.  That usually means that they find a way to get money that was meant for the Filipino people.  The idea that just because you have the money and others don’t makes you a more privileged person is the wrong attitude to be passing on to your children and grandchildren.


I suppose that as more and more Filipinos go to the first world countries and return to their lives in the Philippines, at least those with enough ambition to try to help the Philippines, things will start to change, but there is no telling how long that will take.  Some Filipinos that go to the first world countries just end up staying there and hardly, if ever,  return.  They just do as any other Overseas Filipino Worker (OFW) and send money back to their families that are still here in the Philippines.  That is all fine and good, but it’s not helping the average Filipino keep up with the progress that is coming, whether they want it to or not.

—–Duty, Honor, Country. Those three hallowed words reverently dictate what you ought to be, what you can be, what you will be – Douglas MacArthur

The Philippines use to be a country on the rise with a lot of promise.  I personally think the downfall began with the 2nd term of Ferdinand Marcos, but others will argue with me.  Maybe they are right, but that is my opinion.  With all the corruption in the Philippines, it is now lagging from behind in progress from other nations, including nations that were, not too long ago, ravaged by war, Vietnam and Cambodia.  Don’t they realize that in some parts of the world, the Philippines has become a nation that is made fun of?  Where is that Filipino pride?  The attitude of the Filipino needs to change if they ever hope to advance.

—–I don’t have any formula for ousting a dictator or building democracy. All I can suggest is to forget about yourself and just think of your people. It’s always the people who make things happen – Corazon Aquino

I still hear stories of people being arrested and held for years without a trial, a lawyer and sometimes even without being told exactly why they were arrested.  I can not confirm any of these stories for sure, but I have heard several of them.  That’s not progression, that’s regression.

All that being said, I think the current administration under President Aquino leadership is moving in the right direction.  Many of the people that were in high offices that have been accused of corruption in the past, have been replaced, and in some cases, punished.  I think that if progress like this continues, and the people take a hand in the government, then things will work out much sooner than later.  I still hear things like local politicians ‘having’ to hand out bribes or they have zero chance of getting elected.  I can only hope, for now, that these people that do get into office will actually have the fate of the Philippine people in mind when they take office.  If not, then the Filipino people need to express their dislike and do something about it.  Just sitting back and accepting whatever is thrown at you or just complaining to your family and friends is not going to change anything.