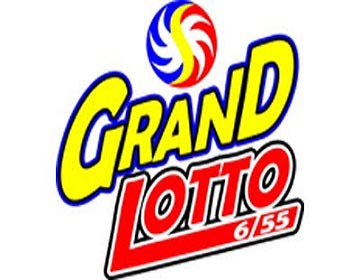 The Wednesday before last, as  we were returning from visiting Marge’s new son, Rhynz Matthew, at Mar’s house, Ado decided to stop to buy some lottery tickets.  So I decided, what the heck, I will buy some too.  I do not buy lottery tickets very often, but I felt like it today.  I did not have much money, only P30, so I bought 1 Grand Lotto (6/55) (P20 each) and 1 Mega Lotto (6/45) (P10 each).  As I was returning to the multi-cab, in which we were all riding, Lita decided to give me an additional P40.  So I bought 1 more 6/55 and 2 more 6/45.  The lady selling me the tickets tried to tell me how much the jackpots were, but I told her that it didn’t matter really.  I probably will not win and besides, even if it is only P1M, then that is good enough.  I am pretty sure it was in the vicinity of P50M though on at least one of them.  Of course after winning we all had the usually dreams of winning the jackpot.  Hey it’s not $50M, but the P50M is $1.25M and that is probably enough to last us for as long as we live, even after giving some of it away.  My dad said to send him $10,000 if we win.  I told him, heck, we will bring it to you.

Anyway.  A couple of days later I decided to check the tickets.  I went to the PCSO website to check them.  I checked the 6/45 first and got 1 number on each one, so that’s nothing.  When I checked the first 6/55, I got 4 of 6 numbers.  Okay now that’s something.  I didn’t know how much though because I play the Philippine Lotto so infrequent, I do not know the payouts.  I went ahead and checked the last 6/55, but it was only 1 number again.  So I’ve got 1 ticket with 4 matching numbers.  I had to look up what the payout is for matching 4 on the Grand Lotto.  I went in to tell Lita and I arranged them in order, with all the zero payouts first.  I told her, “Okay, I checked the lottery numbers”.  She asked, “Did we win”?  I answered with, “Well let’s see, we have zero, zero, zero, zero and 2000”.  It didn’t register with her at first, but when it did, her face lite up.  “We won P2000”, she asks.  I told her, “Yep!  I will put it right here and you can cash it in tomorrow and go shopping”.  She was so excited she had to show it to the cousins outside.  That’s when we ran into a little potential problem. 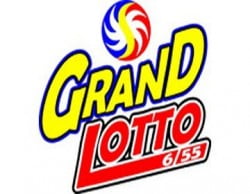 You see when I played the lottery in Texas I got into the habit of circling my correct numbers.  Well it seems that in the Philippines that is a big no-no.  They are very strict about marking on the lottery tickets.  It does say on the back of the ticket, as it does in Texas, do not deface the ticket.  I did not consider circling the number to be defacing.  Her cousins kept telling her, “I wish he would not have marked on the ticket”.  I thought it was all a bunch of crap.  I mean the ticket has to be run through the machine and the machine does not read the numbers, it reads the bar code at the bottom.  I did not mark anything close to the bar code and there were no other marks on the bar code either.  I figured they were just over reacting.

So the next day Lita sent Juvic down to cash in the ticket.  Lita was worried the whole time Juvic was gone that we would not be able to cash it and I wasted P2000.  When Juvic gets back, sure enough, they will not cash in ticket and Juvic said they told her because of the markings.

I told Lita that is a bunch of BS (I didn’t use the initials).  So I decided that the next day, I will take the ticket down there in person and find out what the heck is going on and get the ticket cashed myself.

Stay tuned to fine out any complications I may of had and what the final results were.