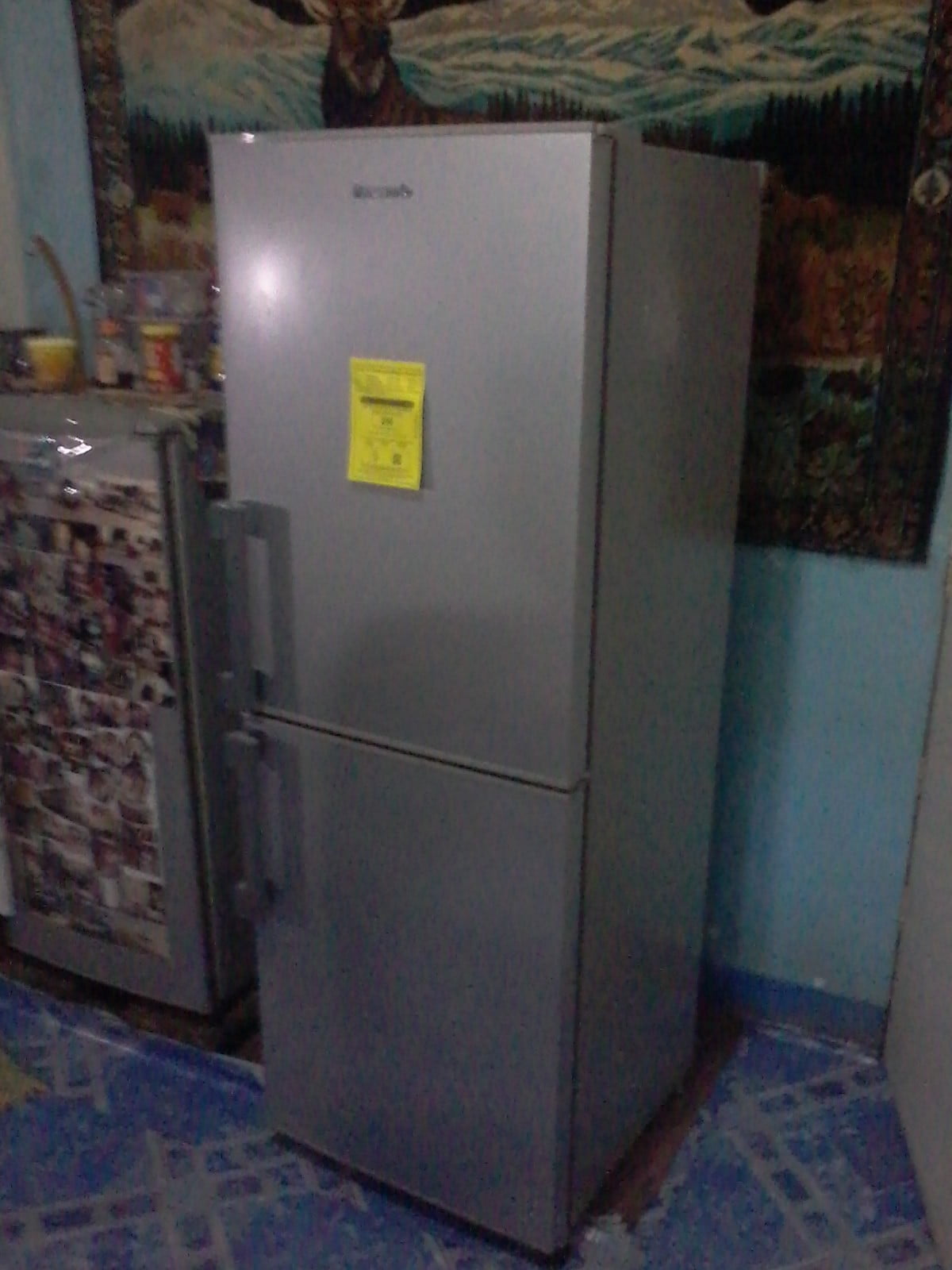 New Refrigerator Compared to Old One

Okay, I should get a post out today.  Actually I should have no later than yesterday, but I got lazy again.  I’ve got lots of information for this post and it’s all from 5 January 2016.  Several different things happened that day and with all my rambling, it should be plenty of information.  Maybe not as much as I let on in the previous post, but still quite a bit.  Lets get started on it.

As I stated in the previous post: Refrigerator Fence Fan we needed to get a new refrigerator.  We needed to get a barangay clearance before we could get it delivered though.  Well the clearance came through, so Lita went to show them at Willy & Sons so they could deliver.  Since Lita had other things to do downtown, they actually got here before she got back.  When it got delivered it was the first time that I had seen it.  I really don’t care much how it looks, but I think that if I was there with her when she bought it, we would not have gotten the one she got.  It’s big, but the refrigerator part is too low.  Plus the freezer section is larger than the refrigerator part.  For the it’s too close to the floor, but I suppose that we will end up putting it on a little platform to make it a little higher.  Not too high though or Lita won’t be able to reach everything in the freezer.  The smaller old refrigerator was put in my computer room.  I plan to have the drinks put in there, mostly beer, water, Pepsi and Mountain Dew.  Also I will keep the things I use and eat that need to be in a refrigerator.  Mostly that will be mustard, mayo, ketchup, fruit and bbq sauce.  Lita said she wants to keep a few things in the freezer too. The new one will have lots of ice for sale.  I also had to do some re-arranging of plugs to get the refrigerator in the computer room.  The way I had it, both the refrigerator and the computer would be on the same outlet.  I didn’t want that, so I made a few changes.  Yes we moved the old refrigerator into the computer room before the new one was even ready to use.

Lita told me today that Judith has decided to open up a store/restaurant up front.  She really is just waiting for the people to come by and start the construction on the highway.  At least then we will know ‘exactly’ how much building we have left and how much more needs to be built.  This plan negates Mar’s plan for the car wash that he wanted to put up there.  I really don’t know what they want to do, but I do know what it better be.  It better be different, at least a little bit.  This area here has plenty of sari-sari stores, so another one is not really needed.  Now if the store is also a little eatery, then that might draw some attention, especially if they have foods that even the numerous expats that stay at the Ciriaco will like.  They don’t need to have any type of bbq, Neneng already has that out front and I’m pretty sure she will continue to have one after the little building is torn down.  She’ll just get another one built in the new location.  Anyway, that is in the plans.  When/If the plans progress, I’ll be sure to post about it on here.  I’m staying out of the planning stages of that.  I don’t have to invest any money in it, so I’m not going to fret over it.

Well that ‘extra money’ we needed to bring Grace to I’s Plant never materialized, so we didn’t get to go.  Grace is cool with that because she’s cool.  I’ll be sure to make it a point of getting her there on her next visit home.  I’m not exactly sure when that will be though.  It could be when she’s all done with schooling and coming home for good.  Whatever the case, I’ll try to remember to get her there.

Scott Torres stopped by today to yak-yak a little bit.  I showed him the new refrigerator and he also was a bit surprised that the freezer was larger than the refrigerator part.

Speaking of the refrigerator, it already needs a repair.  It seems the Freon line came loose and it all hissed out.  Victor and Lita went downtown to let them know.  Hopefully it will be something that is fix quickly, but I doubt it.  Things are just not fixed quickly around here.

Here’s something I just found out today, that many of the expats here probably already knew.  You can pay your Samelco (electric) bill at the Palawan Pawn Shops.  It’s closer than going all the way to the company, although I’m never the one that has to go pay for it.  Palawan does charge a P5 fee for this service, but I figure that if you’re already downtown and have the bill with you, why not.  The usually line you have to wait in at Samelco could be avoided.

Okay, that’s all I have for this post.  See it wasn’t actually that long really.  The next post will be longer I think because the contents are something that I tend to ramble a lot about.  I really didn’t ramble as much as I thought I would for this one though.  I’ll insert the few pictures I have for this, but I’m not sure how they will turn out.  I’m still having my little only Unix, no Windows problem.  Hopefully that will be taken care of .. very soon.

As always, please leave comments on this post or about anything in general in the Philippines and I’ll do my best to get you an answer.