[smartads] Pet Peeve: Lita will say something that I don’t hear or understand, except for a word or two. When I ask her what she said, the only thing she repeats are the only word(s) that I actually did hear. *** My best friend is also married to a Filipina and he says his wife does the same thing. How about you other guys that are married to Filipinas? 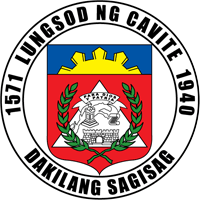 The City of Cavite (Chavacano: Ciudad de Cavite) is a fourth class city in the province of Cavite, Philippines. The city occupies a hook shaped peninsula jutting out into Manila Bay. Cavite City used to be the capital of the province. The historic island of Corregidor and the adjacent islands and detached rocks of Caballo, Carabao, El Fraile and La Monja found at the mouth of Manila Bay are part of the city’s territorial jurisdiction.
The city lies 35 kilometres (22 mi) southwest from Manila by road. It borders the municipality of Noveleta to the south. The peninsula encloses Bacoor Bay to the southeast and Cañacao Bay to the northeast, both small parts of Manila Bay. The city proper is divided into five districts: Dalahican, Santa Cruz, Caridad, San Antonio, and San Roque. These districts are further subdivided into eight zones and a total of 84 barangays. The Sangley Point Naval Base is part of the city and occupies the northernmost portion of the peninsula. This used to be an American military naval base and has since been converted into a special Philippine military base.
The name “Cavite” evolved from the word “Kawit” or “Cauit,” meaning hook, referring to the shape of the land along the coast of Bacoor Bay. It was mispronounced by the Spaniards as “Kawite” or “Cavite” there being no “K” in the Castillan alphabet, then changing “w” to “v” so as to conform to their accentuation. 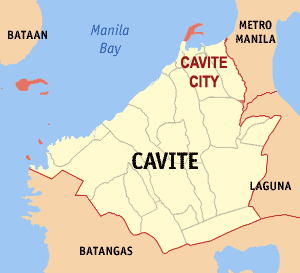 http://en.wikipedia.org/wiki/Cavite_City
I was up at 0717 this morning because Lita wanted me to get a couple of the extra panes of glass we have. It seems that she broke a couple of them this morning somehow. Luckily we have the jalousie windows and the glass just slides in. After putting those in, I headed back to bed at 0726, but at 0740, I got up to stay. I opened LolyKat, then I turned the computer on to read and answer any comments. Now I’m taking these notes.
Wow, I put 7 new news stories on the site this morning. I could have kept going but decided it was getting to be too much. It got me to thinking about whether anyone is even going to be reading any of these. When the new website is active it will be set up so I can check which articles people go to the most so I can gear the site more in that direction, but not completely of course.
Around 10:45 I got recruited for LolyKat. Lita went to take a shower. It’s a sunny day, but it’s not hot, yet. At least sitting in front of this fan, it’s not hot.

One of the first things I noticed when I got out here is that there are 5 kittens, not 4 as I thought. Lita cleaned up the area a bit and now there is more light there so I can see inside the box clearer. There are 5. Two of the kittens have designs like Blue, two are tan and the last one is white with tan spots. That one is my early favorite because he/she is different than the rest of them. I’ve got no clue what the plans are for them when they get old enough. Lita wants to just let them roam around like the other cats, which would mean more around here probably. Now if they will catch rats and things, they can stay and I’ll even be nice to them, but I don’t need any freeloading cats hanging around. Since Calvina had those babies, she sure does eat a lot. All kidding aside, I think she is eating more than Lita these days.
Cathy, Ado and their family will not be going to Tambis. Although her parents are whose house we will be staying at, they need to stay here so Crystal and Khan can take tests at school. Evidently it is not possible to get the test dates changed and the tests are required. That being the case, Lita has asked Cathy to be sure the mama cat is fed and that the children stay away from the kittens. 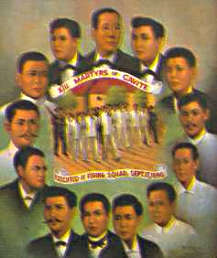 http://www.grandlodgephils.org.ph/2011/?page_id=1064
It’s 2:45pm now and I’m going to go in the kitchen to cut up the vegetables to cook. When I cook them I will mix in the little bit that is left over from yesterday. Unless you count the 2 peanut butter sandwiches, I have not eaten today. I will need to eat all the vegetables today because they definitely will not be good for me after being in the refrigerator until Sunday.
Okay, it’s much, much later now. Actually it’s just about exactly 6 hours later. The vegetables were great of course. Mostly the rest of the day I’ve been sitting in front of the computer either playing Text Twist or looking at Space-A Facebook pages and airline schedules. I can’t do much with the Space-A because they only have a 72-hour schedule and nothing is guaranteed, especially getting a seat. But, again, it’s free so it’s worth a chance.
I also rearranged the website a bit. I didn’t add or subtract anything, I just moved it around. I don’t think anything got knocked out anyway. I just wanted to see what it looked like. I thought it looked pretty good, finally, so I’m going to leave it like this probably until the new site is activated. Speaking of which, that should be after I return from Tambis, most likely. I sure hope all goes well. If it doesn’t and I lose the site, y’all don’t give up on me. I’ll be fighting to get back. 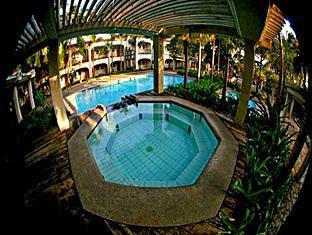 http://www.agoda.com/asia/philippines/cavite/island_cove_resort_leisure_park.html?NoLanguageRedirect=1
Remember, I’ll be gone the next 3 nights, with no computer. That means no posts. We’ll be back on Sunday (the 25th) and I hope to be able to get something on when I return. It all depends on how tired I am, but I may be ready to start back in with the regular posts just as soon as I return. Most likely it will be on Monday night though.
Y’all come back now, hear? This has been a UJ presentation.
Salamat, Paalam
“Imagination is more important than knowledge. For knowledge is limited to all we now know and understand, while imagination embraces the entire world, and all there ever will be to know and understand.” — Albert Einstein