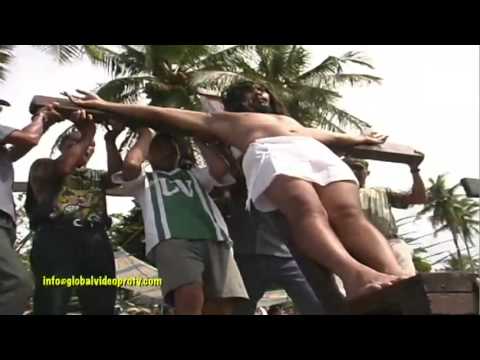 [smartads] This morning saw me greeting the day around 0730.  I forget to write down the time today.  Lita had me make a batch of pancakes again this morning.  In fact she told me to make a double batch.  She wanted to bring some pancakes to Neneng and Titing.  Of course we had the usual small pancake for Precious.  Seems she always shows up in the morning now looking for her ice candy.  I think she’s addicted.  Every morning she comes by to ask and I ask her for her peso.  If she doesn’t have a peso, and this is so cute, she opens up her pants and shows me her diaper and shakes her head No.  One day she wasn’t wearing a diaper though, she wasn’t wearing anything.  I just told her it wasn’t worth a peso yet.  Of course she has no clue what I’m talking about, but I still laughed.  I’ll tell her, no peso, no ice candy.  Go tell your Momma to give you a peso.  Sometimes she’ll leave and bring back a peso, sometimes she won’t come back at all, until the next day.  There are times though that she won’t go ask Momma, she’ll just keep trying to get that ice candy.  Lita will get a peso from the top of the refrigerator and give it to her.  She will then give it to me, and I’ll give her her ice candy.  Today when she came by, Lita wasn’t here, she was at church.  Precious asked the the ice candy, I asked for the peso and I got to see the diaper today.  But she still would not leave and I asked for the peso again.  She walked over to the refrigerator and pointed to the little money box on top.  It was too cute, so I just got a peso out, gave it to her, and she immediately went to the freezer and tapped on it.  I asked for the peso back, she gave it to me and I gave her an orange ice candy.  I told her salamat and she left with the ice candy already in her mouth.  She’s a mess, but so cute.  Oh and she got her pancake later too.

In the Philippines, during Easter, some Filipinos really show their devotion to God.  If you’re squeamish you might want to skip this video.  It made me cringe and I’m not known for that.  Jaclyn skip the video.

Yesterday morning we brought the tricycle to Judith’s house.  I told you that Poppa wanted the tricycle and it is now there.  Leo brought it over to him in the large Pepsi truck.  Victor fixed it the same day and they have already taken it for a test run.  Poppa is so happy with it.  I suggested they paint “Poppa’s Cadillac” on the back of it.  Not sure if they will, but it got a good laugh.  He even just sat in it and talked to me for awhile, while I was there yesterday.

Lita made onion rings yesterday.  That’s a good thing for losing weight.  Most people around here didn’t even know what an onion ring was.  We had a hard time getting anyone to try them.  I was complaining and saying that y’all always want me to try new food, but you won’t do it.  That didn’t really work.  The onion rings were not as good as Lita usually makes them because for the coating she used.  She used the same thing she used for the chicken.  Oh did I mention we had fried chicken yesterday also.  I think next time instead of using the coating mix they have here, I’ll just get Lita to use the flour, that would be better for me and for the onion rings too.  I still ate about 10 onion rings and 3 pieces of chicken with a little rice and a Mountain Dew.  It’s the only thing I ate yesterday, so I guess I didn’t overdo it.

Well today was Halloween.  The children here never get to go trick or treating.  Some of them didn’t even know what it was.  I told you about the candy we got, well Lita bought some more candy today.  We had to open all those bags and put the extra candy in there.  We also put some little baka chicharons in there.  That’s like pork skins, only it’s beef.  I’m the one that did all the candy giving.  I started a little past 5:30, after I ate my supper, which was my second can of beef stew.  Lita wanted me to cook some bacon, but it was still frozen and I was hungry.  Back to Halloween, at first the kids just walked into the house, with there masks on and just stood there.  I asked what they wanted.  They said candy.  I told them they were doing it wrong, but they didn’t understand.  So I told Lita, “tell them the proper procedures to follow”, but Lita didn’t understand.  I said tell them how to trick or treat and that she understood.  So they knocked on the door and said the trick or treat thing and I gave them the candy.  I started to tell them that I’ll just take the trick, but they were already confused, so I skipped that.  All the boys had the same kind of mask and outfit, a skeleton.  Faye came as a little princess and well Crystal didn’t have anything.  I gave them all 6 of them candy.  We had a little contest as to whom ever had the best costume got P5.  Faye won that, but she didn’t really want the P5, she just wanted candy.  We had to talk her into taking the money.  Of course Precious is sitting at the picnic table watching all this candy being passed out, and her hand comes out.  I walked over to her with a bag and told her, “Say Momma”, which of course is her favorite word, so she did and I gave her the candy.  She had it open and stuck one of the little suckers in her mouth before anyone else even opened theirs, all except Faye that is.  Just as soon as I handed the candy to Faye, she turned around to the bench behind her, and opened her bag right there.

After they got their candy, it was time to pass it out to the neighborhood mga bata.  I wasn’t sure how I was going to get the word out, but then I figured that if I can give out just a few, then they will advertise for me, and sure enough, I was right.  I started out giving some to 1 bata that was at the BBQ.  Then Lynn brought some of the kids from her neck of the barangay, including Vicky’s kids.  Lynn and Vicky stopped a couple of bata walking down the street so they could get theirs and after that it was easy.  I just stood there and waited for the word to get around and for them to show up.  Of course it was raining, but that didn’t stop them from coming.  I had to stand under Titing little roof of his store to keep from getting too wet.  I had about 30 bags to give out, and they all went.  When I got down to 4 bags, 3 bata showed up.  The older brother carry his baby brother on his back so he wouldn’t get wet.  I just gave them all 4 of the bags, one of them said “Thank you”, the other one said “Salamat” and they were on their way.  I just closed the gate and came in the house.  I had to change my shirt and wipe off because I was a little wet, but I was happier.  I hope all the children got some candy, but I don’t think they did.  I didn’t see our favorite ice candy customer.  I guess she didn’t get the word.

Yesterday’s post was my longest to date.  It turned out to be exactly 2400 words.  This one won’t be that long, I don’t think, but you never know with all the rambling.

We did have a brownout today.  In fact, it’s the second day in a row we had a brownout right at 12 noon.  Yesterday the brownout lasted about 55 minutes, today it was only 25 minutes.

One of the pictures I will have today is of a vulcanizing shop.  Basically they fix flats, weld and do work like a blacksmith would do.  It’s not a very good picture, but you can see the guy fixing a tire.  There are a lot of those places here.

Some of these trivia things may be repeated.  Sorry about that, but I get them from different sources and I don’t have time to read and memorize the all.  I see in this trivia they call the bicycle tricycle a pedicab.  I always thought a pedi-cab was a little truck looking thing.  Maybe I can learn some things from this too.