[smartads] I did a quick search for the Osan NCO Club, but I didn’t really find anything.  I’ll check again later.  Right now it’s 0127 and it’s time for bed.  I’m falling asleep and the keyboard keeps trying to jump up and hit me in the head.

The City of Pasay (Filipino: Lungsod ng Pasay) is one of the cities and municipalities that make up Metro Manila in the Philippines. It is bordered on the north by the country’s capital, Manila, to the northeast by Makati City, to the east by Taguig City, and Parañaque City to the south.  Pasay City was one of the original four cities of Metro Manila. Due to its proximity to Manila, it quickly became an urban town during the American Period.

The City has a total land area of 18.50 square kilometers of which 5.5050 square kilometer is the City proper, 9.5 square kilometers is being occupied by the Civil Aeronautics Administration (CAA) complex, which include the Ninoy Aquino International Airport (NAIA) and the Villamor Air Base and the rest of the reclamation area with 4.00 square kilometers. Thus, among the local government in the region, Pasay has the greater area devoted to utilities covering 51.35% of its total land area or 9.50 square kilometers. The City is known for its entertainment – business-restaurants, coffee shops, and clubs, particularly those located along Roxas Boulevard, facing Manila Bay. A large part of Metro Manila’s “tourist belt” is located in the City. Pasay is composed of seven (7) districts, divided into twenty (20) Zones, with a total of 201 Barangays. Zone 19, Covering Barangays 178 and 191, is the largest among the zones with an area of 5.10 square kilometers. Zone 1, on the other hand, is the smallest covering Barangays 1 to 3 and 14 to 17 with an area of 100,000 square meters (0.1 km².).

Okay .. time warp .. it’s straight up 0900 here in LolyKat.  I’ve been up long enough this morning to shower & shave (1st S not needed).  Since  we only have 1 bathroom I had to hurry out before I could brush my teeth and now I don’t feel like walking back in.  Besides it’s almost time to have my fried rice and coffee for breakfast.  I should wait until after that breakfast before I brush my teeth now.

I was kind of surprised that I got a post out last night.  I was sooooo tired.  I hope I didn’t make any big errors.  I’ll have to check on that later, after I get out of the store.  Lita is getting ready for church so I guess I will be in here a bit longer.  It’s okay I don’t plan to leave the store open longer than 6:00pm anyway today.  She is also going to do some shopping before she comes home.  She will have to take a turn out here before 6:00pm because I will not sit out here for 7 hours.  Jay is fixing to wash the Nissan.  That’s one of his tasks to do every week.  He seems to enjoy doing that particular task though, so that’s good. 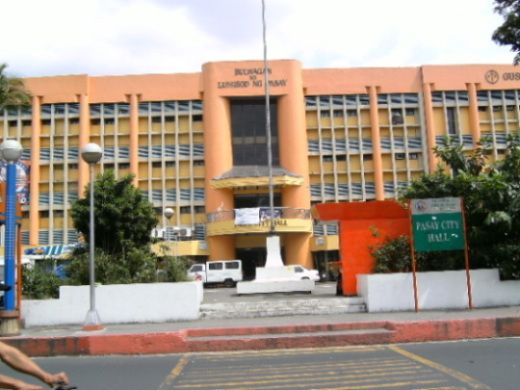 Early this morning I pulled another part of those stairs down.  It’s the last piece I can get and really all that’s left except to steps that are connect to some iron bars.  They are too high for me to reach anyway.  We’ll worry about those when we get ready to build the new stairs.

It’s starting to look like the little white van that I first identified as the Ciriaco shuttle van, actually IS the shuttle van and not the green van.  I guess it doesn’t really matter to me anyway, since it seems to be for only customers only.

Lita returned from church/shopping about 12:40pm.  She bought everything she forgot from yesterday, except 1 thing (Mentos).  Plus she added a couple of more things.  She also bought for tomorrow morning, so now she doesn’t have to get up early.  She normally gets up early because the vegetables are fresher in the early morning.  I guess she decided to go ahead and get it while the getting was good today though.  I don’t blame her for wanting to sleep a little bit longer. 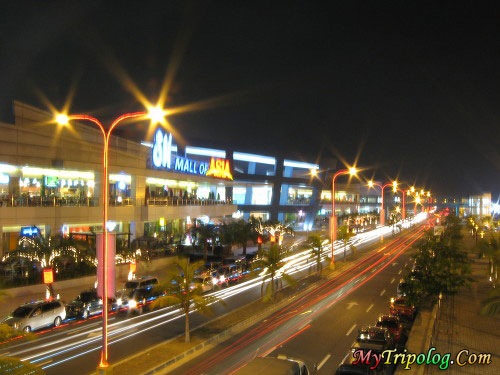 I cut up the vegetables for my chicken stew, got the stew started and then went to take a nap.  I did check for more comments on the blog before I went for that nap, but there was nothing else.

When I got up, about 1 1/2 hours later, the stew was done and I had 2 bowls of it.  It was good, but not great.  Afterwards I eat one of  those bags of bread stix that Lita bought yesterday.  I just finished that and 1/2 of a 1/2 liter of bottled tubig (water) (Premier).

It’s 5:25pm now and I’m about ready to close up and head for the computer.  I have only sold P2 worth of things in the last 45 minutes and that was to the same little boy from next door.  He made 2 trips here to buy P1 candy each time.

Ha!  Just as soon as I finished that last sentence, someone showed up to buy a Philip Morris cigarette for P2, doubling my recent income.  But it didn’t work after writing this sentence, so it’s time to close.  It’s 5:30pm. 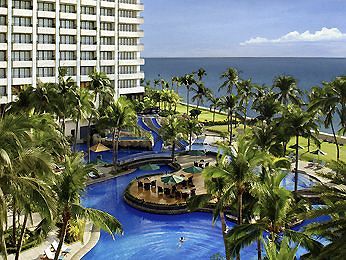 I found the portable CD player in the house.  I’ve got some headphones, but I need batteries for it.  I can get those on Wednesday.  I could get them before but I’d have to get the money from Lita.  On Wednesday I’ll have my check, and I’ll be in charge of that, totally, starting this check.  Naturally I’ll pay all the debts, save a little money and keep some for myself in case I need to go to a coffee shop or something.  I’ll give her most of the left overs.  I’m also going to put some money in my secret hiding place in the house.  She found my last one, but I doubt very seriously she’ll find this one.

She wanted me to look for ‘her’ charger for ‘her’ cell phone.  She doesn’t use it as a phone, but now that she knows she can put music on it, she wants to do that.  Of course I’ll have to do that for her.  The memory card is missing from her phone, but I’ll just get another one.  One that holds tons of information.  Anyway, after I tore half the house apart looking for the charger, she went to ask Jay and he said that Ramil borrowed it.  To top it all off, Jay had already gotten it from Ramil, and it was right there with him, in his bag.  So now the cell phone is charging.  I don’t know how much a memory card costs but I assume it should be less than P500 ($12).

That’s everything I have in my notes for today, but I do have a couple of things I’d like to add that I just wrote down.

Did I ever tell y’all that at one time, I could have bought the property where the Ciriaco is right now?  Well I could have.  In fact anybody could have.  It was for sale for P1,000,000.  I didn’t have near that amount of money though, so I had to pass.  I found out about it because on this property.   Mar had a small hardware store here.  He was renting.  We didn’t buy this property until later and didn’t find out that they were going to build that huge hotel to block my view and breeze of the ocean until after we were finished paying for it.  Oh well, it could still work out.  Sometimes I wonder what would have happened or not happened around here if I would have purchased it.

There is a plastic container in the back, by the screened in patio that everyone throws their food scraps in.  They must have an agreement with some people because they come by 2 or 3 times per week to pick up that slop to slop their pigs.  They just take the one we have and replace it with an empty one.  It’s practical and it’s free.  That’s a great combination.

Useless Knowledge:  At the end of the Beatles’ song “A Day in the Life,” an  ultra-sonic whistle audible only to dogs was recorded specially by Paul McCartney for his Shetland sheepdog. No wonder your beagle loves the Beatles!

(That link is how to make an ultra-sonic whistle)

6 thoughts on “No Club for Poor CD Charger”