[smartads] I guess I will have to go back to the Provinces until I get some more pictures.  Most of the other pictures I have are too blurry.  I really do need to get another camera.  I do have a few more pictures of Casandra, but y’all are probably tired of looking at pictures of her by now.  I’ll have more of her later, I’m sure of it.

Davao Oriental (Filipino: Silangang Dabaw) is a province of the Philippines located in the Davao Region in Mindanao. Its capital isMati and borders Compostela Valley to the west, and Agusan del Sur and Surigao del Sur to the north. Davao Oriental is the easternmost province of the country with Pusan Point as the easternmost location. The Philippine Sea, part of the Pacific Ocean, faces Davao Oriental to the east. Part of the province lies on an unnamed peninsula that encloses the Davao Gulf to the west. 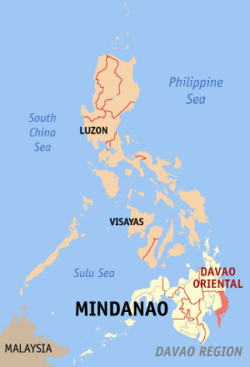 If you read the last post and if you remember, I gave the hit count at the end of it because I went to bed early.  So I don’t have a midnight hit count today.  I’ll probably have the next one at the right time though.

Sorry for being late on the last post, but I was so tired and my keyboard kept jumping up, trying to hit me in the head.  When I try to type when I’m tired, there’s no telling what will get typed.  When I use to work, I had to write a lot of things down.  Only short, easy to write things, but it was all day long.  Anyways, when I was so tired and when I wrote things down, it came out weird.  The next day or later after I woke up, after drinking several Mountain Dews, I would look at those things and see all kinds of letters and numbers that made no sense at all.  A bunch of goobly gosh.  I didn’t want to do that with the website, although I could have corrected it.  It’d be even worse than the time I tried to type up the post while I was drunk, if you have been reading awhile, you might remember that night.

This morning Lita was in the mood to eat eggs with onions.  She sent Jay down to buy 7 eggs because there would be 4 of us eating.  There is Lita, me, Jay and Angelo.  Angelo was hanging around this morning and Lita felt sorry for him, so she invited him to eat.  She does that a lot.  I had to cut up the onions, but that’s okay because I’m good at it from all the practice I get from doing it for the stew.  I found out just today that Angelo is Arnel’s brother.  Arnel the Pepsi Supervisor not Arnel the carpenter.  I wonder how many other things go on around here that I don’t know about?  Probably quite a few, but I’ll find out eventually.

Philippine Knowledge:  From 1942 to 1945, as the Southwest Pacific area commander, Douglas MacArthur organized an island-hopping offensive that resulted in the return of U.S. forces to the Philippines in October 1944.

Lita left to go to church downtown at 10:10 this morning.  I suppose she will stop by Judith’s she is done because the church is not that far from Joyous Eatery. 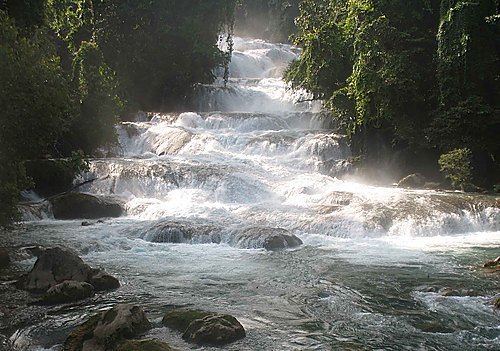 Speaking of Arnel the carpenter though, he has been around the last few days, although it’s been awhile since he’s been here.  He has been repairing the roof on Ramil’s house.  Lita informed him that when we get situated that we will be needing his services again.  I want another closet built, but a little different design on the inside than the last one.  I can see it already, I’m going to end up with the closet we have now and Lita will get the new one.  It’s okay though because the place that you hang clothes in the one we have now is not long enough to hold my big shirts, much less Lita’s dresses.  We still need 2 or 3 of those little plastic chest of drawers they have around here.

Before he does that though we will have him rebuild our gate.  It is falling apart and it is too easy for the dogs to get in.  Also when he does that we will be putting a roof over more of the patio area, including over where we park the truck.   Maybe when it comes time to build the restaurant we will be needing his services also. 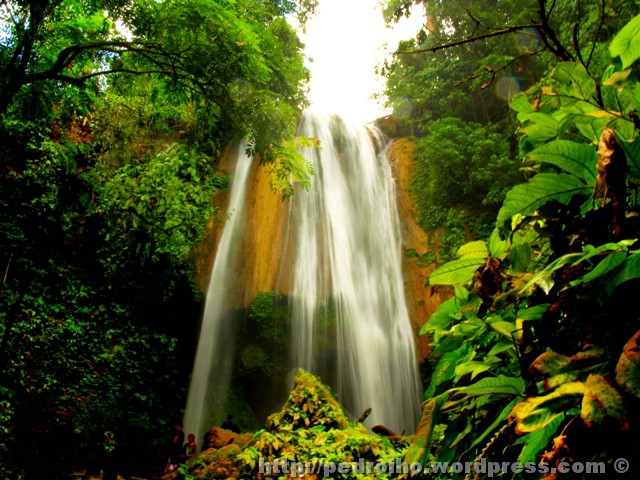 I found a new website that you can send in questions you might have about Visa’s between the Philippines and the US.  I have already put 2 stories on the website about it, but to give you a better chance to find it, their website is here.  Check it out it could be very helpful if you have questions. 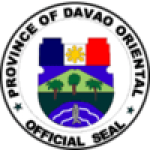 It’s 12:40pm now and Lita must be back from church, because I can hear her voice outside.  It’s hard for her to hide because she likes to talk and I can recognize her voice in a big crowd of people.  After being married for so long, that happens probably to most couples.  She can pick me out of a crowd by the way I walk, she says. 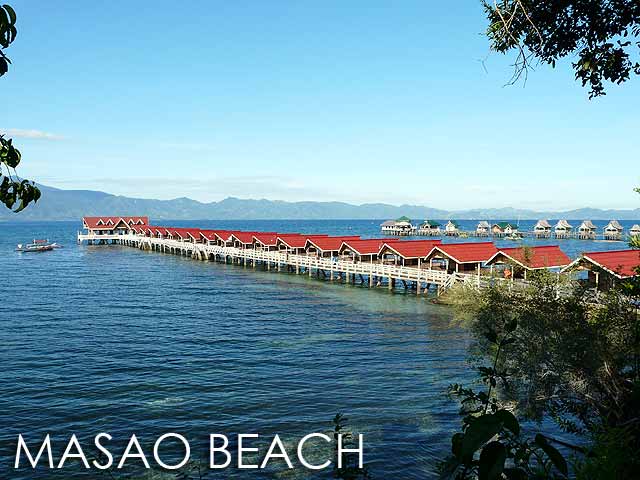 Mati is the only city in, and the capital city of, the Province of Davao Oriental, Philippines. According to the 2007 census, it has a population of 122,048 people. Residents of Mati are called Matinians .

Asian Knowledge:  Ceylon became a republic in 1972 and changed its name to Sri Lanka.

I decided to take a nap at 1:13pm, but it only ended up being a little over an hour long.  Lita woke me up at 2:25pm.  She said she was going to Monterrey Meat Shop and wanted to know if I wanted to go, or if I wanted something from there.  Well I didn’t want to go, but when she asked me if I wanted some chips, I said, “Sure, I’ll eat them”.  The entire trip down there an back and including shopping, only takes about 20 minutes, so decided it wasn’t worth it.  If I’m going somewhere, I’d like for it to be for a bit longer. 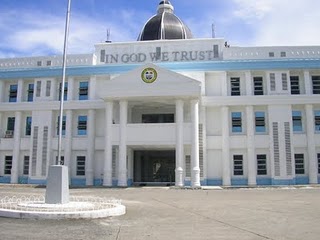 Speaking of taking a trip, I have been in contact with Gary.  I found out that there is a sausage shop in Angeles City that is very good.  Gary recommends the Italian sausage.  I looked them on in the net and they also have lunch meat and the bread to make a decent sized sandwich.  Oh yeah, those people will be getting some of my money.  Their web site is here in case you want to check it out.  I’ve had American style sandwiches on my brain for the past 2 weeks, everyday, so this looks really good to me.  I hope they are stocked up on roast beef, ham, salami and sausage and that bread, because I’m going to bring about P3000 to spend there, at least.  I think that any of the other relatives with me might buy something also.  That place will probably get about a P5000 visit out of us all together. 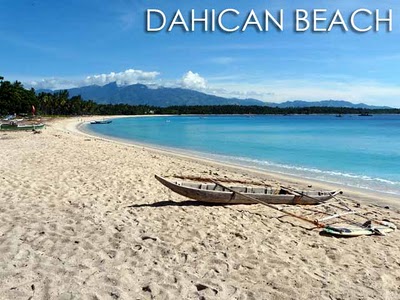 Lita cooked chicken adobo again tonight, but I ate it all, so y’all can’t have any.  Angelo was asking Lita how she made her adobo because her’s a different than how others make theirs.  Her’s is different because she has adjusted to making it the way I like it.  I personally don’t understand why everyone wouldn’t like it the way I do.

Lita also made me drink some more Red Horse, but I still love her anyway.

I never did shave today and when the day started, I had every intention of doing that.  The day is not over, maybe I’ll do it yet. 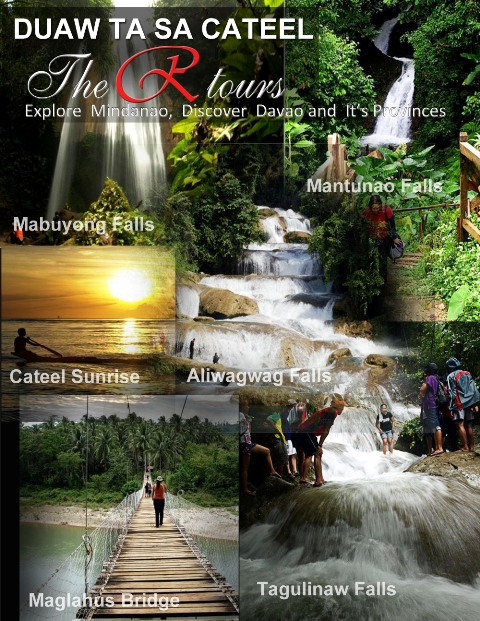 At about 9:20 it started raining .  Not storming, but it was coming down pretty good.  Hopefully it will make it feel better outside afterwards.

Well about 9:50 it started raining hard, with thunder.  I’m not sure if there is lightning because I can’t see through the window when it is closed because we have jalousie windows.

It’s 10:31pm now and I’m at the end of my notes for tonight.  I will wait about another hour and just type in anything else that happens up to midnight. 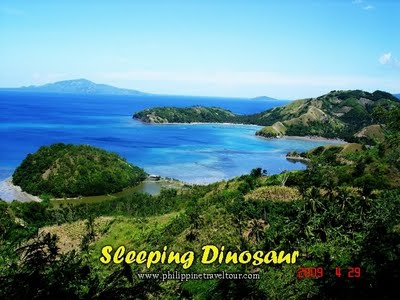 Lita was asking about her cousin that may be moving here next month.  I haven’t heard anything from them, but I expect to soon.  They should be letting us know some time this month as to whether or not they will be moving here.  They have a house to sell in California and they have it sold, but the paperwork is not complete yet.  They are hoping that it doesn’t fall through.  They’ve been trying to sell the house for several years.

At 11:00pm I started putting the pictures in because I was scared that the Internet would go down.  It’s still raining hard with the thunder and now I see the lightning.

1898 -The capital of the fledgling Philippine Republic moves from Bacoor, Cavite to Malolos, Bulacan five  months before the outbreak of the Filipino-American War (1899-1914) and a month after the  infamous Mock Battle of Manila  made it crystal clear to President Emilio Aguinaldo y Famy that his American “allies” had intended to steal and not honor Philippine Independence; that same day,  Gen. Pantaleon Garcia is provoked by American  forcesreconnoitering the vicinity of Sampalok, as Aguinaldo receives a letter from Howard Bray informing him that that Gen. Merritt of the (emerging) imperialist Bald Eagle nation has supposedly intimated to him that the Filipino Revolutionary Government should occupy Visayas and Mindanao.____ – Spanish troops under 2nd Lt. Antonio Carpio in  Aritao, Nueva Vizcaya surrender to the Filipino forces under Major Delfin Esquibel despite the Peace Protocol and the infamousMock Battle of Manila  concluded nearly a month earlier when the Americans falsely made it appear that they were the ones that overcame–instead of the Filipino revolutionaries–the defenders of the Spanish seat of colonial power in the Philippines; the development came even as the imperialist Americans continue to move towards the occupation of the Philippines after conning Gen. Emilio Aguinaldo y Famy into militarily cooperating to fight colonial Spain, with several Bald Eagle diplomats and military officers making verbal promises of honoring Philippine Independence.

1861 – Colonial Spain issues a Royal Decree ordering  Filipino priests to relinquish their parishes to the  Recollect friars; the decree will lead to Filipinos’  discontent over racial discrimination in the clergy,  eventually resulting to the secularization movement  initially began by Spanish-Filipino Fr. Pedro S. Pelaez (1812-1863), which was thereafter met by oppressive crackdowns by  the Spanish friars/authorities.  1967 – Fidel A. Reyes, Filipino journalist who authored the scathing El Renacimiento editorial  “Aves de Rapina” attacking the colonial American Interior Secretary, dies at the old age of 89;  appearing in the October 30, 1908 editorial of the anti-American daily, El Renacimiento, “Aves de  Rapina” criticized Dean C. Worcester for having “the characteristics of the vulture, the owl, and the vampire,” referring to his alleged use of public money to finance his prospecting of gold in the Benguet  mountains for personal profit.