[smartads] Useless Knowledge:  Mark Twain invented a board game similar to Trivial Pursuit. He called it Mark Twain’s Memory-Builder.  (Maybe that’s where they got the idea from)

From looking at my notes this looks like it’s going to be a long post.  That good though, right?  Even the notes for the next post look like it’s going to be long, but not quite as long as this one.  So if this one looks like it will be too long, I’ll transfer a couple of things to the next post.  I’ll let you know which ones I transfer because I want you to know and because it will take up more space by typing to you which ones they are, thus getting more words on the post. 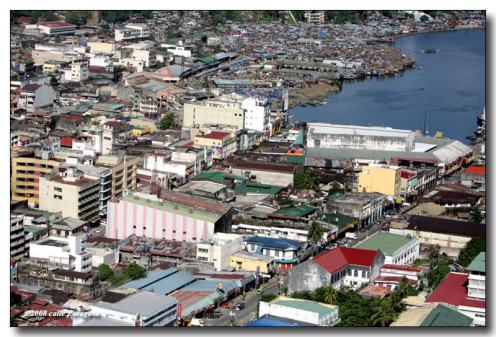 It was almost 10:00 when I finally go out of bed.  Lita reminded me that she bought a new loaf of bread yesterday.  The last one got mold infested.  I’m going to start putting the bread in the refrigerator after it’s been opened.  I eat lots of bread on spurts.  I’ll eat a lot at one time, then go for days before even having 1 slice.  This causes the bread to sit too long and get moldy, because hardly anyone else eats it. 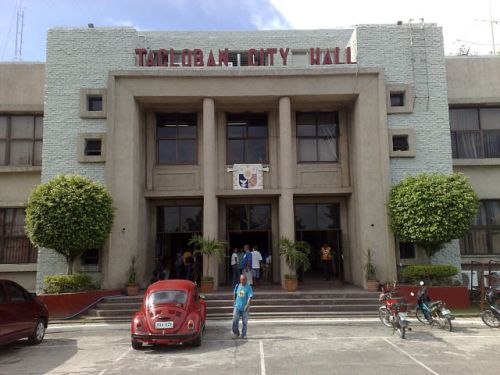 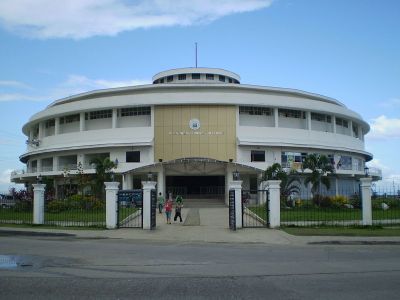 I made Lita a PB&J sandwich, then made a couple more for myself.  She also wanted some vitamin C, so she asked me to squeeze a few kalamansis (small Filipino limes) into about a 1/2 cup of water.  She wanted me to squeeze in about 12 of them, but I stopped after 7 to let her taste it.  Turns out it was plenty.  She got the bitter look on her face when she tasted it and was glad that I decided to stop. 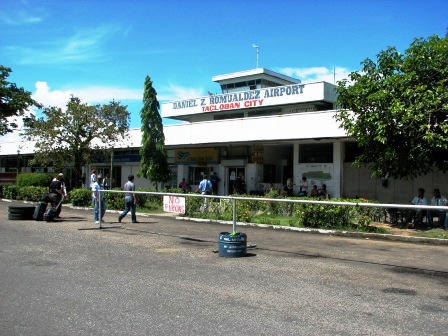 This is the airport that we use the most.  Whether coming to or leaving from the Philippines, we always go through this airport.

I was learning new things for the blog today.  First I learned how to put an advertisement on Facebook.  I put one about hypnosis on there.  Do you think I should add one to this site also?  The next thing I learned was how to put ads, not just links, on this website.  I put 2 of them on there to start with.  One at the bottom of the left column and the other at the bottom of the right column.  I don’t want them to be in way of y’all.  No special reason I choice those 2 things to put on there.  It was just a couple of things I pulled out of the sky.  The writing in the “red” is mine, I made that up for the ad.  Good or stupid? 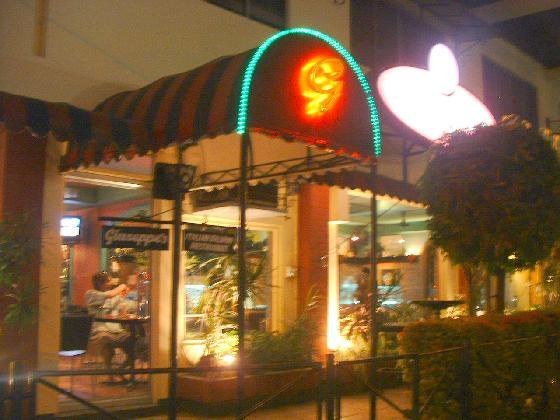 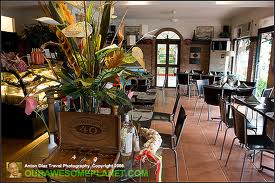 I’m going to take a short break and eat some more of that yummy pineapple  Lita had J buy 10 more of them this morning.  They are only individual sized pineapples, about the size of a large grapefruit, but they only cost P5 each. 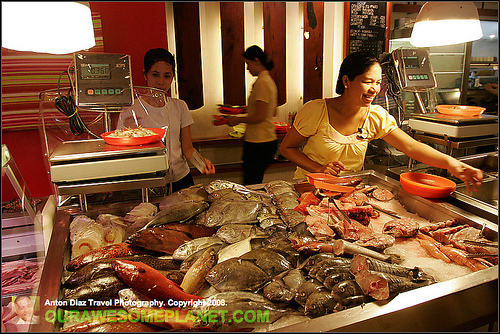 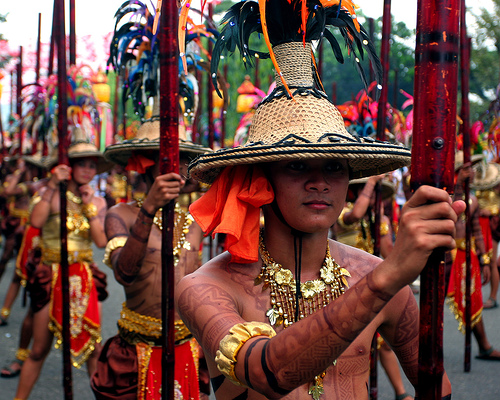 Yum!  Yum!  —  I’m back.  I took 5 slices out of the refrigerator, but I only ate 4.  I gave the last slice to Emey.  He and the … hang on a minute.  Okay!  Emey, Ramil and Titing are out there drinking and I just had to go out to ask Emey if I have been spelling his nickname correctly.  I have not.  The correct way is “Emei”, so I was really close.  I’m going to try to remember to spell it Emei from now on.  It’s only a nickname, so I guess it really doesn’t matter how I spell it, but that’s the way he says, so it’s okay with me.  I don’t know his real name though.  Okay, back to the story.  He and the rest of the Pepsi workers stopping by on a break.  They always take their breaks here.  They buy a little something to eat and get a drink. 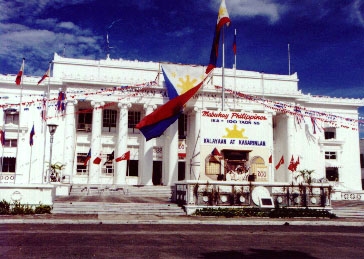 Something interesting that I just noticed today is that we sell the security guards at the Ciriaco across the street 1 to 1 1/2 liters of cold water for only P1.  For everyone else we sell a little baggie, about 1/4 of a liter for P1.  I suppose that they are just trying to keep the guards happy.  When it’s the middle of the night the can help watch our front gate.  We also give them free coffee when the come ask for it.  Occasionally someone will take a cup over to the guard even if they don’t ask for it.  I think we should do that every night.  Of course the Ciriaco is their first priority, but it doesn’t hurt to have them on our side when things are slow over there.  The do carry guns, so that should also helps deter any mischief.

I need to go shave.  Be right back. 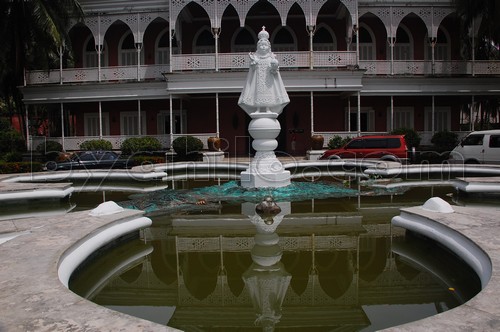 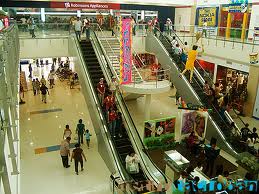 Well that took a little longer than I expected.  I hope you didn’t get bored waiting.  After I shaved I went to show my guwapo (handsome) face to my asawa (wife/spouse).  She was talking to a Filipino guy who lives in Washington DC.  He is here in the Philippines on a personal matter for the next 3 months and he is a photographer.  Well it’s his hobby, he does have a regular job.  He mentioned his pictures and I, of course, volunteered to help get people to his site by placing some of his pictures on this website and referencing his site.  You will be seeing some of his pictures, starting next post, by there are 2 websites that he has pictures at.  The 2 websites are: www.treklens.com  and  www.trekearth.com.  His name is Danilo Martinez so when you get there just do a search on his name.  Actually I’ve done this already and it’s a little tricky to get to them so here are the actual locations if we just want to go straight to them.

These are public web pages, not his, because he doesn’t have one yet.  These sites give viewers the option to critique the pictures, so please give your honest opinion when/if you critique, even if you hate it.  He really wants to know what you think. I like his pictures.  He is still learning, but he enjoys it so that will make it easier to learn.

I made a webpage for Arnel so he could put those pictures he was talking about last post, on there.  He said he had lots of pictures to put on there.  Next time I see him, I’ll ask him his progress.

It’s 4:40pm now.  I just got the fan back from LolyKat.  Cathy and all her bata are up front eating.  Precious and Casandra are both in good spirits at the moment.  They are laughing and smiling and not a crying sound within earshot.

All of you readers out there that have been around for awhile.  Do you remember when I use to put that Top Bog stat in here all the time?  Remember it was always in the 3 and 4 hundreds and it got down in the 2 90’s once?  Well I just check it today and it was sitting at #77.  The other 2 sites had similar improvements also.  Top of Blogs was at #141 and Blog Top Sites was at #154.  All of them way higher than before.  Of course that is all thanks to all y’all out there reading and exploring this website.  I could not and would not happen without you.  Thanks a lot for that. 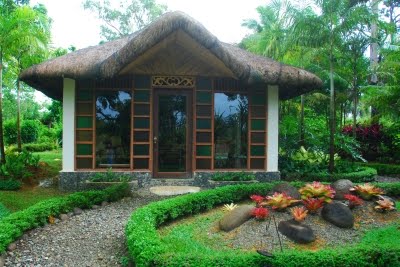 Of course all that is just for the Personal blogs, not overall, but there over a thousand personal blogs at each of these sites, so that’s not bad at all.   (I just went to check … there are 1345 personal blogs at Top Blogs at the moment, so that puts this blog with in the top 6% AND when I checked it was at #70 now).  I’m still shooting for #1 and before I never believed I’d have a chance, but now I’m beginning to think it’s possible.  I still think that getting to this high point and the blog being only ‘almost’ 11 months old, is pretty darn good.  I started back in August 2010, on the 19th I believe.  I’d have to double check to be sure. 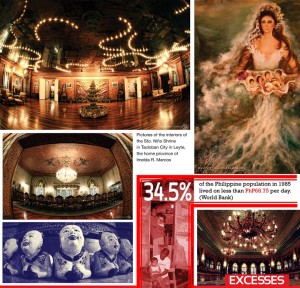 Tacloban – Inside the Santo Nino Shrine

The blog started out as [email protected] until Mindanao Bob pointed me in the right direction.  He’s helped me over a few bumps along the way.  I’ve been trying to learn most of it on my won.  It’s a tough nut to crack, but I think I’m starting to weaken that nut.  With y’all’s help, we’ll crack that nut wide open.  Dang it!  Around 6:40pm we had a power glitch and I lost the Internet.  I’ll keep taking notes in the mean time though. 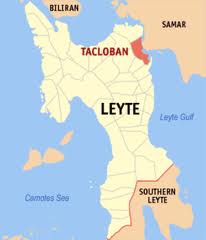 Ado has a tour gig tomorrow morning.  He will be guiding Mr. Danilo Martinez (the photographer) to see some of the waterfalls, caves and beaches in the Calbayog area so he can take some pictures.  I hope all goes well.  It should Ado is very knowledgeable of the area.

I checked the Internet at 7:25pm and it was back up, but I couldn’t tell you how long.  I was out front listening to everyone talk.  At 8:50 tonight my 2 favorites show come on back to back.  NCIS first and then Criminal Minds right after.  You probably saw that the post was late yesterday because I didn’t get it out until early Sunday. 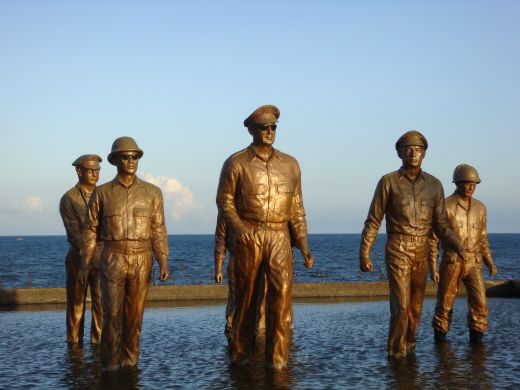 Useless Knowledge:  Queen Victoria’s physicians prescribed marijuana to relieve her menstrual cramps.  (A lot of women these days wish they had a doctor that would do that for them)

1900 – Philippine President Emilio Aguinaldo y Famy orders guerilla  officers to set aside the days between September 15 and 24 for a  general offensive against the invading United States forces, one  year and five (5) months into the bloody  Philippine-American War (1899-1914); two days  short of a year earlier, Aguinaldo stupidly directed his soldiers  “not to interfere” with the American forces entering the Southeast Asian  archipelago after officers of the emerging imperialist nation led by then-Admiral George Dewey forged an alliance with him against colonial Spain during the concurrent (second phase of the) Philippine Revolution and Spanish-American War, deceptively promising him that the Bald Eagle nation would honor Filipino independence; the decision to allow the free entry of the US soldier into the archipelago would prove to be a most stupid military decision, enabling the vile Americans to position themselves to steal Philippine independence–staging the infamous Mock Battle of Manila that falsely showed to the world that  the Americans instead of the Filipinos defeated the Spaniards in the Philippines as supposed basis for the  ridiculous December 1898 Treaty of Paris that ‘ceded’ the former Spanish colony to the US.