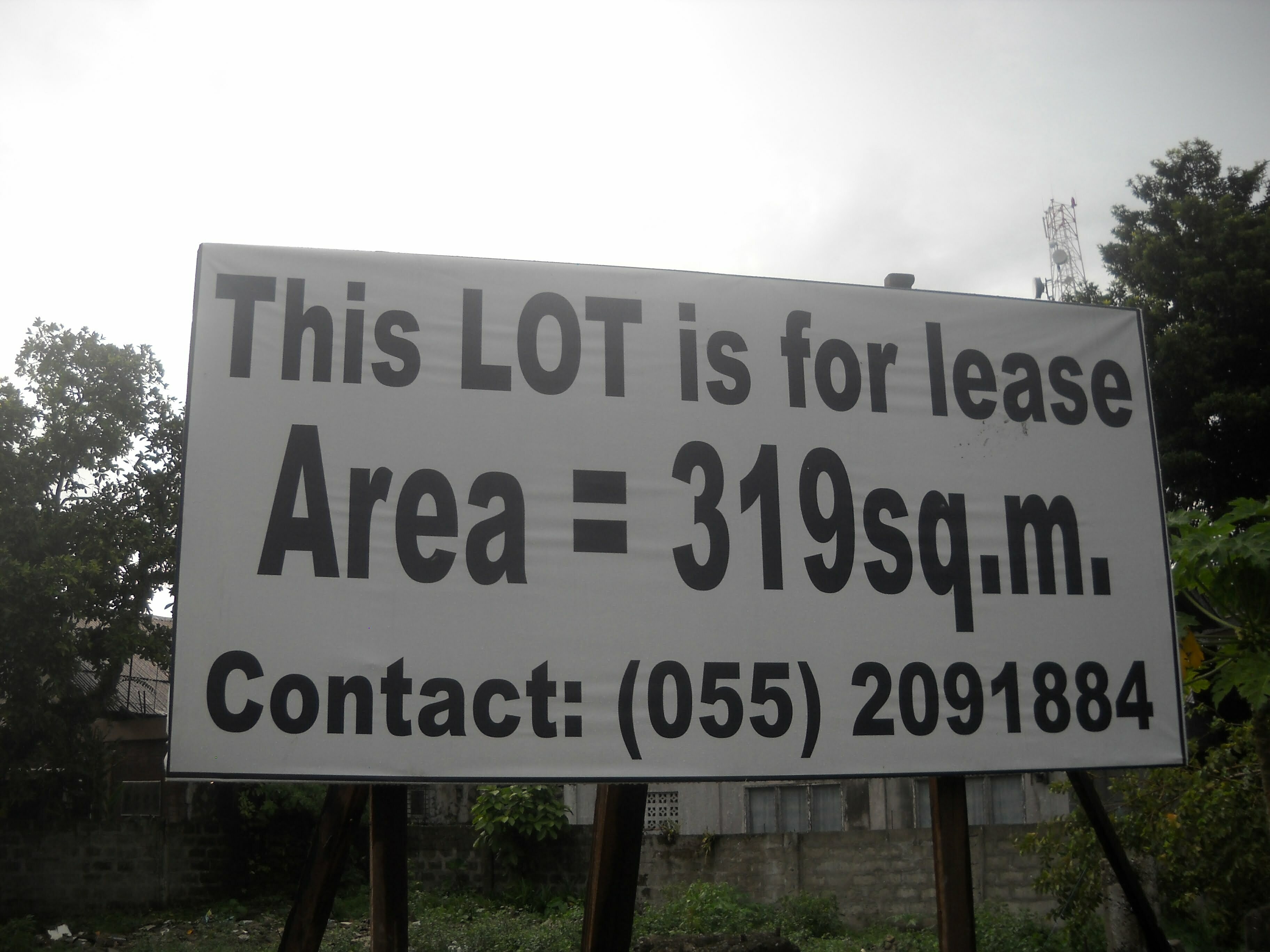 While I was at the part at Mar’s house last Saturday, celebrating the Sarakiki-Hadang Festival Calbayog City Proper, I noticed that the house where Judith, Victor, Juvic, Grace and Poppa were living is now gone.  I guess the owner lady is really ready to do something with the property this time around.  She almost did something a couple of times before this past time, but she went all out now.  The house and the Joyous Eatery are completely gone.  The property is now for lease.  So if you need some property here to build something on, maybe you would be interested.

Monday, September 10th was Juvic’s 21st birthday.  She didn’t do much to celebrate, but her Ante Loly (Lita) made a huge pot of one of her favorite foods, spaghetti.  There was enough for everyone in the compound to eat and leftovers for the next day for a few more of us.  Notice I said, “us”.  That means that I got some of the leftovers.  I didn’t really eat that much though.  I had 1 bowl Monday night and then 1 more bowl on Tuesday night.  They are decent sized bowls, but normally I would eat 2 or even 3 bowls of spaghetti when we have it.  I’m trying to do what I can to lose a little bit of weight, even though I still haven’t gotten around to doing any exercise yet.  I believe that Juvic also got some money from Lita.  I think she told me she was going to give her some, but I’m not sure of the amount or even if she actually gave her some.  She probably did, or at least promised her some when we get the next checks.

Yeah, I said “checks”.  Remember that in addition to getting my retirement check, we now get Lita’s social security.  Lita doesn’t want me to say how much her social security is, so I’ll just say that it has increased our incoming money amount by a little over 30% per month.  We have only got 5 bills left, 6 counting the Nissan, so when they are paid off, we will have more money to do with what we want to, not what we have to.  Still we will need to try to save, just in case, but it will be a little bit easier now and looking like even easier later.

If you remember, I told you that I have been scheduling  some of the older posts to re-post to make sure that more people get an opportunity to read them.  I try to schedule at least 4 or 5 things per week.  I also have been putting in some new posts for the Quick Quirks under my Misc Category.   I also received a new story from a loyal reader, Rick Smith.  I guess he read my request for y’all to send me something to post.  It’s just a short little story about some time spent in downtown Calbayog City on no particular morning, but an account of a typical trip for him.  That one is schedule to be posted on Thursday morning (the 13th).  This post prompted me to make a whole new category for my “Guest Authors“.  I’ve only got 2 names in there for now, but I hope that someone out there reading will feel compelled to send me something.  Don’t worry about the grammar and spelling, I’ll correct it all, well all the spelling and most or all of the grammar, before I actually post it.

We had to sets of lottery numbers for the 6/55 lottery this past Monday, but we didn’t win anything.  I think Lita told me we only had 1 number out of both sets combined.  It’s the first time we have played the lottery for quite awhile.  We do not have any better luck here than we did in the US.  Curiously though, the first time I played in Texas, I won ($103) and the first time I played here, I won (P100).  I think that the lottery gods were just trying to suck me in.  If they are going to do that they, they are going to have to through me a bone a little more often than they have been doing.

Up until Monday night, we had not had a brown out in about 2 weeks.  That all changed at 7:38pm that night though.  The brown out lasted 36 minutes, until 8:14pm.  We are due another ‘scheduled’ brown out this coming Sunday.  It is scheduled for 6am-6pm again.  I found on Samelco’s Facebook page, a list of all the scheduled brown outs for the rest of the year.  I marked the calendar for every one of those days.  After this one on Sunday (the 16th), we have 2 more in November and 2 more in December.  I hope they come out with a similar list at the beginning of next year so I can write those down too.  If I know they are coming, I can plan for them and it makes it slightly easier.  Since the weather is not a factor, maybe we can schedule a trip to the beach on one of those outage days.

Titing has an alarm on his new tricycle and he likes to make the alarm go off.  He does it just to hear it.  I told him that in the United States that so many people have those alarms and they go off so often, that normally no one even pays much attention to them.  Since it is relatively new around here, it’s still a novelty, so people turn to look when it goes off.  If he plays with it too much, then people may just start thinking he is playing with it again and stop paying attention.  I failed to mention that scenario to him, but I think I will tomorrow when I see him.

As you may know, I’ve been complaining about my computer being slow again.  I used the AVG PC Tune-Up program (the one time use thing) to check the computer out to see what can be deleted and it came up with a lot.  I ran that, then I did a disk clean and finally a fragmentation on the one of my hard drives that it said needed it, and now the systems runs better.  It’s still not as fast as it should be though.  I think that if I am able to afford a new mother board with a faster processor, I should do that.  My priority right now though is a new power supply (to 220V) and a new surge protector (mine is still failing to suppress some of the surges).  Hopefully things will work out and I should have most or even all of it resolved by the end of this month.

Technology is just a tool. In terms of getting the kids working together and motivating them, the teacher is the most important.
Bill Gates