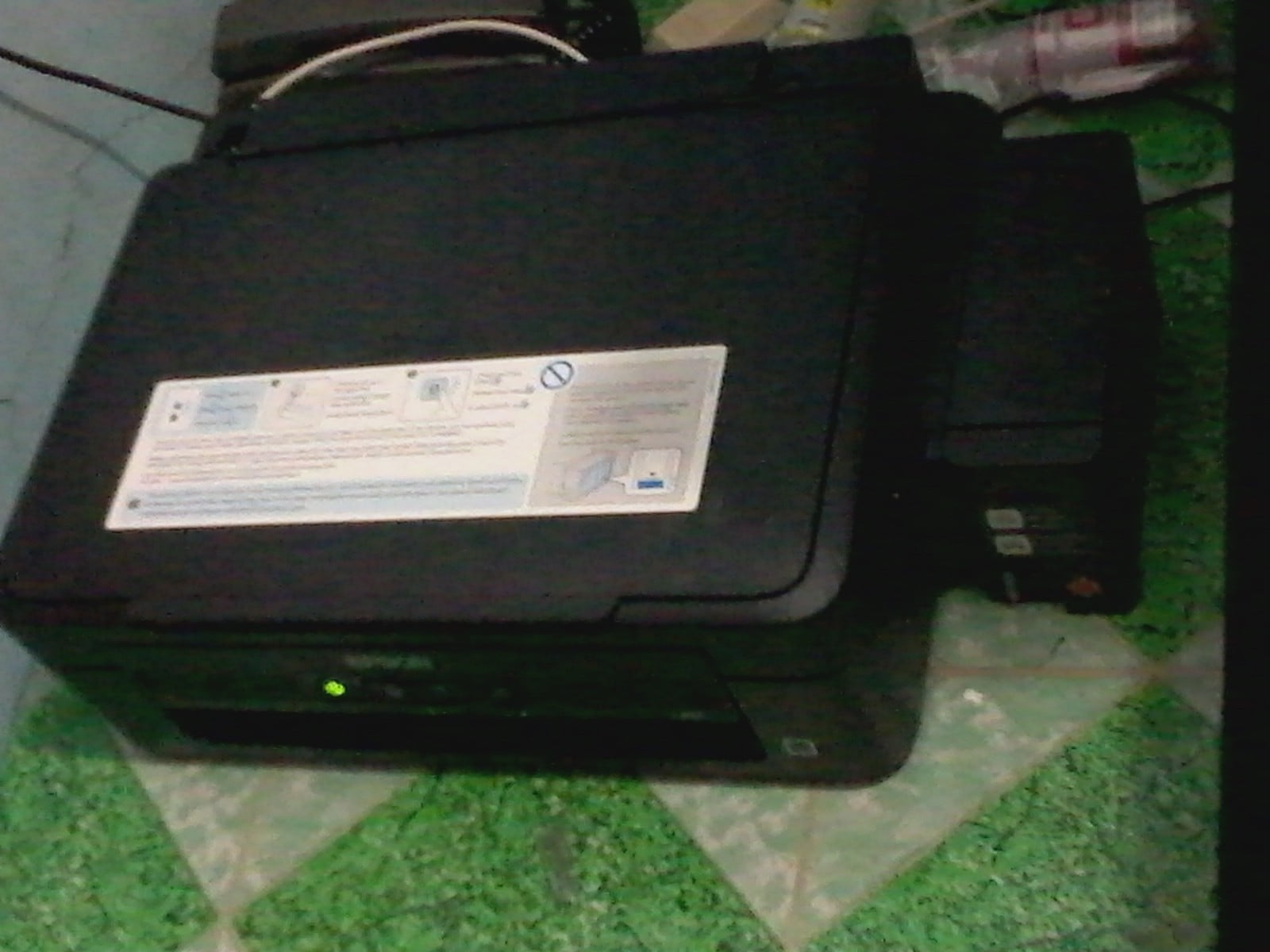 When I left off at the previous post I was explaining how I finally got something that I’ve been wanting and needing for the last 5 years.  That’s the entire time that my wife and I have been here.  We arrived in the Philippines on 19 May 2010.  So exactly 5 years and 1 week later, I finally got what I’ve been saying I’m going to get, complaining that I don’t have one and procrastinating about actually getting one.  That is, of course, a printer.  It is an Epson L210/L350.  It’s an all-in-on printer/scanner/copier.  It is my first Epson printer and also the first printer I’ve had that has refillable tanks with no cartridges.  Cousin Mar volunteered to purchase the printer for me, on his wife’s credit card.  Yes she was there also.  They got it on a 90 day payment plan, no interest.  They purchased it in Cebu while they were there.  I’m very thankful to them for doing that.  Now I can get a few things done that I have not been able to do, mostly scanning for right now.  Total price was P8,125 and, as I said, no interest, so I will just pay them back that amount over a 3 month period, or about P2708 per month.  I hope to pay it off in 2 months, and will try, but things just always seem to pop up to pay.  Before the end of the year though, we will have a little bit more money to spend.  Not much, but at least it will be something more.  I’ve got this printer all set up and configured, but I’ll start all the scanning tomorrow.  I’ll also buy a ream or two of printer paper when the next payday rolls around.

This morning, after having my usual breakfast of pandesal with peanut butter and banana, coffee and water, I started the long process of scanning the documents, pamphlets and other bits of paper I collected on our last trip to the US.  It’s all information for travelling on military Space A flights.  I collected information for each base that I went through and even any information I could find for other bases there.  I probably have about 100 different things to scan, so I’m going to spread it out for 4 or 5 days. Combined with the biggest majority of things that I have found/will find on the internet and also combined with my current Space A blog, I hope to have the largest collection of Space A information ever collected and assembled.  I’m not sure how I will incorporate the current blog with the newer information yet, because I don’t want to add it on (I don’t think), it might make the current blog look like it’s too much when viewers see it.  I’m thinking of making a link to a new blog, where all this new information will be compiled.

Also today I walked downtown.  It sure was hot and humid.  That heat index must have been close to 100°F.  I walked to Mercury Drug on Magsaysay and by the time I got there my shirt, that I just put on clean, was soaked with sweat.  After getting my drugs, I walked to JustMar.  One of the reasons I was there was to buy deodorant so I’m guessing that I wasn’t smelling too good at the time either.  I took a trike home.  I just couldn’t stand to walk much further and I never would have made it all the way home because I probably would have drown in my own sweat before getting there.  I did notice a new barbershop though.  It’s on the highway and pretty close to my old barbershop (3R).  I didn’t have my camera and my memory sucks, but I think the name of it is Rob Roy (something like that anyway).  I need a haircut so maybe I’ll give that one a try next time.  It looked a little larger than 3R and the haircut price was the same (P30).  A shave is the same too (P30) although I normally do not get a shave from a barber.  Oh, they do not sell Ensure at JustMar.  For Lita, not me.  I’ve never tasted it, although Lita tells me it’s pretty good and Poppa likes it also.

Last item for this post.  Victor’s niece that is here, I found out the correct spelling of her name and nickname.  Her name is Norphe and her nickname is Lalang. I was right about the age, but I got that straight from her, so I figured it was right.  She’s a nice girl and as long as she doesn’t get homesick, I think she’ll work out fine here. I tried to get a picture of her, but she seems to be camera shy, except when there is not a camera around.  It’s okay, I’ll get one sooner or later.  Chatty was the same way before too, but she finally got over that camera shyness.

While going through the bag I had all my Space A information in, I came across a couple of memories that I put in the bag from my mom’s house.  It was hard to believe that those 2 things were so long ago.  Time is a funny thing sometimes.  Also we had a few family members involved in an accident.  I’ll tell you something about that next time also.  Not everything about it, but the basic details anyway.

7 thoughts on “Scanning and Sweating”