Skip to content
[smartads] I think that the comment made about being “dark on the outside and white on the inside” is a good thing, not a bad one.  I would also add in there “sweet”.

An awesome fact I didn’t know:  I guess there is a reason why the rest of the country can’t do the same thing?

Makati City, one of the business centers of the Philippines, is one of the best cities to live in the country. The city’s Makati Central Business District is home to the country’s tallest office buildings, first-rate hotels, and enormous shopping malls. Citizens of Makati are amongst the most privilege in the country because they get free hospitalization in the city’s government hospital using the city-issued “Yellow Card.” Public education is completely free in the city and children are given complete school supplies. Free movies and birthday cakes are given to the city’s Senior citizens.

Useless Knowledge:  The British royal family changed their last name to Windsor from Saxe-Coburg-Gotha during World War I so as not to appear pro-German. They have never changed it back. 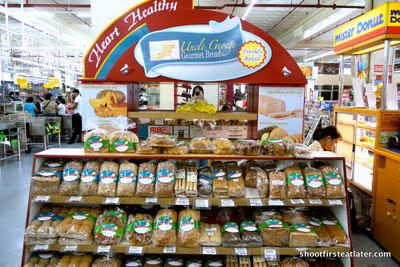 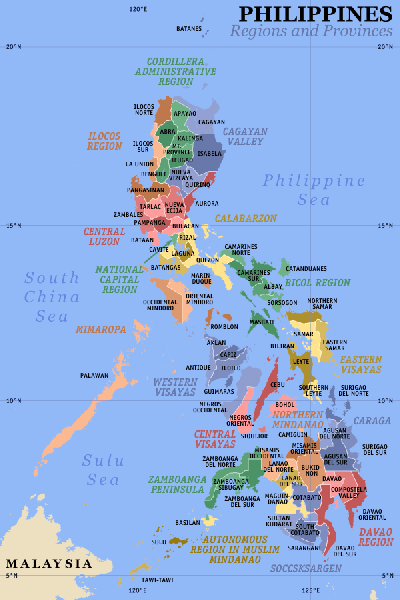 Arnel told me that he looked up “Calbayog Pepsi” on the Internet and he saw lots of pictures of people he recognized, including himself.  The first person he asked about it was me.  I raised my hand and said, “Guilty, it was me”.  He said he was wondering how I got them on there.  I told him I didn’t.  The pictures got there because they are pictures that I have on this website.  He has a lot of pictures on his camera’s memory card and he wants to put them on the computer also.  He’s a cool dude, so I’ll show him how.  He said he’d be back on Sunday, maybe Saturday.  Hey, I’ll be here. 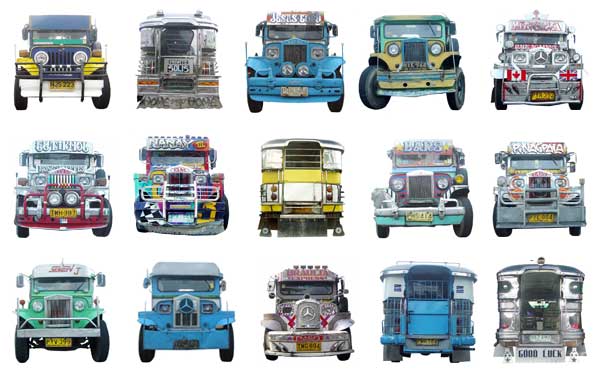 Lita just handed me 5 ears of cooked corn in a little bowl.  She said, “Here, eat this”.  Okay, at least she remembered to add in for me to save her some.  The corn is still in the husk, but it looks funny.  The ends of them are all cut off and they are all even.  They are still too hot to open right now.

Lita told me she was going to take a shower.  I said, “Well I didn’t want to say anything, but …”  Next thing I know the keyboard is getting closer to my head, but the keyboard ain’t moving.  It’s all cool though.  We mess with each other like this often.  I’m sure it part of the equation that adds up to us being married for 31 years, 3 months and 1 day. 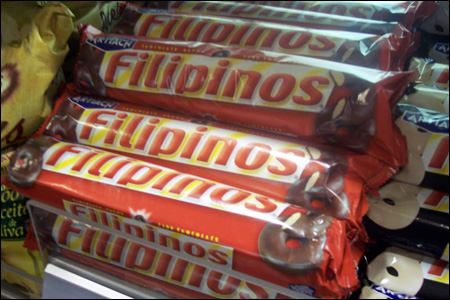 Earlier today I ate the last of the ham that I bought at Monterrey Meat Shop the other day.  It’s lunch meat and it tastes okay, nothing special.  I suppose today is one of those days when I won’t eat very much, because I’m not in the mood to cook anything.  It is 6:40pm now and it’s too late to start my soup.  I’m not that hungry anyway.  I’ll just drink some Red Pepsi and a Mountain Dew or two and I’ll be good for the long run.  Tomorrow I will be making soup though.  I don’t have any carrots today anyway. 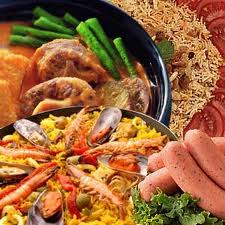 Useless Knowledge:  The iris of the human eye provides better personal identification than a fingerprint. A scan of the iris reveals 256 different characteristics. A fingerprint has only 40. So here’s looking at you!  (Hence the optical scanners) 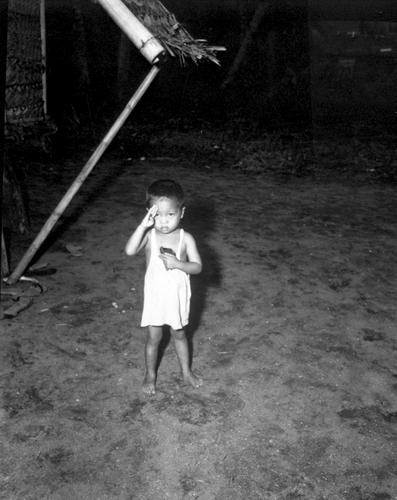 In Tacloban, and Lita still wants to go, I will be getting plenty of cans of tomatoes, several bottle of tabasco sauce, some bottles of BBQ sauce and steak sauce.  No steak here, but I like to put it on potatoes and chicken.  Probably a few other things, but that is the bulk of what will keep me happy for awhile.  If they have seasoned salt, I’ll be getting that.  My plan is to slowly go down each aisle at the Robinson Supermarket and get only the things I absolutely want … I mean need.  Things that are not here, is all that I need to get there. 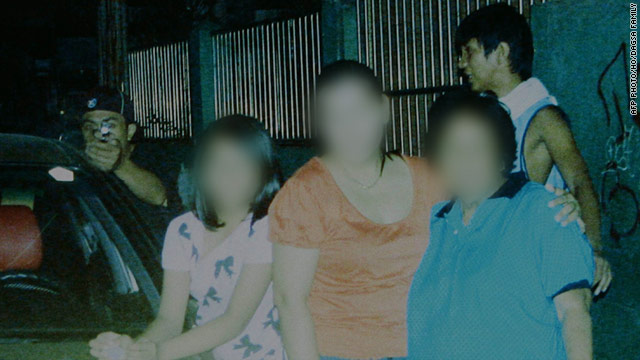 Remember I posted this story on this website back in January, but this is the first time I’ve seen the picture.

No matter that we lock the gate at night, some dogs still get in.  Some of them find a way through the rickety gate and at least one of them can jump over it.  The gate is about 67 or 68 inches high, so that’s a heck of a jump for a little dog.  I was talking with her about that whole fence, including the gate, just last night.  We decided that just as soon as we can, we will replaced the whole thing with a higher, more people friendly gate.  I suggested about 8 feet tall with a hole about 1/2 way up where you can stick your hand in to lock/unlock the gate.  That way people coming in after 11:00pm, won’t have to bother J while he is sleeping.  I told Lita that if any of those dogs can jump over an 8 foot fence, we’re going to keep it.  We might be able to get it in a circus or something. 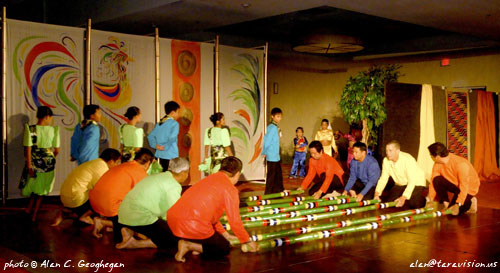 Who is the Filipino

I also suggested that we make a trash bin.  One like we had in Texas.  In Texas we had one about 6 inches off the ground and you could place 4 large trash cans in there.  I wonder if we actually put trash cans out there and just brought out bagged trash to put in there, would that work?  Would someone take the trash cans?  I’m just trying to find a way to keep from the trash collecting at the bottom of the stairs while we’re waiting to bring it “to the curb” so to speak.  The trash bin would keep the dogs for savaging in and urinating on the trash.

Okay I did get a little hungry later and tried a couple of sandwiches of “Crispy” peanut butter.  Lita bought that instead of the usual smooth or chunky style.  This one was okay.  It’s a bit sweet and it tastes like someone mix some Rice Krispies in there.  It was unusual, but not too bad.  I’d still prefer the chunky or regular smooth flavors. 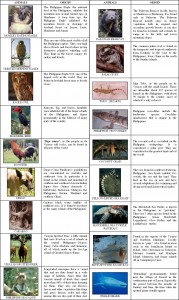 Useless Knowledge:  The Chinese invented eyeglasses. Marco Polo reported seeing many pairs worn by the Chinese as early as 1275-500 years before lens grinding became an art in the West.

1898 – Imperialist United States Gen. Thomas M. Anderson communicates from the Philippines to the  Adjutant-General in Washington, D.C. that he foresees a  possible conflict with Filipino forces, some three months after the Americans forged an ‘alliance’ with the Filipinos during (the second phase of) the Philippine ‘Himagsikan’ against Spain; the communication of Anderson, designated commander of the US land forces in the Southeast Asian archipelago during the rather concurrent Spanish-American War, comes only three days after he had been informed by Philippine President Gen. Emilio Aguinaldo y Famy that the latter has acceded to Anderson’s  request, ordering  his soldiers “not to  interfere” with the American forces who have been entering the country supposedly as part of the US efforts against Spain; Commodore George Dewey had earlier met with Aguinaldo to strike an alliance, deceptively assuring the then-revolutionary leader that America is intends to honor Philippine independence as Anderson later professed his nation’s sympathy with Filipinos;  by August, the US and Spain will vilely stage the infamous Mock Battle of Manila that falsely showed to the world that  the Americans instead of the Filipinos defeated the Spaniards in the Philippines; in five months’ time, the Treaty of Paris will be signed, with the virtually ousted-by-Filipinos Spain ridiculously ‘ceding’ the Philippines to the Bald Eagle nation for $20,000,000 US, and on February 4, 1899, American generals will deliberately instigate the bloody and protracted Philippine-American War (1899-1914) in the nefarious bid of the US President William McKinley to make their Congress approve the Treaty of Paris and the annexation [translation: invasion] of the fledgling Southeast Asian nation.