[smartads] Well I did get that Friday post out before I went to bed.  In fact it is only 0113 now and I just posted it about a 1/2 hour ago.  I’ve been reading news articles, mostly about Ron Paul, whom I’d like to see as the next President, I think.  It’s so hard to pick someone because they all seem to lie.  All I know is that I don’t want Obama in there anymore.  Paul seems to have ideas that are drastic, but that is what the country needs, some drastic and bold moves.  His ideas are so drastic in fact that I think someone just may assassinate him if he becomes President.  Everybody don’t want to fix the problems.  They are getting rich with all the loopholes.  Anyway, we will see what happens.  It’s 0250 now and it’s definitely time for bed.

The City of Parañaque (Filipino: Lungsod ng Parañaque), or simply Parañaque (pop. 552,660; 2007 Census), is one of the cities and municipalities that make up Metro Manila in the Philippines. It is bordered on the north by Pasay, by Taguig to the northeast, Muntinlupa to the southeast, by Las Piñas to the southwest, and by Manila Bay to the west.

The name “Parañaque” is derived from the phrase “para na aque,” which was commonly used in the past when people wished to disembark from kalesas (horse-drawn carriages). The phrase literally means “stop now, boy”: “para” from the Spanish parar (to stop), “na” from the Tagalog word for “now” or “already,” and “aque” from the Tagalog word for boy, lalaki. An alternative meaning of “para na aque” could be “stop here,” with “aque” being derived from the Spanish aquí (“here”).

According to my untrustworthy clock out here in LolyKat, it’s 0755.  Sure enough there was a brown out this morning.    I assume it started on schedule at 0600, but I didn’t wake up until around 0710.  Strangely enough, even though Lita was hot and had to get the portable fan, I didn’t feel a need for it and I even stayed under the covers until I finally got up at 0738.

Lita and Jay are making breakfast.  We are all, except Lita, having eggs mixed with onions and tomatoes.  Lita is having 2 eggs over easy.  She doesn’t like the white part of the egg, so I’ll get that to eat also.  I don’t particularly like the yellow part of the egg, so it works out pretty good on that.

I think that Rick and I have decided to meet up for that American style breakfast at the Island Cafe on Feb 8th.  That will be the first day that his friend from Texas is in town and, according to Rick, going to breakfast there will keep his wife from having to make such a large breakfast for everyone.  Maybe before then I will be able to contact Wayne and/or Blair, if they are in town, and see if they want to go also.  For now though it’s 0815 and time for breakfast today.  I’ve got the aforementioned egg mixture, 5 slices of toasted bread and a stein of coffee.  It was a nice little snack.  I’ve still got 99 3/4 of the coffee left though, it’s too hot to drink.

I just had one of those things that are sometimes dangerous, an idea.  I’m going to try to look up the NCO Club on Osan to see what I can learn.  I need to get a new membership in the NCO Club system.  That’s one of the things I plan to do while in Korea. 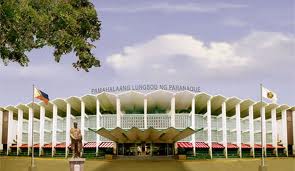 It’s 10:07 now and Lita has decided to go to bed.  I’m was halfway expecting her to take the portable fan that I’m now using, but she didn’t.

Jay is sitting at the picnic table copying recipes out of some cookbooks we have.  It’s for a school project.  I told him if he wanted to, we could search the Internet for recipes, there must be a few million of them there.  About once every couple of weeks, I ask him if he has learn to make Chicken Cordon Bleu yet.  I don’t even think he knows what it is.  I hope to be able to pull a picture of some up on the computer and show him what I keep bugging him about.  Of course I can’t make it either, but I like to eat it.  I’d rather have a nice bowl of spicy chili and cornbread though.  I was looking at some of the cards he has written there and I commented that he had very good handwriting.  He told me that the cards I was looking at belong to Julianne.  Okay well, she has good handwriting.  Actually Jay’s is not that bad either.  I told him that the best handwriting I’ve ever seen, well it’s actually printing, not writing, but it is by my Dad.  I have a sample of his handwriting here somewhere.  It’s the poem he wrote for me when I donated my kidney to my sister.  Of course you can not tell the handwriting from this poem, but it’s still a pretty dang good poem to read.  It’s been almost 17 years now and we are still doing well, at least kidney-wise.

Jay and I had a friendly contest with each other.  I told him I thought the electricity would come back on at 4:45pm.  He said that he thinks it will be 4:55pm.  It’s only 2:15pm now so anytime between now and 4:49 would mean I win.  After 4:50 would mean he was closer to the right time.  So we’ll see later on that. 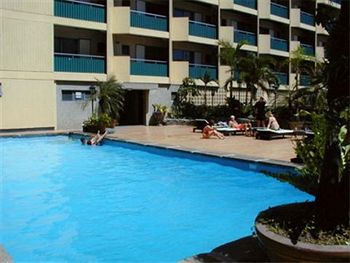 I just finished 3 cucumber and tomato sandwiches.  Only 3 this time instead of the normal 4 because I have the normal sized (American sized) bread.  Lita bought some Gardenia Wheat bread.  It’ cost more than the other bread, but I like it better.  Not only is it larger by about 1/3, but it also taste better.  The small loafs we get from the other sari-sari store at times is also Gardenia white bread.  It’s a lot smaller than the bread I had today though and I eat almost the whole loaf for just one meal.

Lita is trying to sleep again.  She tried earlier, but she said there was too much noise.  I took a nap today, although I forgot to write the times down, and I didn’t have a problem sleeping.  I only slept about 1 1/2 hours though.

Now that I’m back in LolyKat, I kept smelling something burning.  It smelled like plastic burning.  Now when I smell that, the first thing I thing of is an electrical cord burning out.  But that wasn’t the case here.  I walked over to the Pepsi warehouse gate and, although it was closed, I looked through the hole in the gate and show Victor in there cleaning up.  He had started a small fire and was burning little plastic straws.  The straws come from the empty bottles they have collected from the stores they deliver to.  People like to use straws in their soda bottles here.  I think it’s because most of the bottle tops are nasty.  I have to clean mine every time I open a soda.  Usually you don’t see anything, but some of the tops are rough looking.  Sometimes the tops are dirty and may have some rust on the glass tops.

Lita is getting ready to cook the adobo.  Today she will be making a chicken/pork adobo mix.  I usually only eat the chicken part and most likely I will not be changing my ways today.

Finally at 5:30pm, the electricity is back on.  Man does this fan feel good.  Lita said she will start cooking when the electric comes back on, so she must be starting now.

The people over at the gift shop are having a BBQ outside tonight.  The are selling BBQ.  I don’t know if it will be an everyday thing or just a one time thing, but stay tuned to see.  It should be interesting because Lita plans to restart our BBQ when we return from Texas.

I closed the store about 7:45pm.  I actually got to watch most of NCIS and all of the new show, The Finder.  The TV no belongs to Lita until she get tired of it.  If I go to bed after midnight, and it’s after midnight now, she usually lets me watch what I want.

Time to close this one up.  Thanks for reading.  Hope you enjoyed most or all of what I wrote today.

Useless Knowledge:  During World War II, on January 18, 1943, bakers in the United States were ordered to stop selling sliced bread for the duration of the war. Only whole loaves were made available to the public. It was never explained how this action helped the war effort.  (Any of you old timers know the answer?)

8 thoughts on “Brown Club for Cooking”