[smartads] I didn’t even know these islands existed until I started searching.  Evidently there are some in the area that are for sale also.  I saw one island, Binin Island, that was for sale for only $49,000.  I wonder if that is one of the islands that disappear during high tide?

Polillo, Quezon… The Polillo Group of Islands, also known as the Pollillo Archipelago, is probably unknown to many because of its isolation from the mainland of Luzon. Facing the Pacific Ocean, 25 kilometers east of Luzon, the archipelago is usually only heard of during news updates of weather disturbances. This group of islands is comprised of 27 islands and islets belonging to five municipalities: Polillo, Burdeos and Panukulan, which occupy the mainland, and the two island municipalities of Patnanungan and Jomalig . The island got its name from the Chinese “Pu-li-lu”, which means “an island with plenty of food.” It is an apt name because aside from the abundance of seafood, the islands also boast of amazing terrestrial resources some of which can be found nowhere else in the Philippines, much less the whole world. This richness has drawn a lot of interest in the scientific community, and numerous scientific studies have been conducted in this part of the country since early last century. 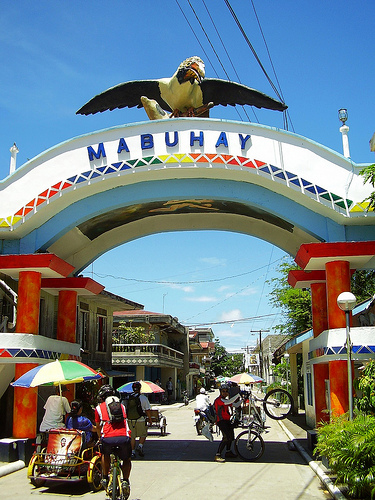 Useless Knowledge: Elvis treated his hair so harshly with dyes and styling products that, by the time he was forty, it had turned totally white.

When morning rolled around I got up and decided to make pancakes.  I noticed there was 1 box left and it was the kind that all you needed to do was just add water.  That’s good because we don’t have any eggs and I didn’t want to spend the P6 to buy one.  It’s a large box of mix and I don’t like to leave anything left in the box, so I was prepared to make about a dozen medium sized pancakes.  Lucky for me there were 2 separate packages in the box, individually wrapped.  I just had to use one and save the other one for later and didn’t have to worry about the ants attacking it.  I prepared the mix with about 3/4 cup of water and added 3 small bananas to it.  Time to cook.

We have a 2 burner stove and I was using the burner on the left because there was a big pot on the one on the right.  Since I’m right handed, I should have switched them, but didn’t.  Since I didn’t, as I was getting ready to put the first spoonful of mix in the pan, there was a problem.  It was too awkward to do so I had to pick the pan up with my left hand first.  Did I mention that I like to put a little oil in the pan when I’m cooking the pancakes to keep them from sticking?  Yep, you guessed it, I tilted that pan too far and some of the oil spilled out on the floor and on my flip flops, right under my toes and my toes pressed down on it.  Anyone for fried toes?  I put the pan and spoon down and headed for the bathroom to rinse my foot to try to avoid blistering.  I think it worked because that was several hours ago and there still are no blisters.  I did go back and finish cooking the pancakes right after applying the cold water for about 5 minutes.   I ended up getting 6 medium pancakes out of it and I ate 3 of them.  The batter is not the best, but it’s edible.  So the day started out rather interesting. 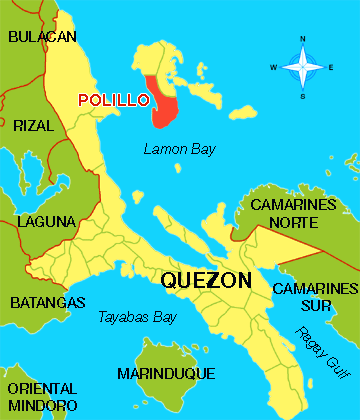 Lita went to the market around 11:00am.  I didn’t get the exact time because I was taking an early nap and she had to wake me up to tell me.  I don’t know why, she just did.  Maybe it was closer to noon because she didn’t get back until a little past 1:00pm.  As she was putting everything away, she remembered she forgot the baking soda, so she had to go back again.  Evidently baking soda is something that they just had to have to cook some of the food.

Before she left the second time, she told me that I needed to fix one of the little overhead hanging racks in the store that fell.  I went out there to check it out and noticed that all that happened was one of the nails came up, probably because it wasn’t nailed in good and she had a lot of Lipton Iced Tea and Tang packets hanging on there.

So I got the hammer and a new nail, then I hit my head on one of the other hanging racks.  I’m assaulting myself head to foot today.  I finally got that nailed back up and got out of there before I knocked myself out.  I came back to the computer room, my sanctuary, because it’s hard to hurt myself in here …ouch, bumped my knee on the computer desk. 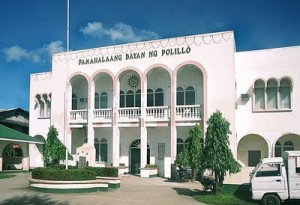 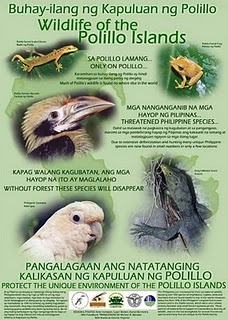 (The above site had about a dozen and a half nice pictures, but it didn’t say what they all were, I’m just assuming this is the City Hall or probably most likely a Town Hall)

I suppose you’ve noticed by now that the design on the website has changed again.  Well just the colors have changed and the hit counter.  I don’t like to change my blog theme because it gets complicated when I do so.  Complicated as in sometimes some of the widgets don’t show up and I have to reapply them.  Then sometimes the spacing is different and things don’t fit, so they have to be readjusted, changed or just flat out deleted.  It’s usually not very hard, just time consuming.  It’s just less trouble to keep the same theme and change the color ever once in awhile.  Now if an awesome theme comes around, then I may check it out, because you can see what it looks like with your blog, before committing to it.  Besides this is the only free theme that I’ve seen that I can adjust 3 columns the way I want to, without going through a bunch of different steps first. 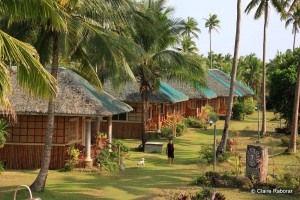 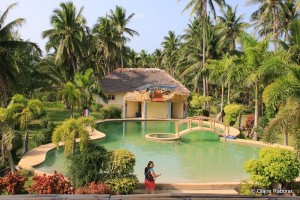 (Not as many pictures at the above site, but some very good ones and they are labeled)

Useless Knowledge: In 1840, poet Henry Wadsworth Longfellow became the first American to have plumbing installed in his house.

Oh crap!  I just noticed that the F-Secure is back.  It was gone this morning.  Why would it disappear only to reappear later?  I’ve deleted every file that I know of for this thing, and it still comes back.  I even tried that delete all thing again that their customer service told me about.  Nothing is working. 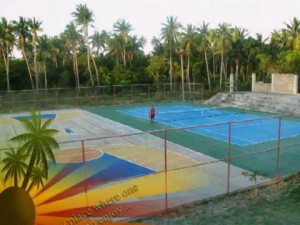 Lita is back from her second trip downtown.  I know because I can hear her talking outside.  It’s 2:20pm now.  After a few minutes, she came here with some yummy pineapple.  She’s forcing me to eat it.  No!  No!  I don’t want …. oh okay.  She is so persuasive. 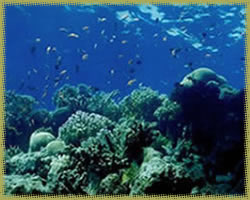 Juvic is borrowing the camera for a party she is going to.  I hope she brings it back before Monday.  She didn’t come in here herself to ask, Lita did it for her.  Maybe she’s scared of me now, she’s only known me for about 10 years, so maybe she needs more time. (sarcasm) 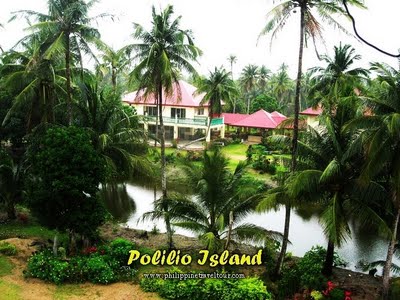 Remember that problem I have about sometimes the links would work and sometimes not?  Well I just noticed that when I try to do a link on the website using Yahoo, it doesn’t work.  If I go to Google and search for the same website and link it through there, it works.  What’s up with that Yahoo?  I’m going to send them a question on that.

Hey!  Who ate all my pineapple? 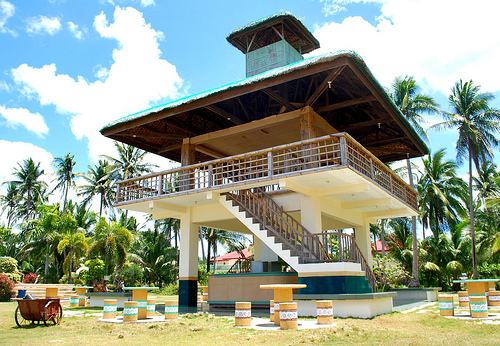 (The author of  the above website has at least 3 dozen pictures, most of them very nice)

It’s 9:15pm now and Casandra has been crying for about the last 20 minutes.  Lita went to check on her.  It seems she just has a tummy ache.  Lita suggested that Cathy rub her back instead of her stomach (as Cathy was doing) and that should help.  It did.  By the time Lita got back to the house, she had stopped crying.  Maybe she just had gas. 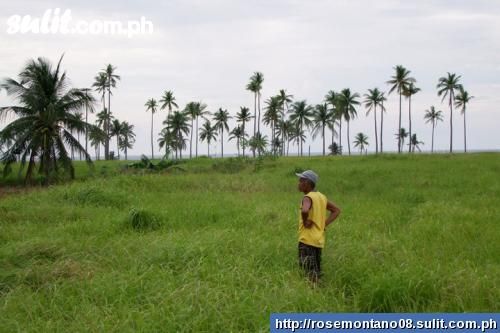 Polillo – Nearby island for sale

We didn’t make much money on the BBQ tonight.  We made more during all the rain yesterday than we did tonight.  Oh well, I guess bad days to happen, but we just don’t want to have too many of those.

Other websites to check out 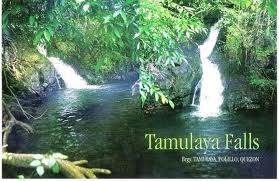 Useless Knowledge: When Albert Einstein escaped Germany in 1933, the Nazis put a price of 20,000 marks on his head. The price was never marked down!

1898 – Gregorio del Pilar y Sempio liberates the town of Bulakan, Bulakan province from  the Spanish forces during the second phase of the Philippine  Revolution against Spain; Filipino revolutionaries some weeks ago earlier scored major victories in the province, capturing and taking the station in Bigaa, Bulacan, which was garrisoned by 24 men of the Spanish Infantry and Rural Guards and taking control of nine (9) other Bulacan towns; one of the youngest generals of the  Filipino forces, Gregorio del Pilar will soon be promoted  brigadier-general and will also be responsible for the  successful repulsion of the imperialist American invaders in  the Battle of Quingua (Plaridel) where American Col. John M.  Stotsenberg will die in April 1899 during the early phase of the Philippine-American War (1899-1914).