[smartads] This post didn’t turn out to be so long and it’s not the most exciting post I’ve ever done, but it does have some important items in it, most notably the password problem.  If you only read one thing in this post please let it be that so we can take care of any potential problem.

Lanao del Sur (Filipino:Timog Lanaw) is a province of the Philippines located in the Autonomous Region in Muslim Mindanao(ARMM). Its capital is Marawi City and borders Lanao del Norte to the north, Bukidnon to the east, and Maguindanao and Cotabatoto the south. To the southwest lies Illana Bay, an arm of the Moro Gulf. Found in the interior of Lanao del Sur is Lanao Lake, the largest lake in Mindanao.

Lanao comes from the word ranao, meaning “lake.” Lanao centers on the basin of Lake Lanao; thus, it is the land of the Maranaos, the “people of the lake.”  Lanao is the seat of the Sultanate of Lanao.

Hits @ 0039 = 1218313 = 7052.  I shut down at 0125, but I wasn’t tired yet.  Lita has just turned the TV back on and I can still hear about of people talking outside at the picnic table.  One of them is Ramil and the other one sounds like Jay or Angelo.  It’s probably Angelo because Jay is usually in bed by this time.  I’ll go look in a few minutes to see who it actually is. Lita would probably give me the remote if I go in there, because there is usually nothing she really wants to watch at this time of the night. 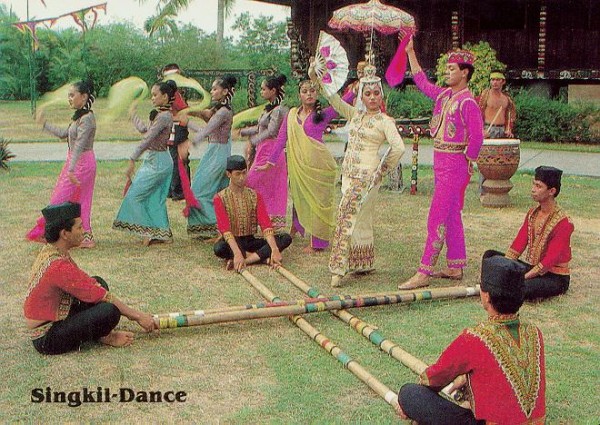 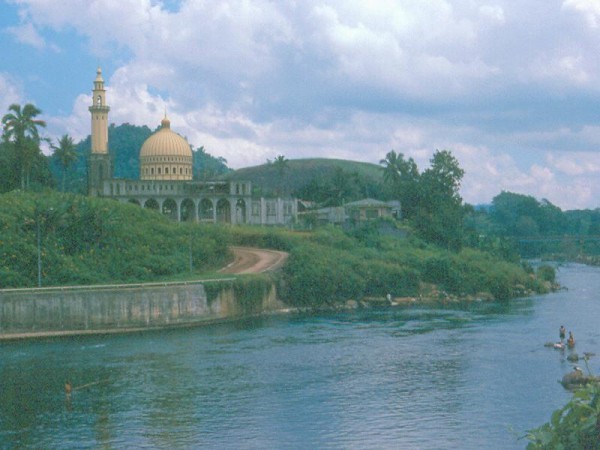 I actually stayed up until 0320 this morning watching TV.  I discovered a decent movie a little past 0100.  I didn’t get the name of it though.  I could have stayed up longer, but I couldn’t find anything decent on TV so I just shut it off and went to bed.  It was just wasting electricity.

The blue shirt guys from the other day came by to eat and pay their bills.  That means there is a little bit of money out there today.  That in turn means that Lita won’t have a headache today. 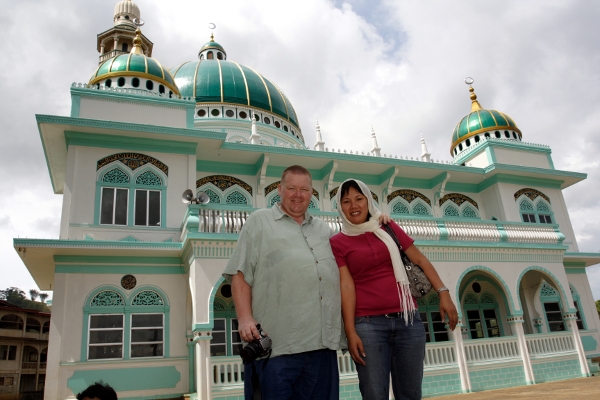 I’m sitting out here in LolyKat with Arnel.  He was going to watch a DVD movie on his laptop, but decided that this is not the time nor place to watch a movie.  He borrowed 2 of my DVD movies and will watch them later.  He borrowed “The Bourne Ultimatum” and “Doc Hollywood”.  I told him to remember where the movies came from.  When he looked at me funny, I said, “Remember the movies are mine”.  That he understood.

Vicky already has 4 of my DVDs.  I’m going to tell Lita to tell her to bring those back.  They had time to read them all.  I thought Sally was the one that borrowed them, but Lita told me today that it was Vicky.  I really don’t care which one of them has them, as long as they get back to me. 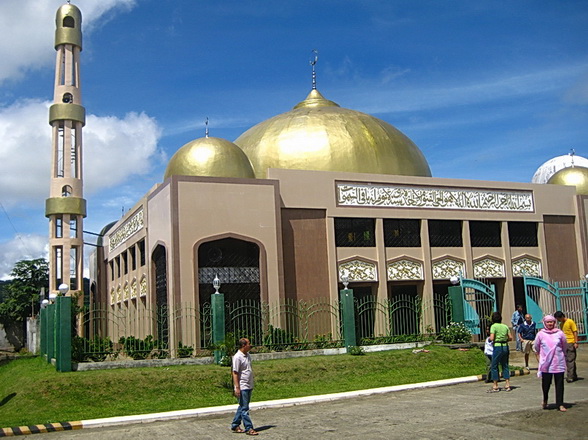 I think it’s time to watch NCIS, I’m going back in the house.  I wish I had about a dozen Kit Kats or M & M’s.

We received our electric bill today.  It was about P300 higher than last months, but still just slightly over P4200.  I can live with that.  Our bill is more than everyone else’s here combined, so if we could learn to live without the air con, ours would be cheap all the time too.  It ain’t going to happen though. 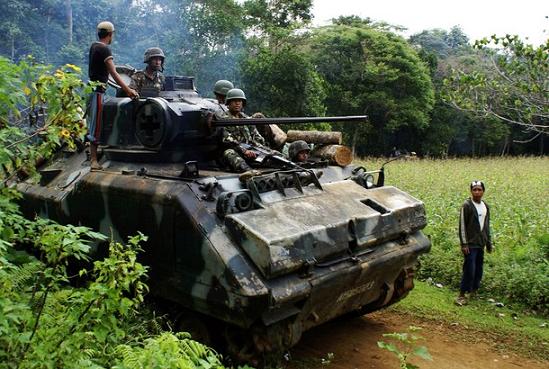 When Judith was here yesterday, we let her know that she would be the manager in charge of the restaurant when it gets going.  She will have the hiring and firing power.  She didn’t seem to have a problem with that.  I’m sure she has to do it at Joyous Eatery now.  I was thinking that when she gets ready to retire, maybe Juvic would be a good candidate to take over. If she is not already married to some rich guy and moved away.  She is the eldest of the children.  Juvic might have a problem with the firing thing though.  Juvic is currently taking courses in school for a HRM (Hotel Restaurant Management) degree.  If she follows through with it, she would be the logical choice.  The other daughter, Grace, is studying for an Engineering degree, so she will be a famous Engineer someday. 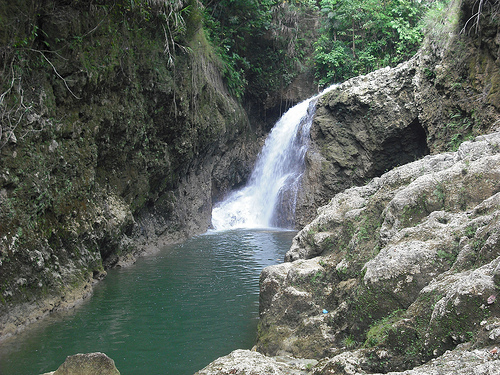 Damn, not much to talk about today.  I just know that there is something that happen today, that I’m forgetting.  I didn’t write much down today.

I got to see Marianne tonight, that’s always good for me.  Her and her father, I guess, I only saw Marianne.  They were bringing back Ramil’s children.  They all went there after school because both parents were working.  I guess they do that everyday.  I think Cathy goes to Judith’s house during the day while Khan is at school and either goes by and picks him up at school or he walks over there, it’s only about a block or two.  Of course Khan is in Kindergarten and it’s only half a day. 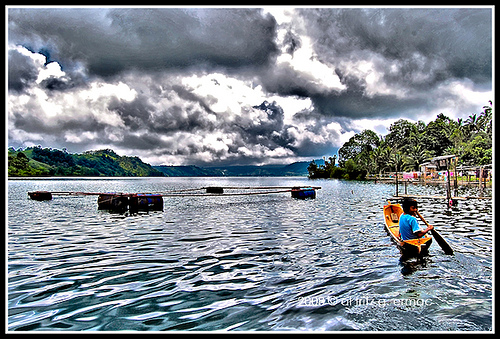 Blair was telling me that he is now requested to use a password to get unto my site.  I don’t know anything about that, but it shouldn’t be that way.  I have tried reversing the spam control I put in by one step to see if that was the problem.  Anyone who has been trying to get on, but couldn’t, please try again.  If you are still having problems, please e-mail me at mjts.john@yahoo.com to let me know there is still a problem.  That is my e-mail for the MJ Services, but there is not much happening there for that service, so it might as well be used for something.  Maybe that’s why I’ve been getting less comments recently.  Or maybe not.

Famous Quote:  “Democracy is two wolves and a lamb voting on what to have for lunch. Liberty is a well-armed lamb contesting the vote.” — Benjamin Franklin

1899 – President Emilio Aguinaldo y Famy of the  Philippine-Republic-on-the-run publishes the  pamphlet “True Narrative of the Philippine  Revolution” in Tarlac  7 1/2 months after the  enemy United States secretly instigated the  Philippine-American War (1899-1914)  and 13  months after the infamous Mock of Battle of  Manila wherein the imperialist Americans falsely  made it appear before the world that it was their  forces and not the revolutionary Filipinos that  subdued the colonial Spaniards in the Southeast  Asian archipelago;  addressed “TO ALL CIVILIZED NATIONS AND ESPECIALLY TO THE GREAT NORTH AMERICAN REPUBLIC” and entitled ‘Resena Veridica de la  Revolucion Filipina” in Spanish, the pamphlet tells  a litany of chargesagainst the American invasion, including how the US government  has been manipulating the Filipino leaders into a false hope of independence.
_____ Filipino Gen. P. Garcia reports to Gen. Servillano Aquino y Aguilar about the attack of the freedom  fighters on a train carrying enemy American soldiers more than seven months after the Philippine-American War (1899-1914) began; led  by Commander Juan Balbuena, the hostilities involved  the order on 1st Company Bon. Torres Bugayon to attack the enemy train between Calulut and  Angels, resulting to 12 enemy casualties and  injury to one prisoner and two casualties and two  injuries on the side of the Filipino patriots.