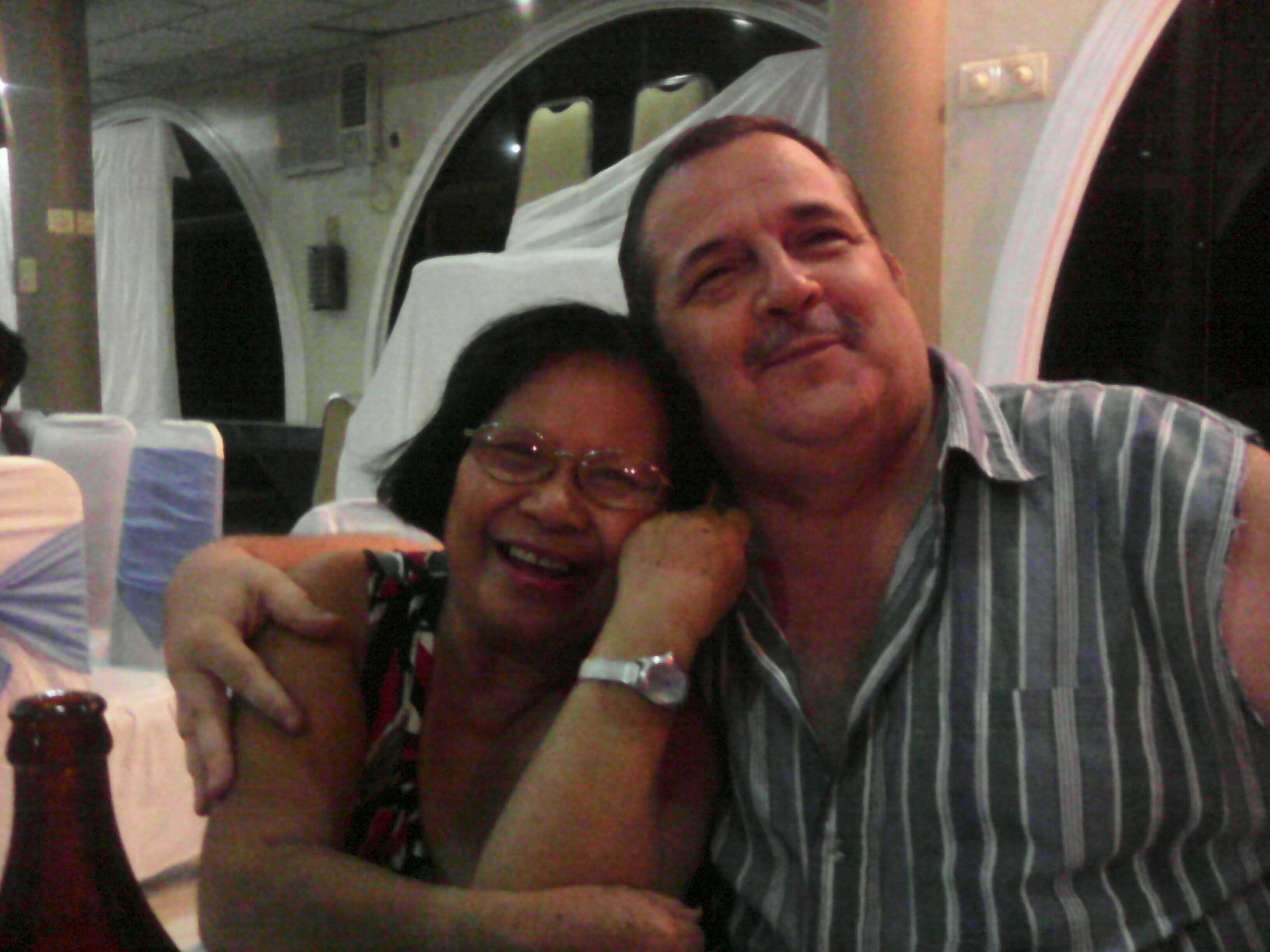 Pretty soon things will be hopping around here again.  In some cases I mean literally hopping.  When we first arrived here, and shortly after, we had 5 total families living here.  Now we are down to only two.  Well they are all coming back.  Starting next month they will begin to trickle back here.  That means we will have children running around here again.  Well that’s good news and bad news.  It’s nice to hear children laughing and having fun, but sometimes they are just too loud.  It’s okay, I’ll take the bad with the good.  Here is what is ‘suppose’ to be happening.

Next month sometime Catherine, Ado and 4 of their 6 children will be moving back into their house here.  They have been living with her mother, Bebie, down in Tambis (Southern Leyte).  Ado found a job up here driving a truck so it’s time for them to come back.  The oldest daughter, Crystal and one of the younger girls, Precious, will be staying in Tambis with their lola (grandmother).  So that’s 6 people to be added back into our little compound.  That’s including our godson, Khan Khan and our goddaughter, Patricia.  Also Cassandra and Cyress King (the baby) will be returning. Cyress was born here, but never really spent much time here.  He’s a handful too.  This group includes 4 of the hoppers.

Also during March we will be getting people ‘hanging out’ here during the day, but not living here.  Supposedly the restaurant is going to open in mid-March.  Our niece Marianne and her husband, Leevan, will be running that restaurant, but they will continue to live where they are, not here. They and/or their workers will be here during the open hours only.  Of course we all hope that there will also be lots of customers eating and/or drinking at the restaurant.  Most likely we will be seeing a lot of their son, Marco, also.  He’s a cool kid, I like him.  A part time hopper for here.

Around about, probably July (as it looks now), Ramil, Robbie and their 4 children will be moving back here also.  His father, Mar (also Marianne’s father) is having their house remodeled here pretty soon and it should be done by then.  At least that’s what we all hope.  They have more of the older children, Raven, Joshua, Reverof and Faye.  I’m hoping that the boys will want to play my Empire Builder games.  I haven’t played for quite awhile and they’re my favorite board games.  It does take 3-6 hours to play though, so I don’t know if they are at the stage of life they can sit and concentrate for that long without getting frustrated.  We’ll see.  Not too much into hopping for the 2 oldest ones (Raven & Joshua), but the other 2 like to hop.

Last, but definitely not the least, Judith & Victor will be moving back to their place here this coming September.  Their girls, Juvic & Grace, are all grown and on their own now, but Lita and I relate to them well, just like with Titing & Neneng (who also will still be here).  Of course with them living here again, when Juvic & Grace come to visit, they will be stopping by here. It’s always good to see Grace, she’s good at giving hugs.  When Juvic visits, that means we get to see one of our favorite girls in the whole world, Samantha. Of course it’s always good to see Juvic.  Neil (Juvic’s husband) is an alright guy also.  He’s a good guy to chew the fat with him.  Victor is a jack of all trades and is nice to have him around to get things down.  He’s funny too.  Judith likes to talk, so that fits in well with Lita and Neneng.  Two more people of our generation is also good to have around.  Everyone else coming back is of 1 and 2 generations below us.  Not that that’s bad, but having older people around is good too.

Well that’s how things are suppose to be playing out this coming year.  Of course things could change, but I doubt they ALL will change, if any do at all.  I like being alone, but I like to be alone surrounded by a lot of people.  Seems that soon I will have my ideal situation around here again.

2 thoughts on “Re-populating the Compound”