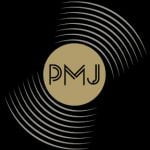 To try to keep the posts regular I’m going to try to remember to post a little bit each day on here and then after I get it big enough, I’ll just post it.  It seems like a good plan to me, if I can remember to write in here each day, or at least often.  I’ll try to get out a post at least once a week.   I know I’ve said that before but, once again, I really will try.

Although my little secluded life has not been affected very much, our city is taking all kinds of precautions.  I believe there have been no reported cases here and they want to keep it that way.  They have implemented a curfew for adults (9 pm to 6 am).  We should all be at our homes during those hours.  Minors currently have a 24-hour curfew.  It was 6 pm to 6 am for minors but few got caught downtown and they ruined it for all minors.  I think the enforcement is a bit lax but why take a chance.

I finally got back on Facebook after just about giving on on it.  My sister figured out the problem even after the “Facebook Expert” could not get me back on.  It turns out that my computer had a lot of malware that Facebook does not like.  My “Advanced System Care” was not finding it.  I have since deleted that and loaded a better site that was recommended by my sister.  If you are reading this and want to know what that is, just ask and I’ll send you the name.  Also she told me I should be using the browser Firefox, so I switched back to that one as my primary.

I did have a problem with my sound on the computer today, but Scott helped me with that pretty quickly using Team Viewer.   I’m still not sure what the problem was.  He seemed to do only something that I tried twice before calling him.  I don’t know.  Maybe I had to do things in a certain order.  Whatever the case, my sound is back, that’s all I really care about on that subject.

I have got so many Space-A groups to re-join and become Admin in.  It’s going to take a long time to get them all back the way they were.

The internet has been good all day but after I got back from eating my supper, it was down again.  I’m typing this while it is down so I won’t be able to save it until it comes back up, if it comes back up tonight.  Since it is here, I was able to save it but the internet has started running so slow this evening.  It was fine earlier today.  **Note** Morning of March 23rd my internet was down again.  It has come up a couple of times so I can do a few things at a time.  This sucks.

I just found out today that we will be issued “Quarantine Passes”.  Only 1 member of the family allowed downtown at a time.  I’m sure that there are other places that have it worse than we do but that’s pretty messed up.  Hopefully by payday that will be lifted and things will be back to normal.  It’s still 9 days until payday.

I think I’m going to end this post and begin the rest of the day (it’s Monday, 2 pm now) for the next post (if anything else good happens today).  I hope the internet comes up and stays up for a while like it did yesterday.  Why don’t I call Globe to fix the problem?  I’ll explain that in the next post.