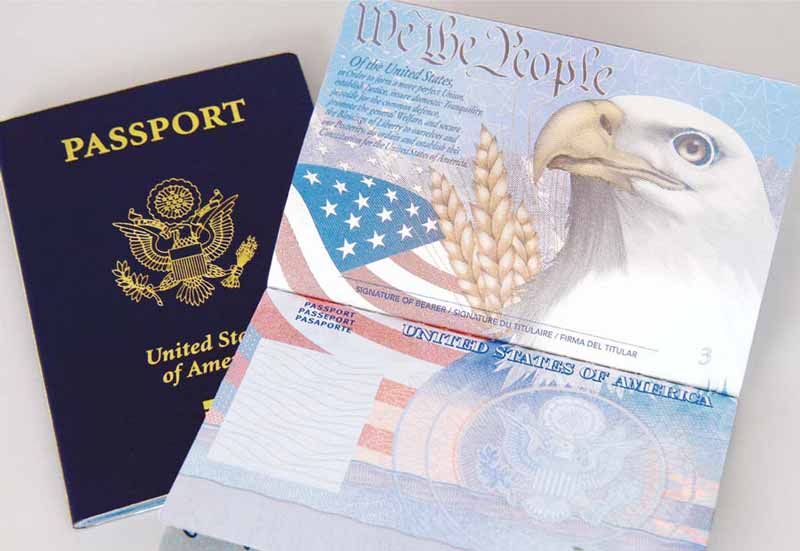 Recently my wife and I had to apply for new passports.  We did not look at our passports and were under the mistaken impression that they did not expire until Oct 2020.  Well, it turns out they expire in Jan 2020.  That brings up a problem.  Since, at this time, we are not allowed to travel military Space-A out of the Philippines (Clark), we have to buy commercial tickets someplace.  This someplace could be anywhere that does have Space-A and/or to the US all the way.  Since we are not rolling in dough and people are not donating thousands of dollars to my blog, we have to travel to the nearest place that has military Space-A flights.  That place is Singapore.

In order to travel to Singapore, you must have at least 6 months left on your passport.   We will only have 3 months as we need to be off the island by 10 Oct.  So, we either get new passports now or spend at least twice as much money to go to the next nearest Space-A location that we would not need the 6 months, which would probably be Guam.  We’ve been to Guam and the tickets were like $340 each round trip.  That’s $780 versus the about $300 it would have cost to go to Singapore.  We opted to get the new passports instead.  This problem, plus a couple more, all lead to one bottom line,  we will not be able to travel to Texas this year as we had hoped.  This will be the last time we have this problem though.  More on that in future posts.

You can acquire your US passport through the US Embassy in Manila.  It is a relatively easy procedure and I will be running through our experience, hoping to prepare you more for the things that we did not know about.

The first 3 things you need to accomplish, in no particular order is to fill out the DS-82 (Application for Passport Renewal), 2 identical photos that are 2″x2″ (5 cm x 5 cm) with a white background.  Do not wear a hat or glasses.  The no glasses is a relatively new thing.  The final of the top 3 is a $110 Dollar Demand Draft which MUST be acquired from one of the following 3 Philippines banks for each passport: Bank of the Philippine Islands (BPI), Banco De Oro (BDO) or Security Bank (SBC).  At the time of this post, they do not accept Dollar Demand Drafts from any other financial institution.  Make the draft out to the U.S. Embassy Manila.  For the Form DS-82 there is a checklist at the top.  You must be able to answer “Yes” to all the questions to be able to use that form.  We were able to answer “Yes” to them all.

I filled out the applications for both of us and had a small problem because I had to create a PDF and then click on “Fill and Sign” to fill it out properly.  Even then I had to space it out myself.  It still came out just fine though.  Since my printer is not working, I put the information on a thumb drive and brought it to Mark’s house to print.  He was kind enough to assist me with that.

The next day we went down to get our pictures.  We couldn’t find the place that was recommended so we went to Christian’s.  It seems to be a popular place for pictures as there were 4 people in front of us and 4 more showed up after us.  We got 4 photos for P20 (US .40).

Next step was the Dollar Demand Draft.  Since this must be paid in U.S. dollars, I had already acquired the $220 ($110 for each passport) from M Lhuillier.  They do a variety of things there including pawns and money transfers.

Since, of the listed banks that you MUST use, we only have BDO here in Calbayog, that’s the one we went to.  It’s a fairly new bank here also, so we got lucky we didn’t have to travel anywhere to get the draft.  The process is pain-free.  Lots of paperwork, but nothing difficult.  The hardest parts were giving up that $220 and having to sign your name 3 times on one of the forms (signature examples).  They put the Demand Drafts in a cardboard carrier and hand everything over to you.  BDO does charge an additional fee for processing, but that can be paid in Philippine pesos.  The extra fee she said was $5 each, but she charged me P275.34.  I think she said something about the peso rate being 52, so that comes out to about $5.30.  Whatever the case, it’s not much more.

After all that was completed, Lita went to buy some rice and I walked to LBC to send it all to Manila.  As I was standing there in LBC, double-checking everything, I noticed something so obvious that we forgot to do.  We did not sign the passport applications.  So many new things that we did, but something so simple slipped through.  I asked the lady behind the counter what time they closed and knew we had plenty of time to get it signed and back.  I headed home but Lita was not home from whatever she was doing.  Obviously more than just buying rice if it was taking that long.  When she finally got home I had her sign, I signed while I waited, and I headed back to the same LBC office.  I filled out the form, asked how long it would be before it got there, asked about express and then paid the lady P232.  They do not have express and it would take 3 days, from the day after I was there, so 4 days total, to get to Manila.

As she handed me the receipt I asked about being able to trace the letter.  Yes, you can.  The website to track it is LBC Express Tracking.   When you put the tracking number in there put the numbers altogether, no separated like they are on the form.  I gave it to LBC here on 3 Sept.  It arrived in the Metro Manila Area on 5 Sept and with whoever Manila Delivery Team 1 is on 6 Sept.  According to their timetable, it should be in the Embassy no later than 7 Sept.  Since that is a Saturday, I’m not expecting anything to be done with it until Monday, 9 Sept.

On the checklist it says that it should only be 2-3 weeks to get the passports back.  We have about 4 weeks before we need to be gone, so I hope that 2-3 weeks is accurate.  I cannot even buy any airline tickets until we get those passports because, of course, we had to send in our old passports.  I do have an extra copy of the passport application in case there is a problem, but I really hope things will go smoothly.

That’s everything we did.  I don’t think I left out anything.  If you have any questions about any of this, I’ll be happy to answer them to the best of my knowledge.  Just ask in the comments.  I’ll be sure and post exactly how long it takes to receive the passports after they arrive.  I’m sure it will be before our short little trip to Singapore next month.

The next big post will be about our trip to Singapore, although it probably will only be for 1 day.  Soon we will be heading to Manila for a few days to acquire new military ID cards and applying for my social security.  I’m sure I’ll having something interesting to post from that trip.

2 thoughts on “My Passport Renewal Experience”