Useless Knowledge:  A chip of silicon a quarter-inch square has the capacity of the original 1949 ENIAC computer, which occupied a full city block.

First of all I’d like to say that the information for today is not much.  I’m glad I saved some information from a couple of days ago that didn’t really matter what day it was told on.  After I finish this days information, I will add that other information at the bottom.  I will let you know when it starts.  Okay here goes:

I was up early, but I was concentrating on other things so I didn’t get an exact time.  The first thing I did after my CR trip was to check the MJTS e-mail.  Nothing.  I guess the young lady that asked about the service has either run into a problem, changed her mind or found someone else.  I hope it’s not the last one because we didn’t even get a chance to give her a price.  If it’s one of the other 2, then things like that happen.  I do hope that she didn’t run into a serious problem, she seemed like a nice and excitable young lady.  You know, we already had some nice hotels in the area picked out, ones that are not even on the Internet that I could find.  We were just waiting to see all the places she wanted to visit and how many would be in the party, so we could get them to the closest nice one.  Oh well … I guess we will keep waiting, but I was really excited about it and so was Lita.

My Envolve chat is not working on my site.  Even though I have been told it is working on other people’s computers, it’s not working here.  I contacted the Envolve service center and am waiting on a response at this time.  I tried to fix it by clearing the cache, deactivating it the reactivating it, changing browsers from Firefox to Google and even deleting it and reloading it.  Nothing is working.  I hope their service center has a solution.

I did change to Google as my homepage.  As you may remember I was already upset at Firefox because when I try to copy/paste a link, it doesn’t work.  I have been copying the link, putting it in the Google address line, going to the site, copying it and then putting it on the blog so it would link.  By changing to Google, I don’t have to go through all those extra steps.

Today is Sunday so it is time for the weekly hit average.  This week it is 8589.  That is the highest of the 3 I’ve done so far.  I hope it continues to get higher every week.

Grace came by to bring the camera back.  She also needed some videos uploaded to her Facebook account.  Those things, well some of them, take forever and a day to upload.  She had 6 of them and I think I got 4 of them completed.  One of them wouldn’t work and the other one was taking way, way too long.  One of the ones I did load only took 20 minutes to upload, but the whole video was only 4 seconds long, so that was a waste.

I deactivated that Envolve and I’m in the process of looking for another chat plug in that I can put on the site.  I really like that Envolve, but if it ain’t working, I can’t use it.  They have live chat and shout box.  I don’t know the difference, so I’ll try them both to see if either of them work and what they look like.

Wow!  It’s already 7:42pm and nothing much as happen today.

Let’s see.  I made stew today.  I haven’t made any in about a week so I figured it was about time.  I didn’t have any meat today, so I had to use a bullion cube.  I used 1 chicken cube.

I walked out front, in front of the store and talked with Titing for awhile.  He likes to go out there to smoke cigarettes and I just go out there to watch the people go by and take in the fresh air.  It gets a little noisy at times with all the motorized tricycles, motorcycles and trucks going by, but it’s quiet and cool most of the time.

Titing saw a TV show about expensive steak in California and he wanted to talk about it.  I’m always happy to talk about food, especially steak.  I told him that not all good steak is expensive, but if you want the kind that just basically melts in your mouth, then you’ll have to pay for it.  We talked a little about Kobe beef also.  Even Titing agrees that the beef here in the Philippines is not very good.

Useless Knowledge:  Motley Crue was kicked out of Germany in 1984. Their offense? Throwing mattresses out of hotel windows and watching them bounce off cars.

For as long as I’ve been around Filipinos, one thing that escapes me is their sense of humor.  There are things that they think is so funny, but to me it’s just stupid and not even close to funny.  Also some things that I laugh at, they don’t think is funny either, so maybe it’s just a culture thing.

It’s 8:48pm and I’m going in to do the post for the evening.  I will take a break to watch the Biggest Loser, but that’s it. 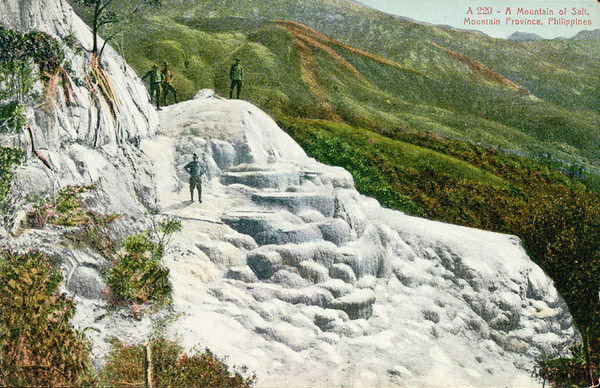 Okay the rest of this is what I didn’t put in a couple of days ago.

I just found out that Titing has a printer, but he says it needs to be repaired.  It’s an HP printer/scanner/copier, but I don’t have the long skinny screwdriver I need to open it up to clean it out.  It has like cobwebs and bug crap in it.    I also need to buy some copier paper when/if I ever get it open and working.  Titing says it’s been about a year since he used it, and it looks it.

He told me that it was eating the paper when he was using it before, that’s why he stopped using it.  Even though I have a limited view, I didn’t see anything stuck in the rollers.  I’m thinking that maybe the paper they was using was sub-standard, causing it to get stuck.

The ink cartridges seem to have ink in them, but they are probably dried up after a year.  If I get it working, Titing says I can use it in the computer room, but he’d want to use it from time to time.  That’s cool with me.  He says he still has the CD with the software and drivers on it.  That’s good, because I wasn’t looking forward to seeing if I could find one on the Internet.  Even if I did find one, I couldn’t be sure there wasn’t a virus in it.

Titing says he thinks Ramil has a screwdriver that will fit that printer.  We will have to wait for him to get home from work though.  He also tells me that the best place to buy copier paper is downtown at a place called Big John’s.  I figure I’ll check on the price of ink cartridges while I’m there also.

Victor brought a screwdriver that fits down in the printer, but upon further review (I put my reading glasses on), it looks like an Allen wrench is needed, not a screwdriver.  So now I need to get a long skinny Allen wrench or something similar that will reach down there and unscrew that.

Supposedly there are many ink fill stations around Calbayog, so I don’t have to buy new cartridges, unless I want to or maybe since these have been sitting around for about a year, they are too dried up and new ones will be required.  I’m sure that new cartridges would be cheaper than buying a new HP Deskjet F2280 All-In-One printer.

Useless Knowledge:  Microsoft CEO Bill Gates formed a company to sell a computerized traffic counting system to cities, which made $20,000 its first year. Business dropped sharply when customers learned that Gates was only 14 years old.

Qu0te of the Day: Eagles may soar, but weasels don’t get sucked into jet engines.  –  John Benfield 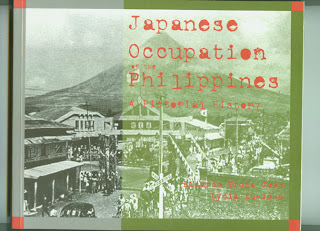 The 1943 Constitution of the Republic of the Philippines during the Japanese Occupation is drafted, creating a Republican state with a powerful executive branch, the President to be elected by the National Assembly from among themselves, and subordinate legislative and judicial branches and requiring for, among others,  the development of Tagalog as the national language; drafted by the Preparatory Commission for Philippine Independence (PCPI) headed by Jose P. Laurel in a manner conforming with the Greater East Asia Co-Prosperity Sphere, the 1943 Charter will not be recognized by the American colonial Commonwealth government in-exile during World War II.
1898 – As part of, or leading to, the  infamous Mock Battle of Manila six days later wherein the imperialist-in-the-making Bald Eagle nation that would falsely make it appear that the Americans, instead of the Filipino revolutionaries, are responsible for defeating the Spanish colonial forces in the Southeast Asian archipelago and the capital, Admiral Dewey and General Merritt, through the British Vice Consul, H.A. Ramsden, supposedly issue a joint ultimatum to the Spanish authorities stating that “the land and naval forces of the United States would commence operations against the defenses of Manila at any time after the expiration of the forty-eight hours from the hour of receipt by you of this communication;” while the American generals ask the Spanish Captain-General to remove non-combatants from Manila before the Americans start bombarding Manila, the two colonial forces will sign the Peace Protocol to halt Spanish-American War hostilities and  ‘authorizing’ the Bald Eagle nation to occupy and hold the city, bay, and harbor of Manila pending the conclusion of a treaty set to  define the control, disposition, and government of the Philippineson August 12, a day before the staged Mock Battle;  Dewey had some three or four months earlier forged an alliance with Gen. Emilio Aguinaldo y Famy, the leader of the second phase of the Philippine Revolution against Spain; with the deceptive promises of Dewey and other military and diplomatic American officials as to honoring Philippine independence, Aguinaldo would even stupidly allow the free entry of GI’s into the archipelago, allowing the Bald Eagle forces to position for what would be  the eventual invasion  of the archipelago, triggering the bloody and protractedPhilippine-American War (1899-1914).Image credit: http://img108.imageshack.us/i/bookiw3.jpg/
Tags: Baguio, Calbayog, Facebook, Falls, Firefox, Food, Google, Manila, Ocean, Pagsanjan, Palawan, Philippines, Steak, Tarsier, Tour
Tags: Baguio Calbayog Facebook Falls Firefox Food Google Manila Ocean Pagsanjan Palawan Philippines Steak Tarsier Tour