[smartads] I’ve been thinking about maybe changing the content of the blog some.  I don’t really want to do it, but it seems that other web sites that put a variety of things on it, get more traffic, some of them, a lot more traffic.  I’ve looked at other blogs about the Philippines and of all the ones I’ve seen, I can say that my blog is unique.  I haven’t seen another one that is totally dedicated to the subject of their lives.  Of course I’ve only been looking at sites that have a big following.  There may be other sites out there like mine, but they are in the same boat as me.  Here’s my plan, that I just now thought up.  I’ll still write the post as I normally do, but I would add some news items to the blog also.  They might all be just excerpts that you’ll have to click on to read the entire article though, including the normal post.  I need to find a way to significantly increase my traffic and I’m about out of ideas.  Maybe it’s just that “I need to have patience” thing again.  I know my blog is different than the normal blog and that is why a lot of y’all like it, and I don’t want to do anything to jeopardize that, but I really would like to see a big increase in readers.  I’ve been told that I should wait at least 1 year before I do anything drastic, but this doesn’t really seem drastic.  I mean I’d still be doing the same post, I’d just be adding additional things.  Probably will not change the name of the blog either because it is out there on the net pretty good with the name I have now.  Bottom line is, I don’t want to be like everyone else because I’d be just another blog in a sea of blogs.  But those other blogs seem to be getting more traffic than me, so I want that.  Anyone think this is a bad idea?  Is so, why?  I’ll get on with the normal post now, I just had to vent, again. 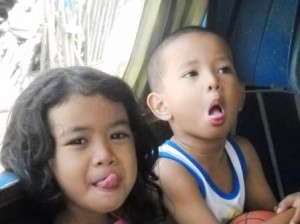 Wow, Sunday, 5 Dec sure was a boring day.  I got up at 0912, I had no breakfast and spaghetti for dinner.  Only 1 plate of spaghetti this time instead of like the 2 I had last week.  I got down to that 128 kilos and I don’t want to see the 130’s again.  I watched TV almost all day and I checked the Top Blog site, which turned out to be the best we’ve ever been on there since I’ve been checking.  We were 378 of 1581 (23.9%).  I didn’t even check the Overall that day.  That’s all that I had written down for that day and that’s really all I remember doing on Sunday also.

This morning I was up at 0600.  I got up to watch the Cowboys play against the Colts.  I came in right when the Colts made their first touchdown.  I figured that was bad luck and maybe I should log back off and just check the score after the game.  But I stuck around and I’m glad I did.  Even though they blew a big lead and for awhile there tried to give it away, they pulled it out in overtime, 38-35.  That’s 3 of the last 4 now, and should have won the one they lost.  It’s too little, too late, but I’m glad to see they are finally starting to get some chemistry going.  I guess getting rid of Phillips was the answer (as I said about 2 months ago).

Lita was extra gripey this morning, but she is better now.  She is back to her normal gripey now.  I guess she was having a bad morning, it happens.

I had corn flakes for breakfast this morning and the rest of the spaghetti for lunch.  No dinner tonight because I can still feel the spaghetti so I guess I don’t need to eat.  I’ll eat the rest of the cereal in the morning.  After I had the cereal I watched TV until about 12:30pm and then it was time to get ready to go downtown.  Of course Ado was the driver again and we had 5 stops to make today.  First and foremost was UCPB.  As we were heading downtown, almost there, I remembered that I forget to bring my passbook for our account.  We had to drive all the way back to the house to get it.  That’s the second time that I’ve forgotten to bring that passbook.  When we finally arrived at the bank it was about 1:30pm and there were 3 tellers working and only 1 customer.  I love going there during that time frame (1 – 2pm), but today didn’t turn out so wonderful.  Although there were 3 tellers working, only 1 of those was doing transactions in dollars.  I’m guessing that your guessing which teller was the only one doing the dollar transactions.  If you guessed the only one that had a customer, then you would be correct.  Although the other 2 had no customers for about 10 minutes after I got there, I had to wait.  Of course the one customer’s transaction took a long time.  There were 2 other customers that came in, and left, before I even got up to the counter.  When I finally did get up there, the teller wasn’t even sure about what he was doing.  He had to ask the other tellers questions to get it correctly.  He also had 2 overrides while processing my transaction.  All that, plus the fact that he was a bit slow, had me in the bank about 30 minutes.  That’s way too long for a simple transaction.  I wonder if Metro Bank takes that long?  I need to get Lita downtown and open an account there, maybe.

I guess I shouldn’t have mentioned the corn flakes.  I had to go get a bowl of them.  I’m eating them now.

Our next stop on our downtown trip was at the Home Depot.  We were there to buy a fluorescent light (for LolyKat), a hammer, extra electrical wire for the light, a new faucet head for the leaky one outside (couldn’t find a new gasket) and the last item on the list was a new door knob for our bathroom.

The fluorescent light we bought I think was a 28 watt bulb.  Arnel installed it, but Lita said it wasn’t bright enough, so Ado is going to exchange it tomorrow.  We have already given him the receipt.  Lita told me to just get the brightest bulb they have there.  When I was purchasing the hammer, they all looked the same, except the one I chose had my last name on it, and I didn’t see another one there that did, so I figured that was the one for me.  I let Ado pick out the faucet head, because I’m not sure about such things.  The last item, the door knob, I picked out.  I was looking for one that did not have a lock on it, oh we did by a sliding bolt lock there too.  I couldn’t find a knob without a lock though, so I just got one with.  The first knob I picked out was one that one of the sales guys handed me.  It was P762.  As I was looking, I saw them at all different prices.  Well I don’t need anything fancy for the bathroom door, I just need for the door to close right, that my only condition.  I saw knobs in the P500, P300 and P200 range.  I ended up getting the cheapest one I saw.  I think it was P286.  I do that a lot, but I hope I don’t end up regretting ‘going cheap’ this time.  If so, then I guess I’ll end up getting a more expensive one later.  Total price came up to P1487 (about $35).

For the next stop all we needed to do was buy a small notebook with an extra plastic cover on it, so it wouldn’t get so wet, so fast.  Ado brought me to a store that I’ve never been to before that.  I went in, saw the notebooks and headed for them.  Well it seems that someone took down the sign that says “Employees Only, Do Not Enter”.  I just went straight back there until Ado told me.  I came out and look over at the notebooks and wanted to have a closer look at a couple of them.  There were a lot of customers in that store, but two different employees walked past those notebooks and when Ado asked them if we could look at a couple, they just ignored him and went back to their other customers.  Know I can understand wanting to get back to your customers, but it wouldn’t have delayed them more than 1 second to pick up one of those notebooks and put it on the counter for us to see.  Well I got tired of waiting and being ignored.  I walked out of the store and went to the Oki Oki store (the Korean Store) that I normally go to.  As I was getting ready to cross the street to go in the store, Ado came out looking for me.  I told me that I’m tired of waiting and I’m just going to get the notebook here.  I walked in the store, walked up to the notebooks, picked out a nice one that had Wonder Woman on it (the notebook is for Lynn), went to the counter and paid the P17.  No trouble, no waiting.  I can say that I will never go into that other store again to shop for anything.

Next we stopped to get some gas for the Nissan.  I told them to put in P200, but then changed it to P300.  I got a picture of the pump.  I’ve never seen a pump that has a keypad on it to punch in the amount to dispense, on the side, especially when you are paying cash.

Next stop was to be Monterrey.  I needed to buy some more hamburger meat, some bread and some bacon, if they had it.  Before we got there though, Ado stopped to get some air put in the tires.  It only cost P5 to inflate all 4 tires to the proper size.  It cost P5 regardless if you use air in 1 tire or all 4, but they do check every tire and inflate accordingly.  So we finally made it to the last stop, Monterrey Meat Shop.  They still had about a dozen small packages of hamburger meat and 2 loafs of the bread we like, but there still was no bacon.  I bought 1 loaf of bread and 3 hamburger meats.  I also got a couple of liters of Mirinda orange soda.  One was for our house, one for Ado’s house.  I’ve already drank all of the one for our house.  Lita’s did have a small drink of it, but I drank the rest.

The rest of the day I spent watching TV and surfing the Internet.  That’s my normal day.  It’s 10:20pm now and I’m ready to insert some pictures that I took while downtown today.  I don’t think I took the normal 8 pictures, but maybe.  Oh, something else.  I put new batteries in this camera yesterday, but they must have been old batteries, because the camera was already saying, batteries exhausted.  That’s why I didn’t get to take as many pictures as I wanted to, but I think I have some from last night also to post.  I’m hoping there are at least 8 good one.